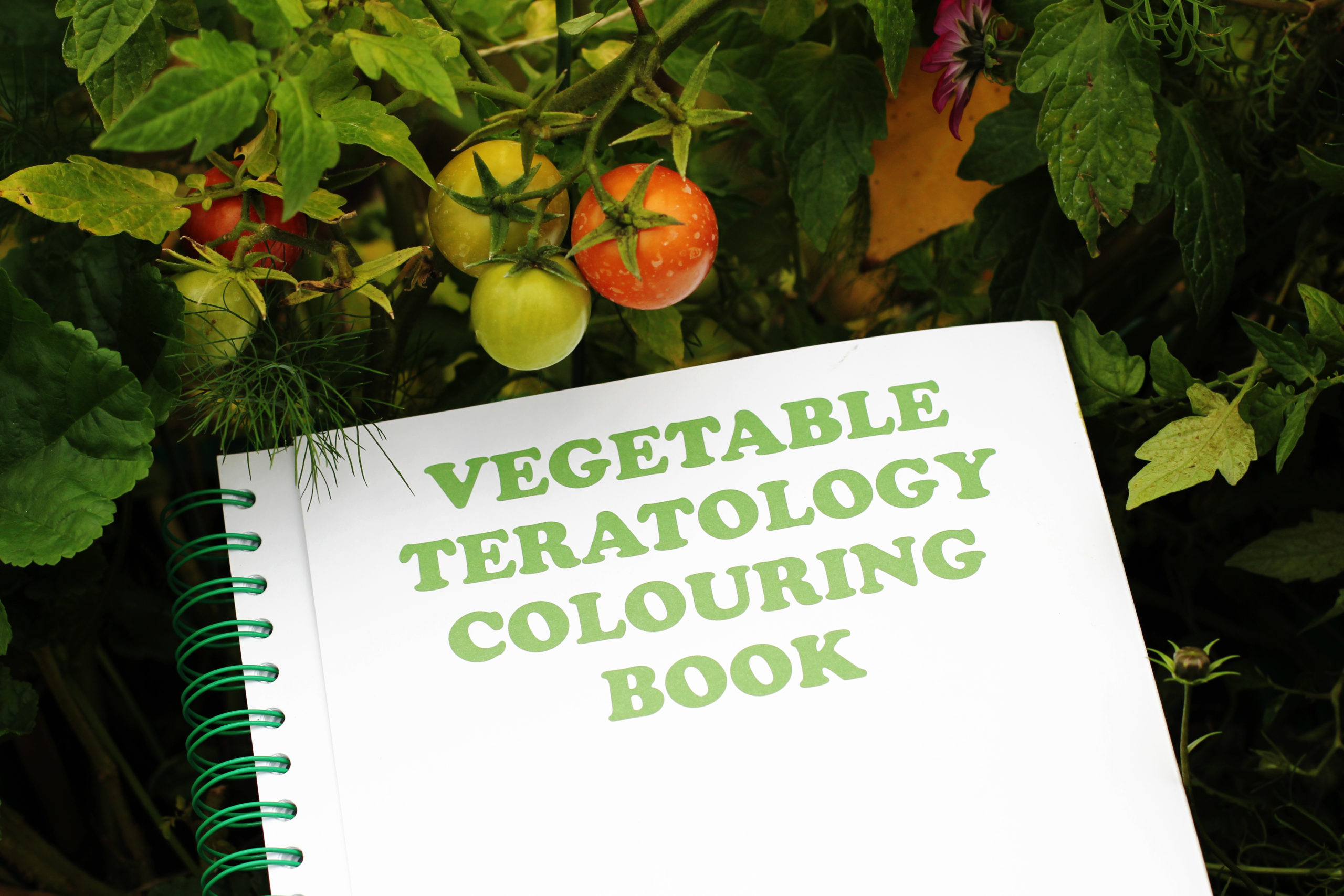 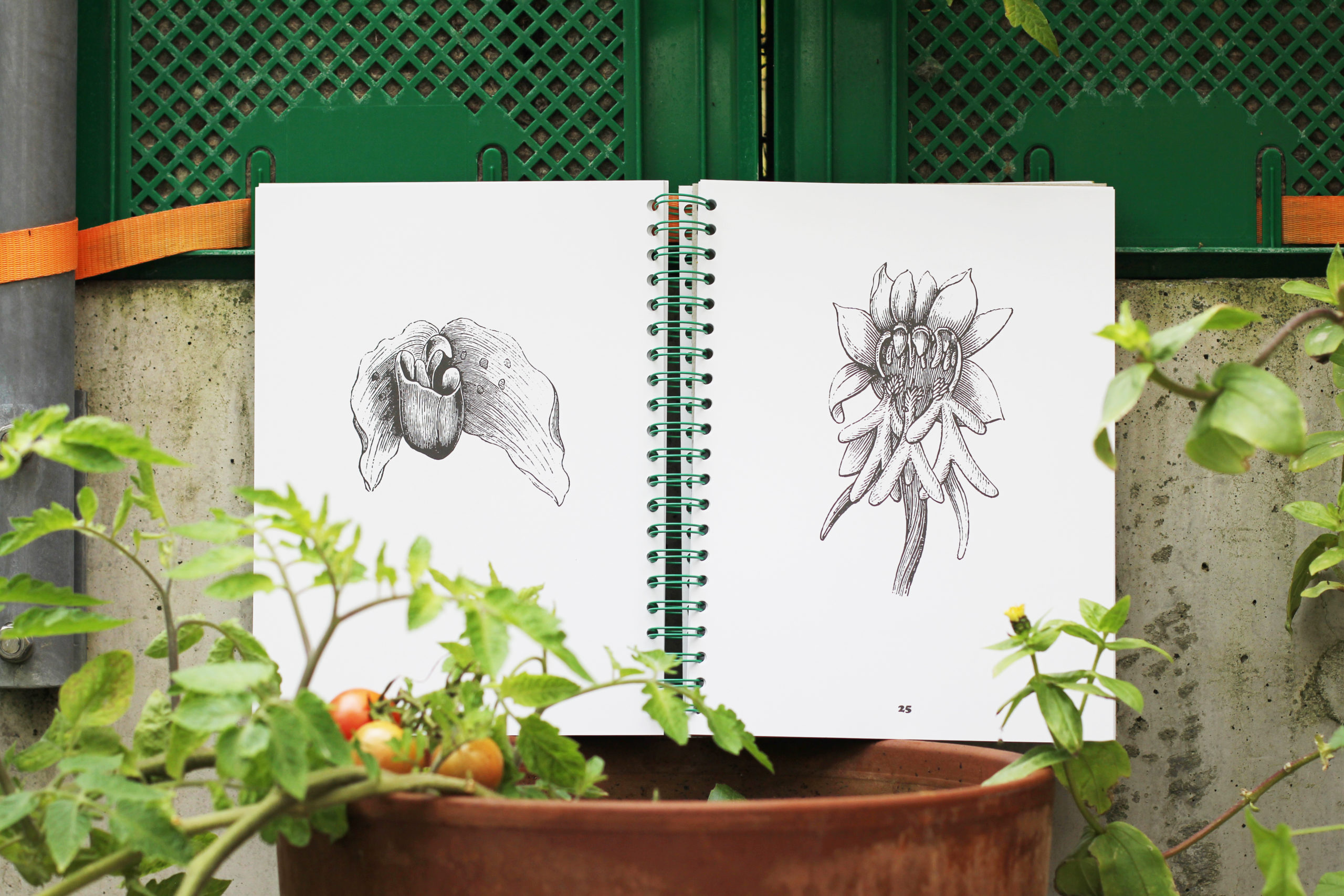 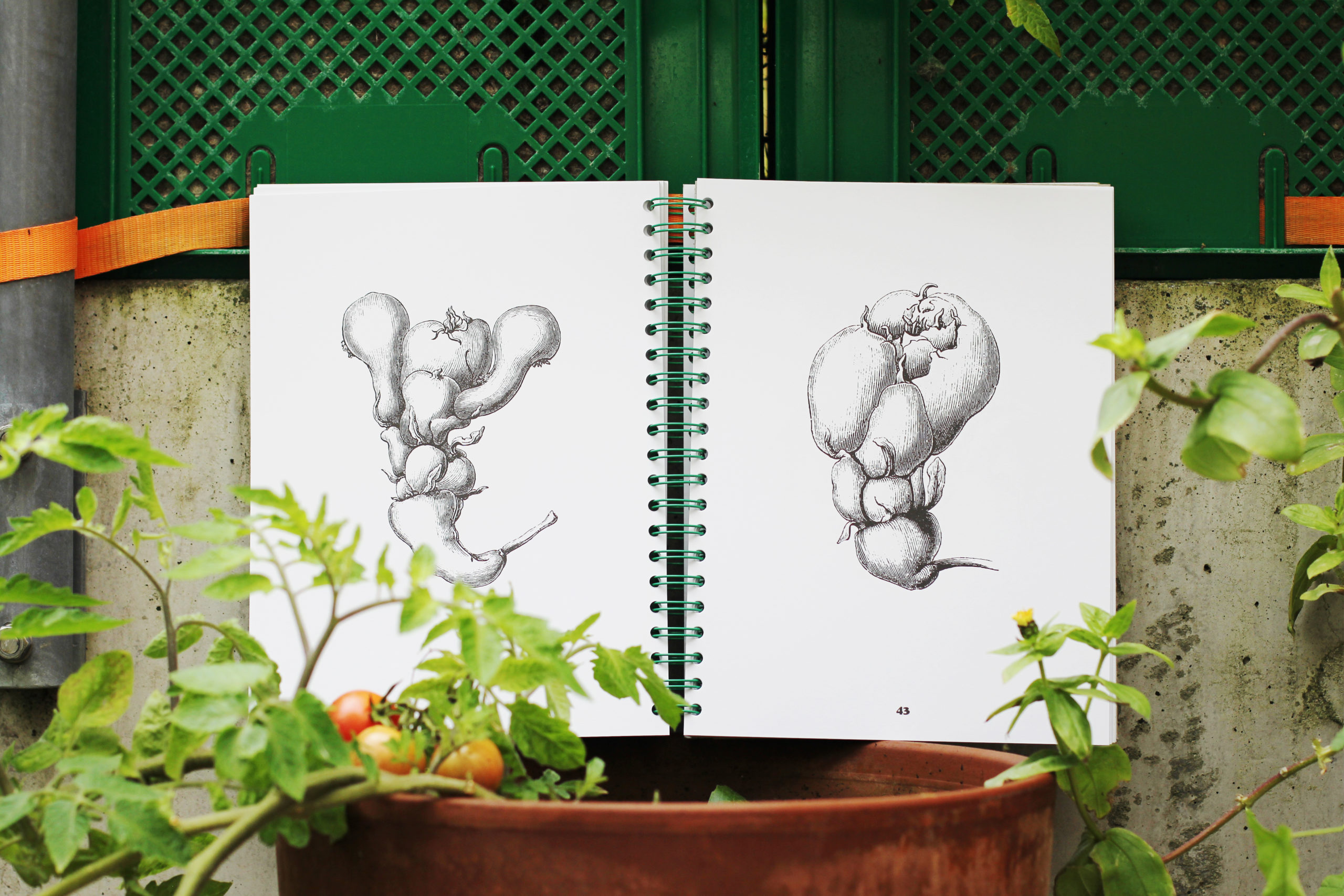 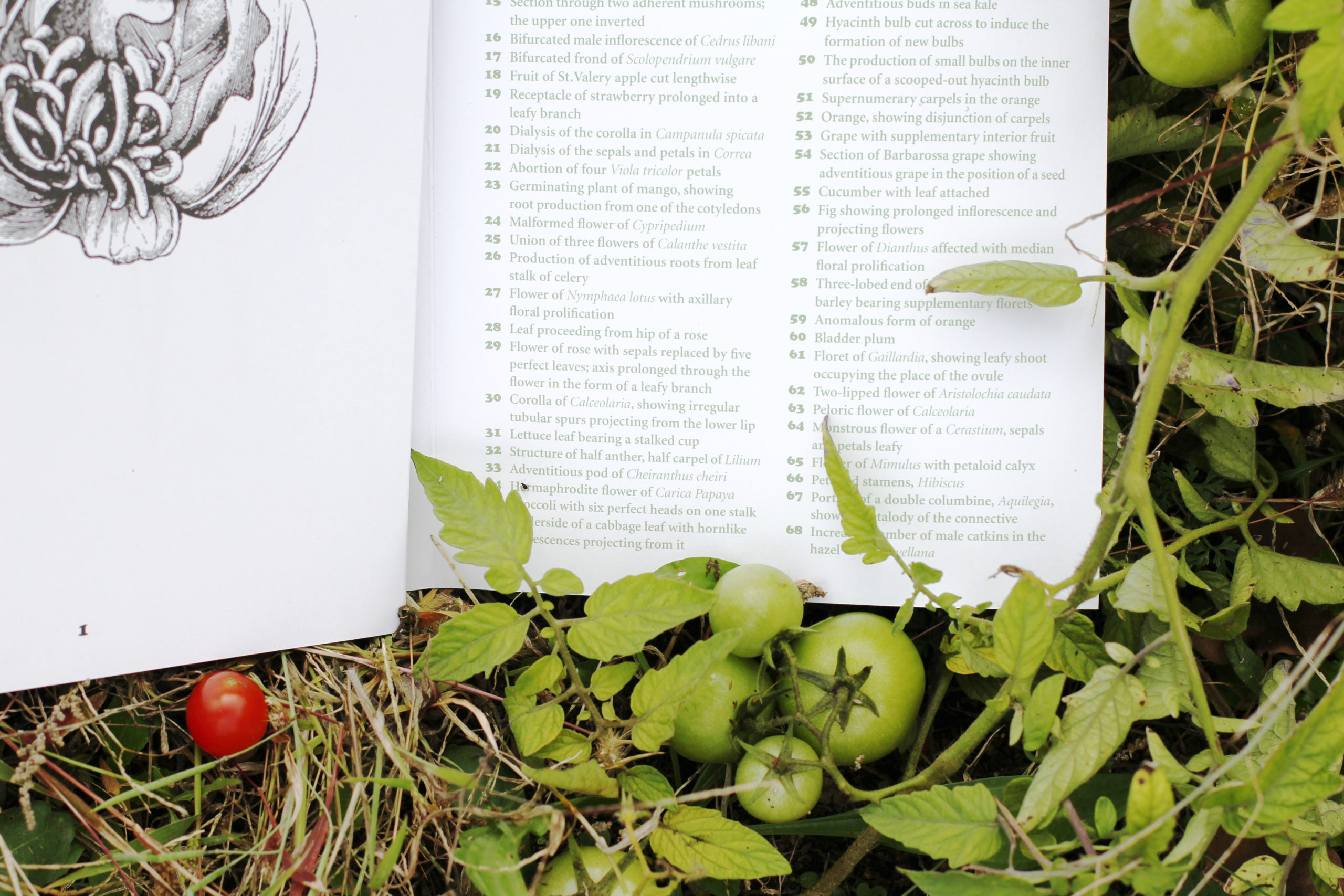 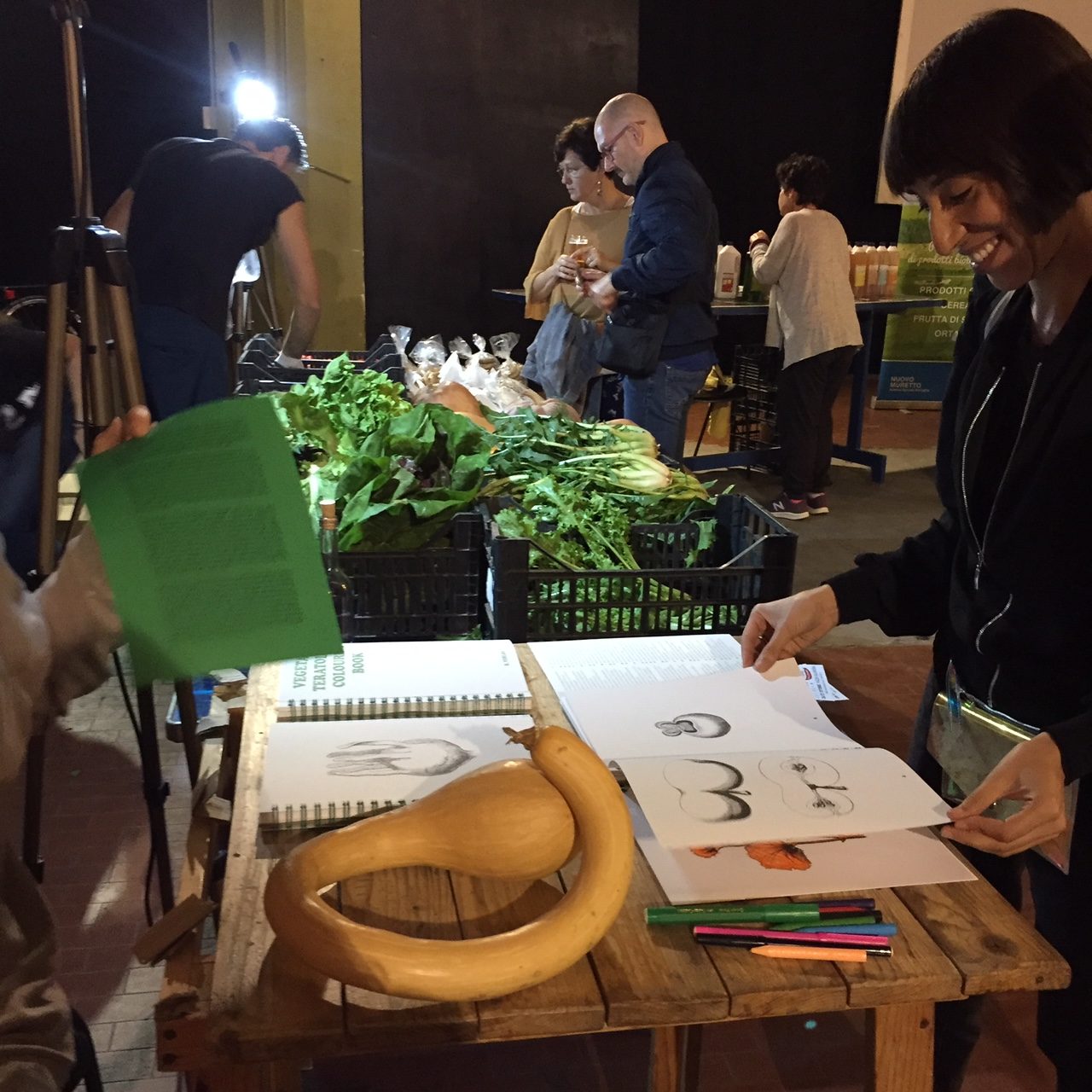 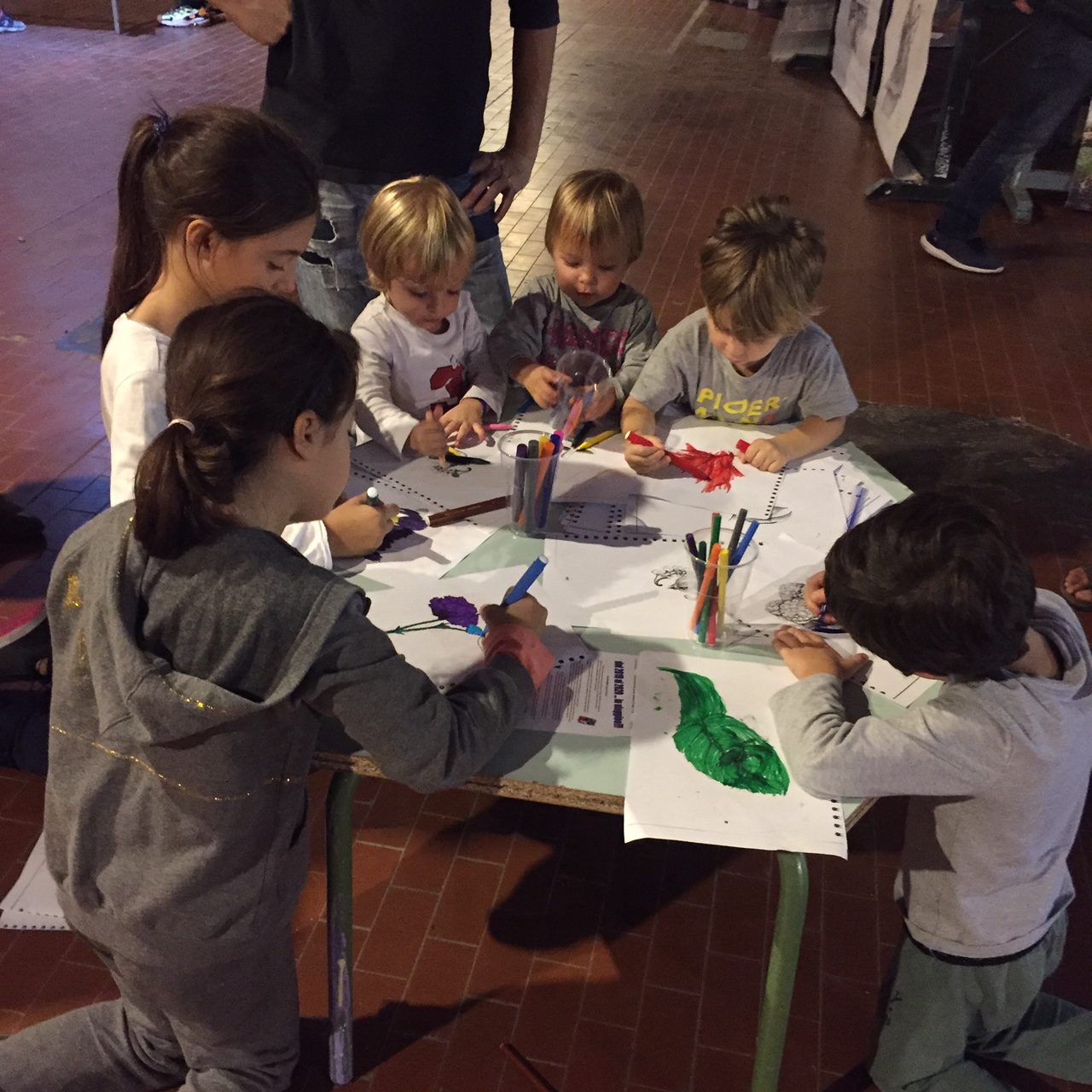 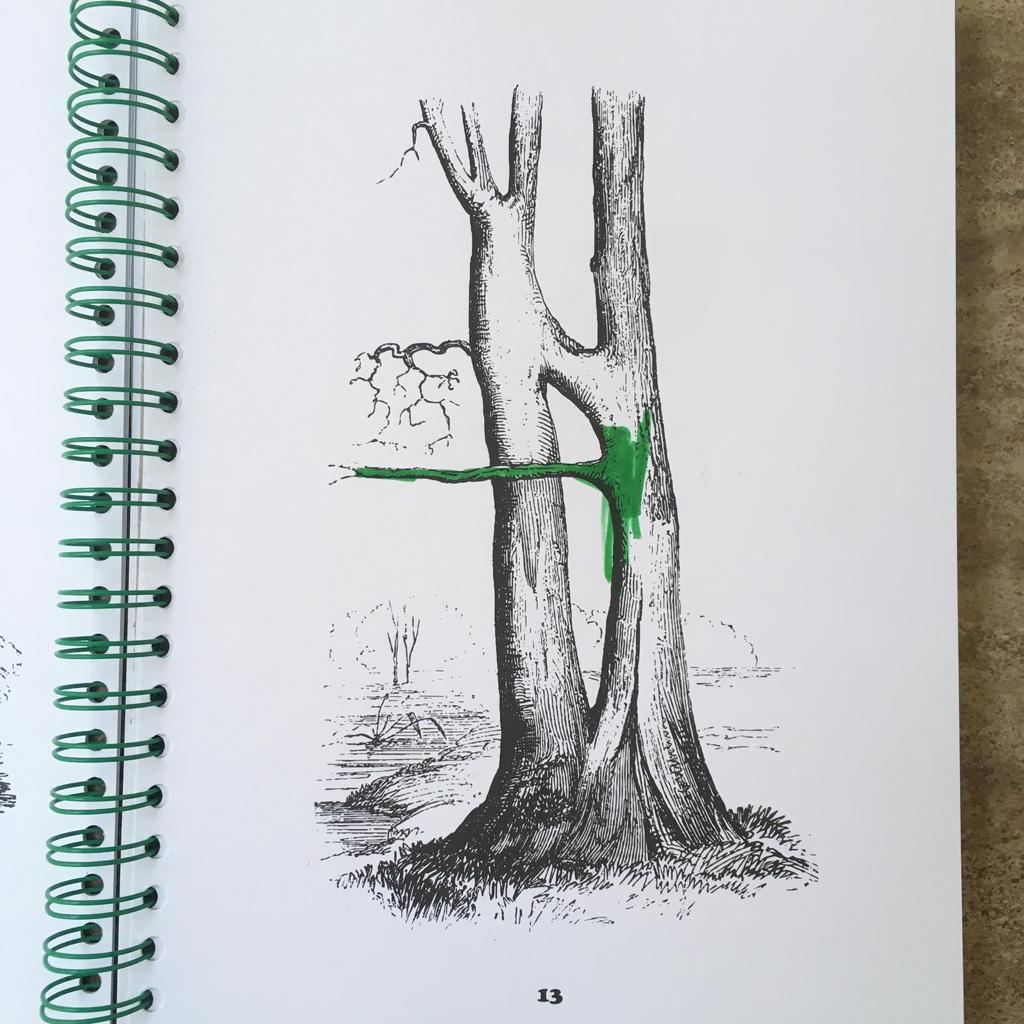 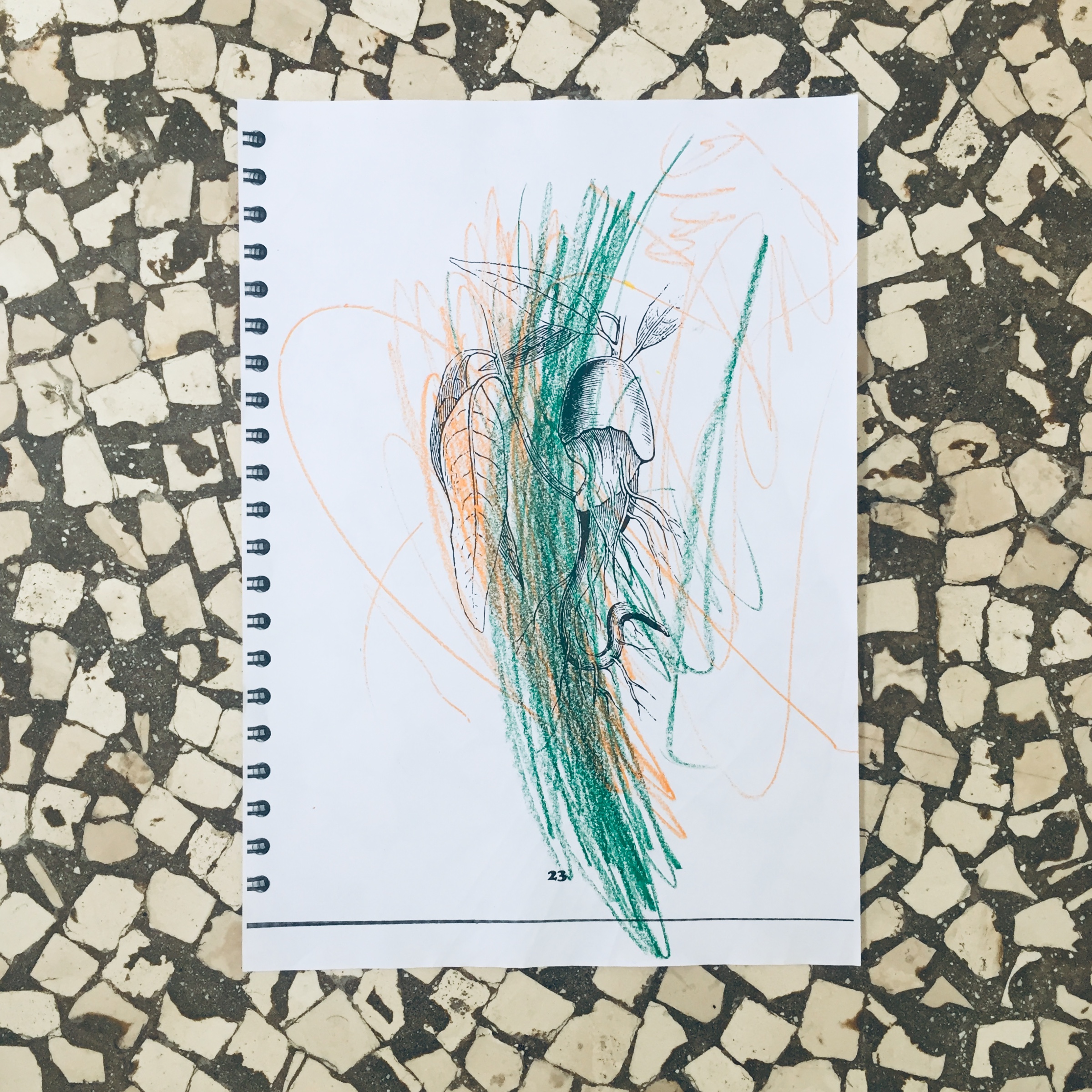 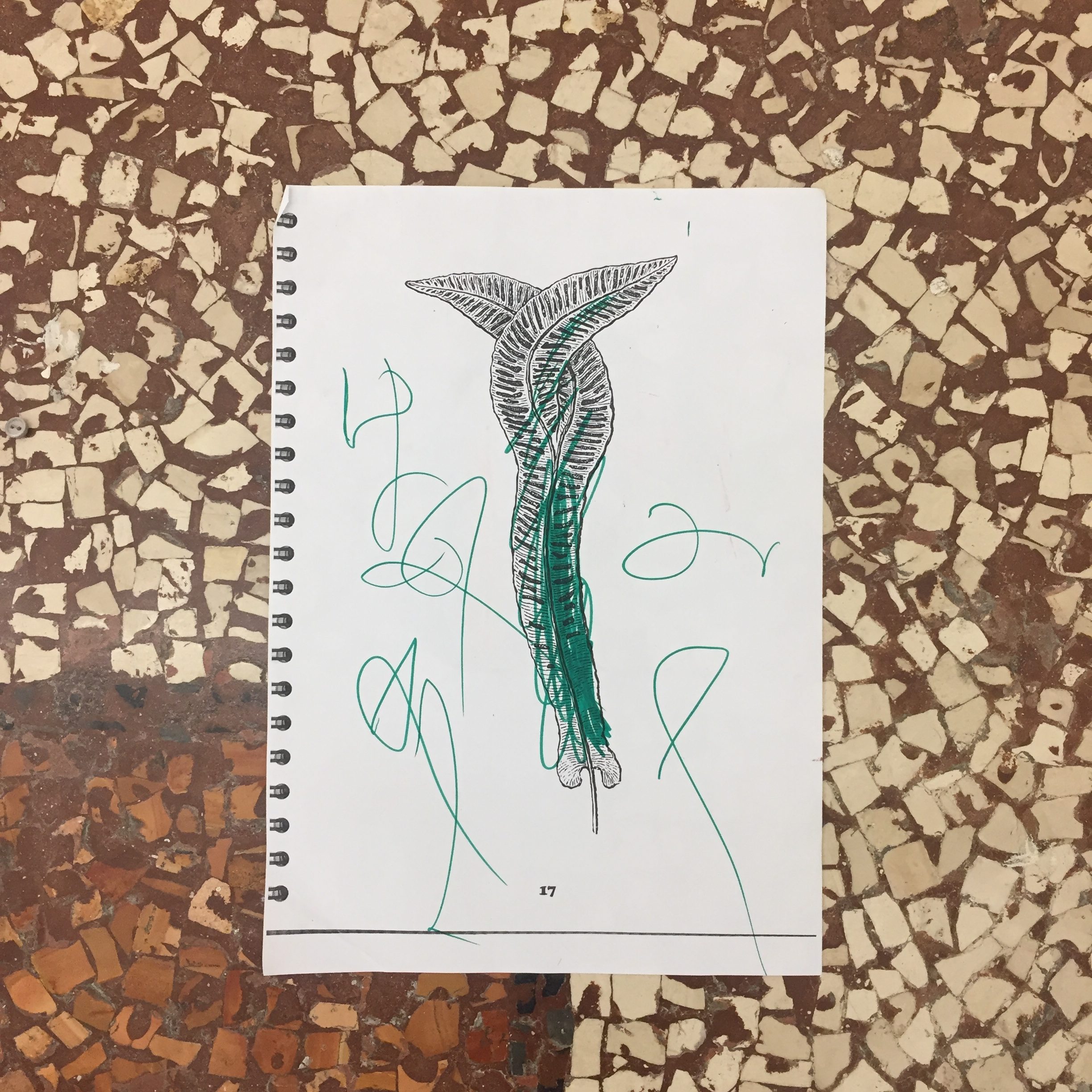 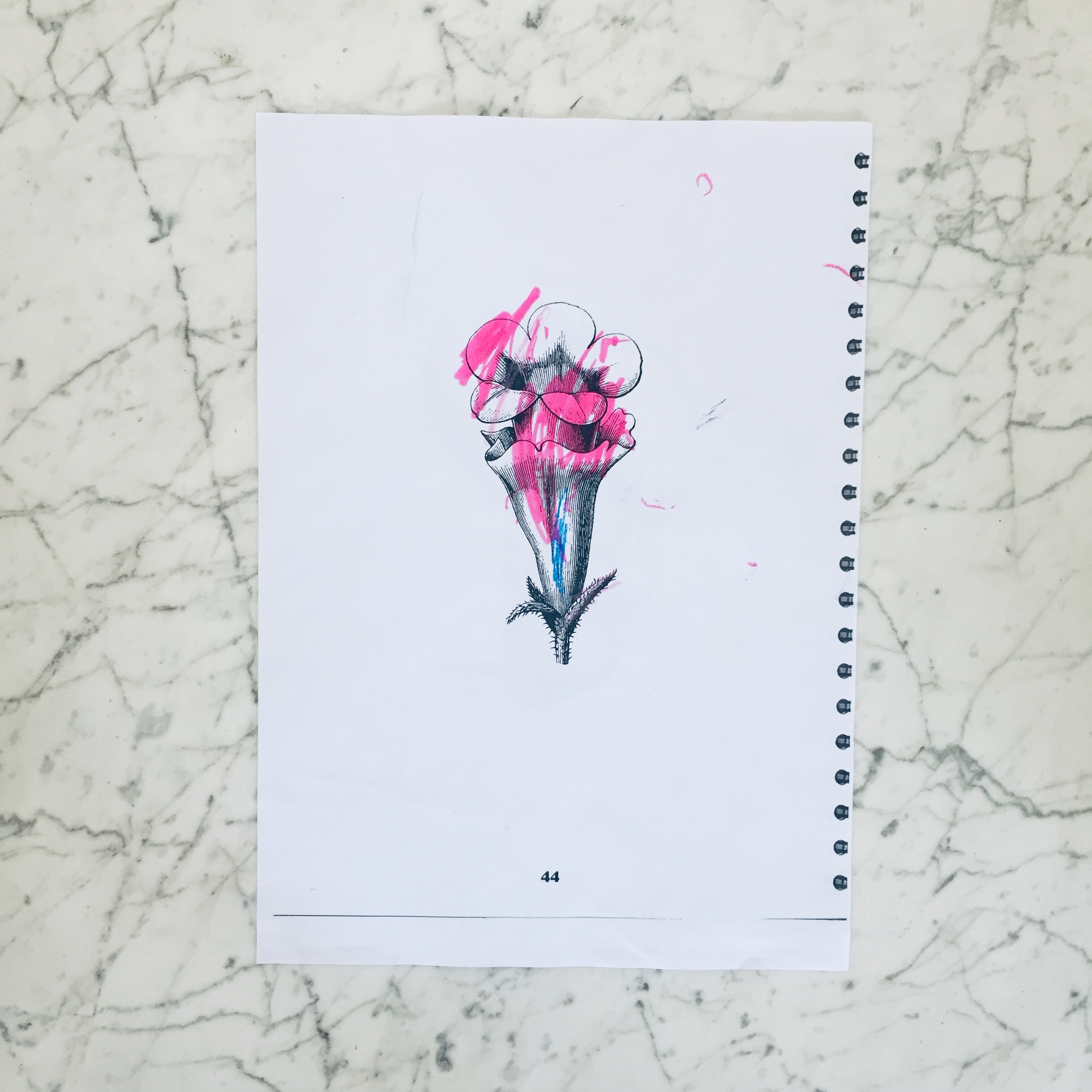 The problem with coloring books is that they seem to be more about filling time rather than a page. It’s as if they suggest that there is no negotiation involved in the processes which give shape to things on paper, or the subjects they depict. Shouldn’t geometry, scale and proportion be as wild on paper as they are in the wild? This small book is not about censorship, nor is it explicitly about the colouring-in of vegetables: the full-page figures from Maxwell Tylden Masters’s Vegetable Teratology: An Account of the Principal Deviations from the Usual Construction of Plants (1869) are not bound to botany. As abstract illustrations they function as an exploration into morphological occurrences, rejecting the goal-oriented, the figurative, and the categorical. Following a traditional format, the Vegetable Teratology Colouring Book (edited by Nina Canell & Robin Watkins) attempts to open up a creative bypass, embracing the multitude of forms that may emerge as a pear or plum. Time then to draw out the possible colors of fruit to come.

In the publication, Masters’s botanical illustrations have been contextualised by a glossary, image captions, and a short text by Robin Watkins.

[Photos on left from exhibition at Progetto, Lecce—see Events for details]

Published by K. Verlag in October 2019