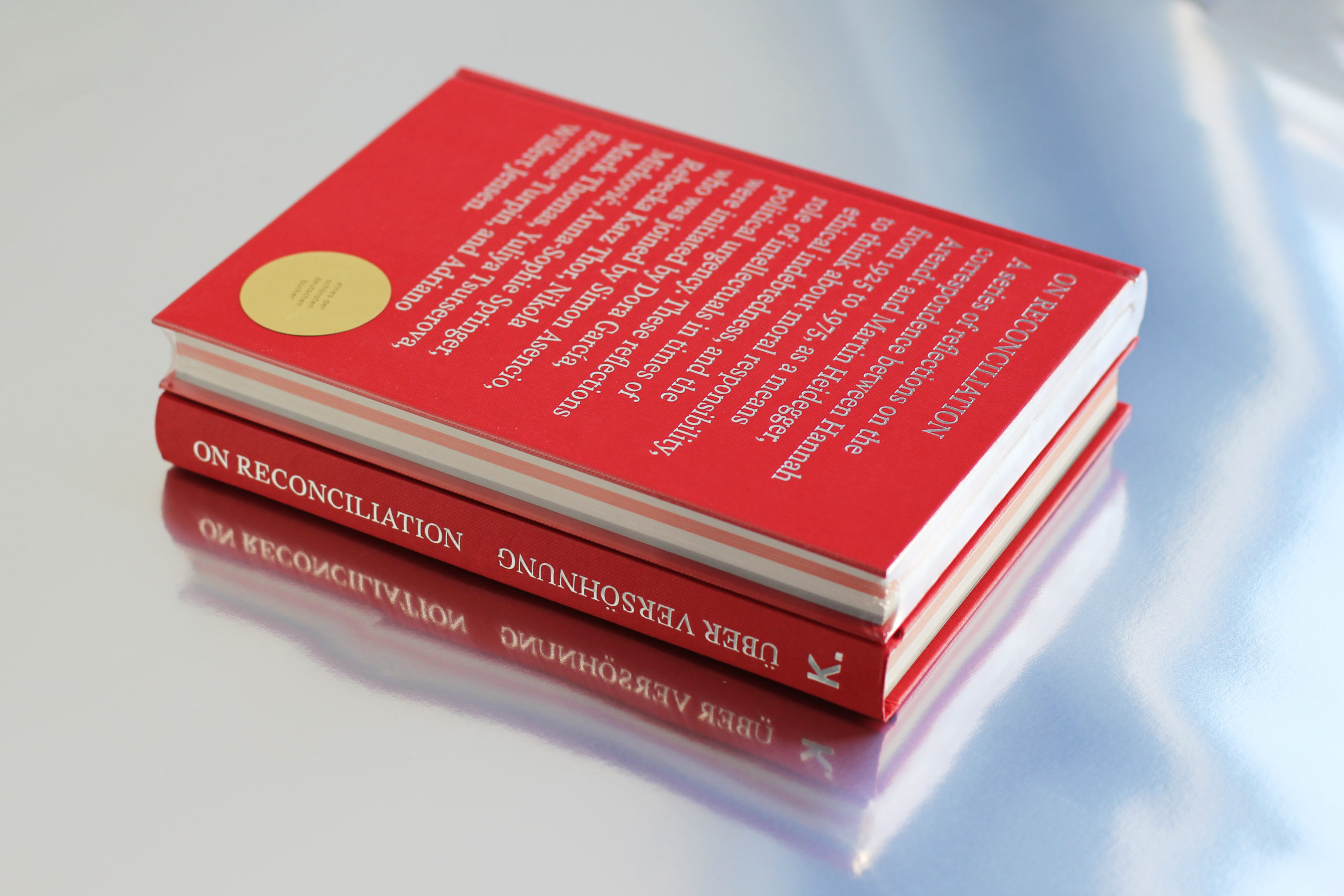 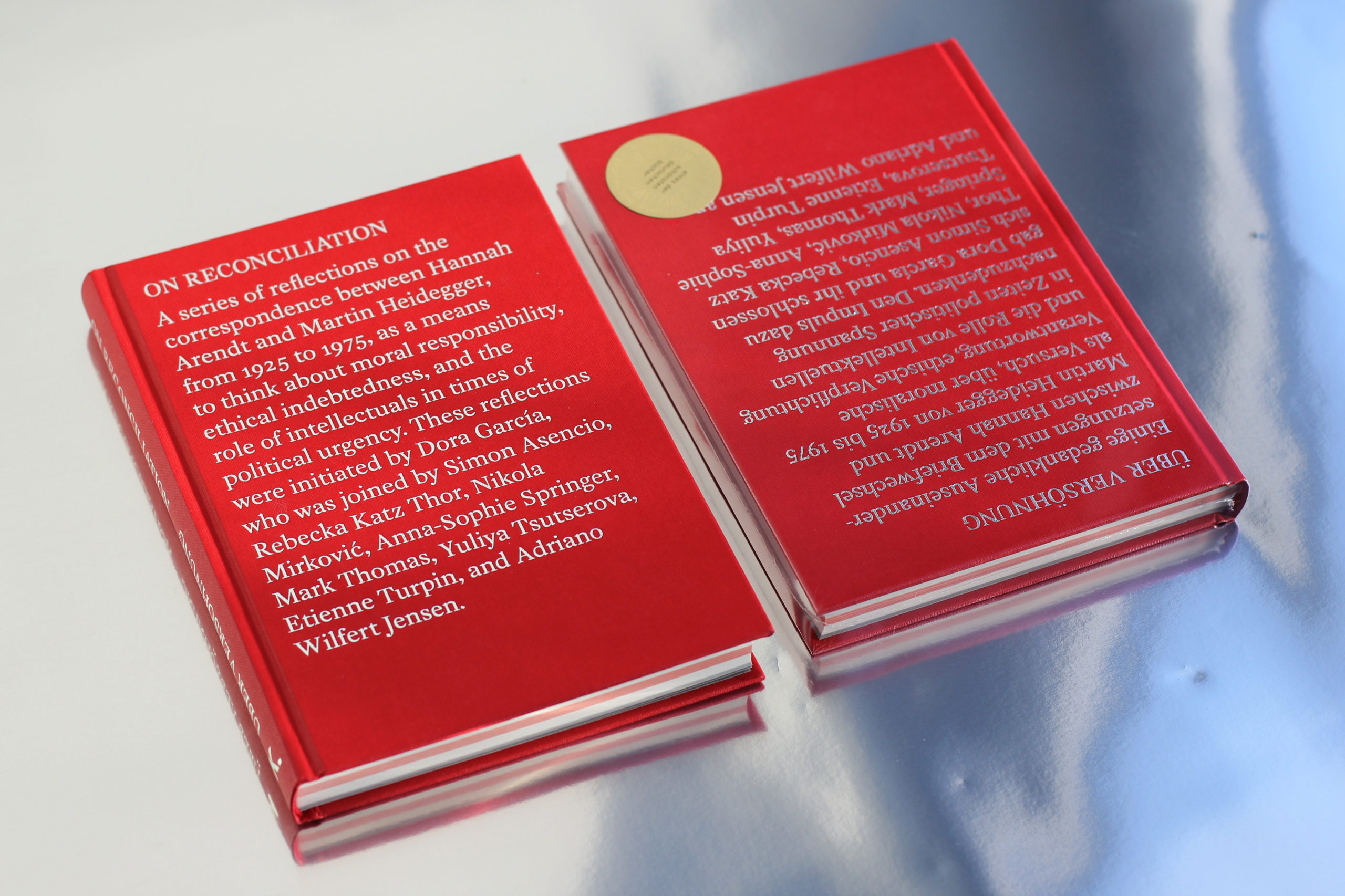 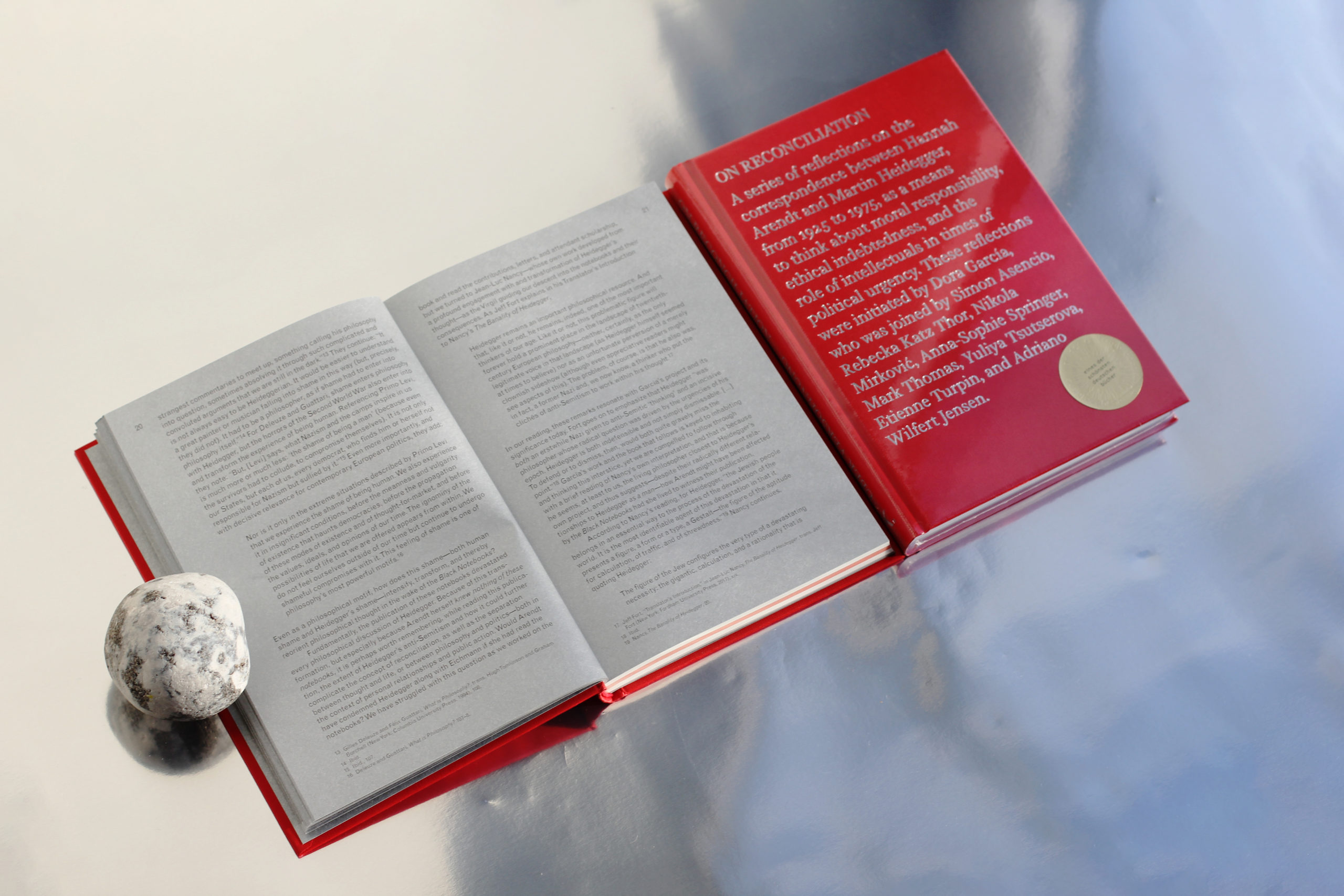 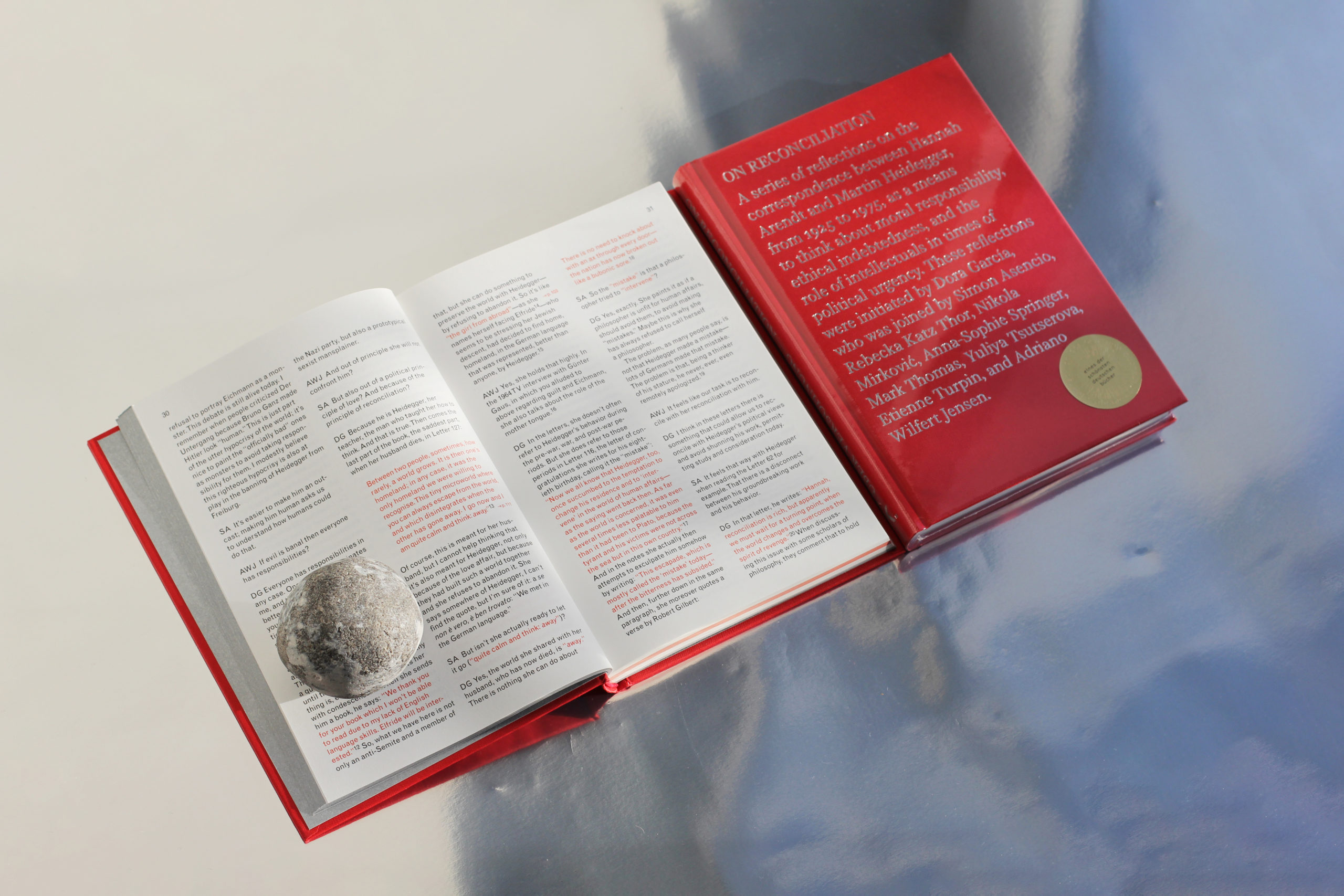 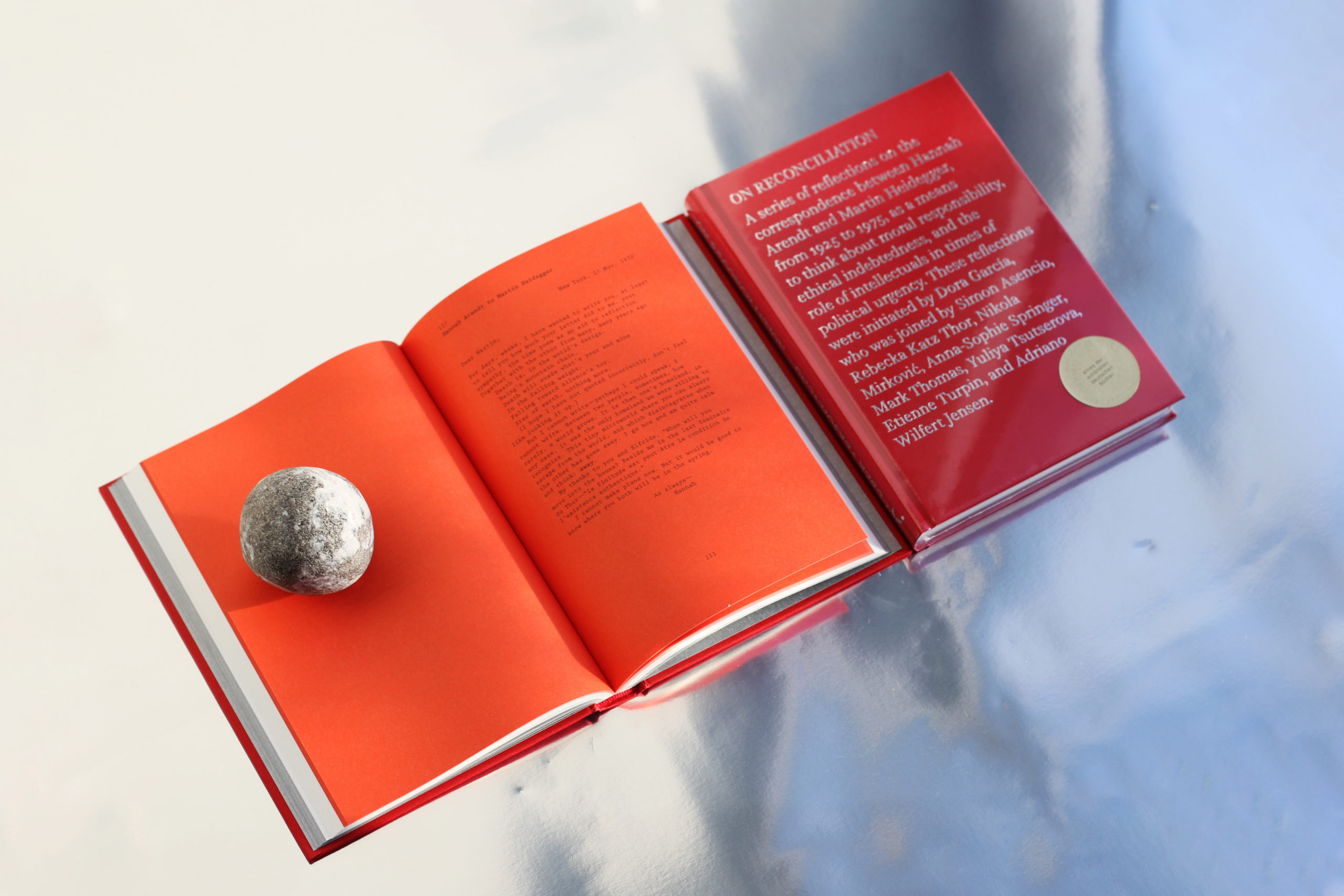 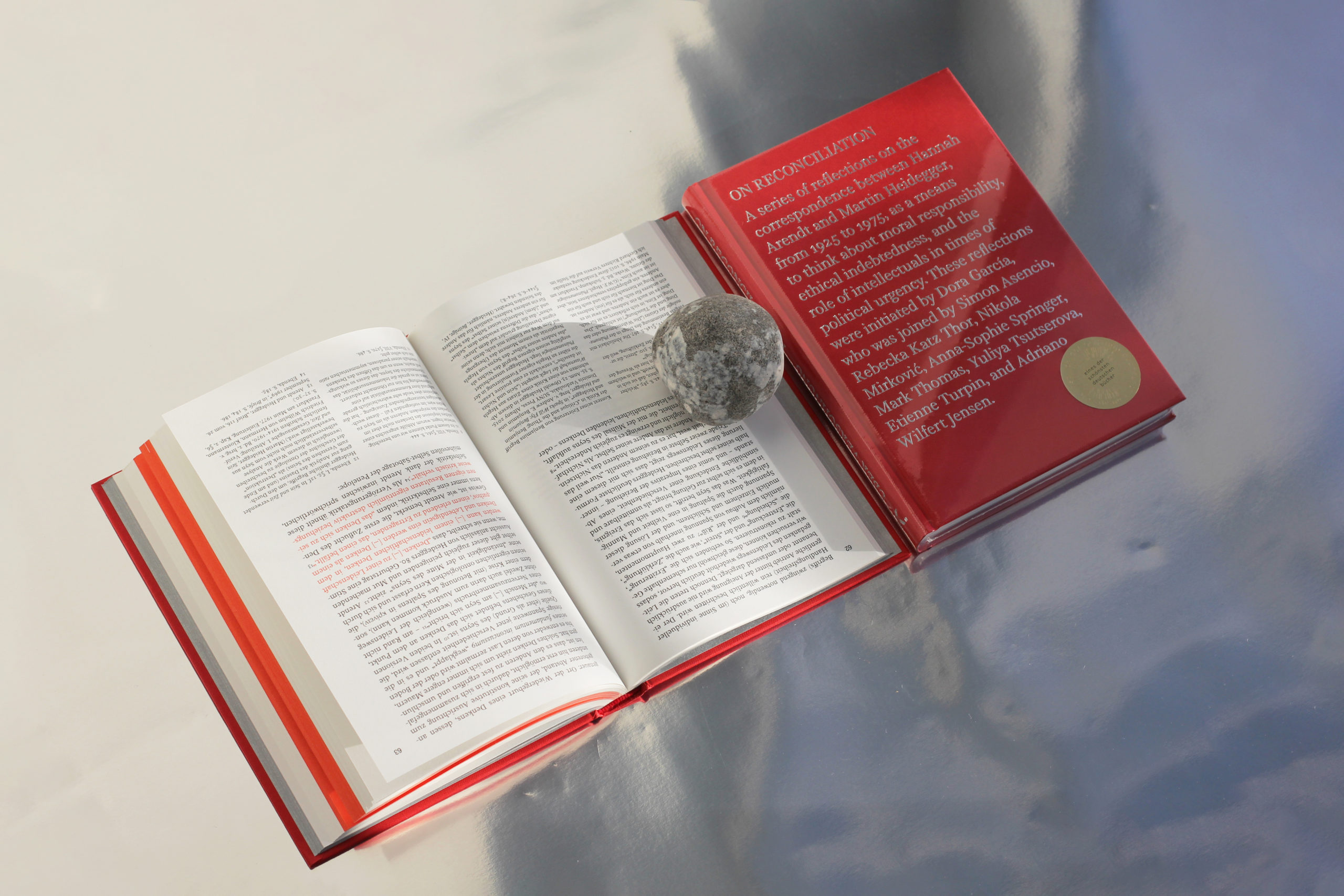 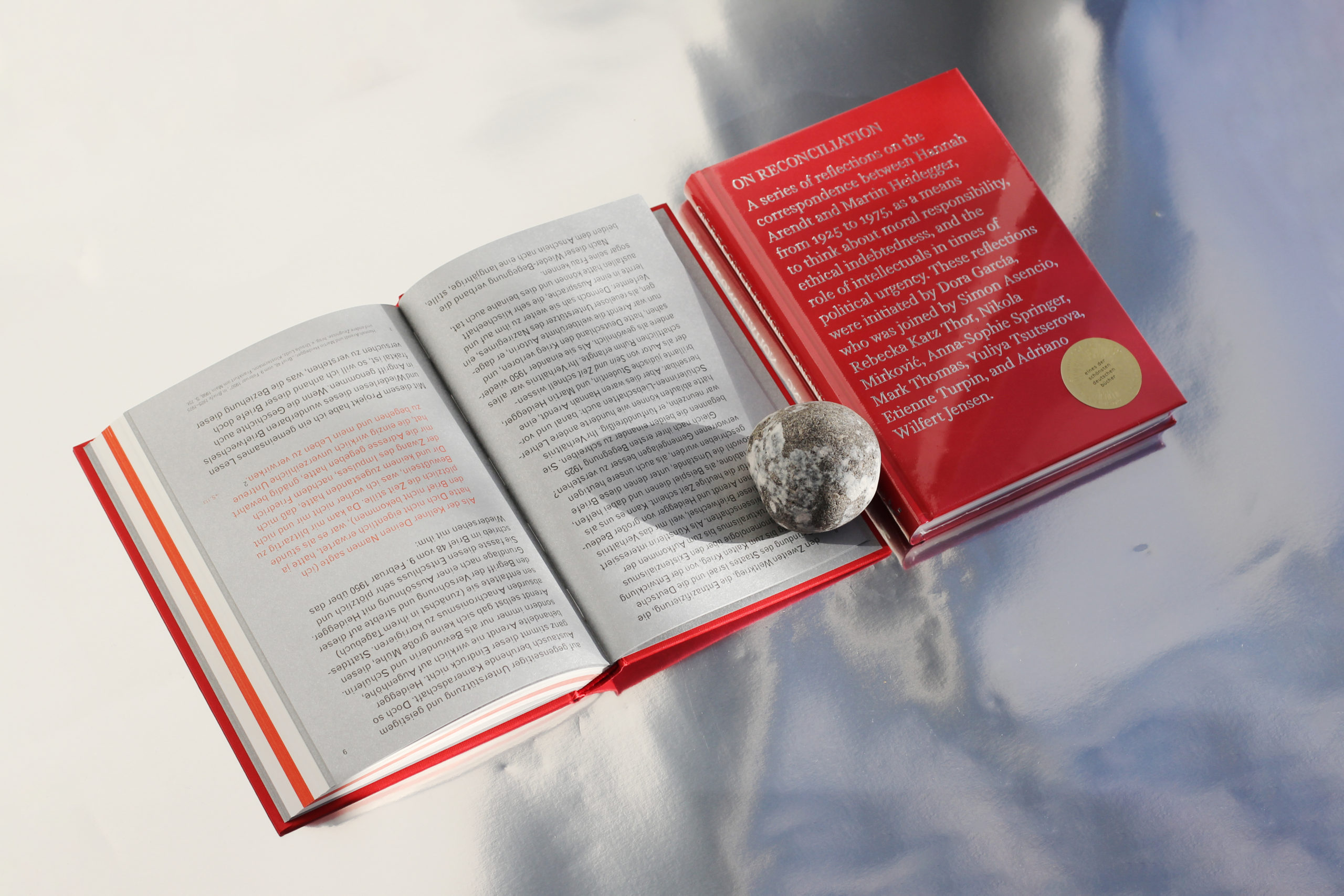 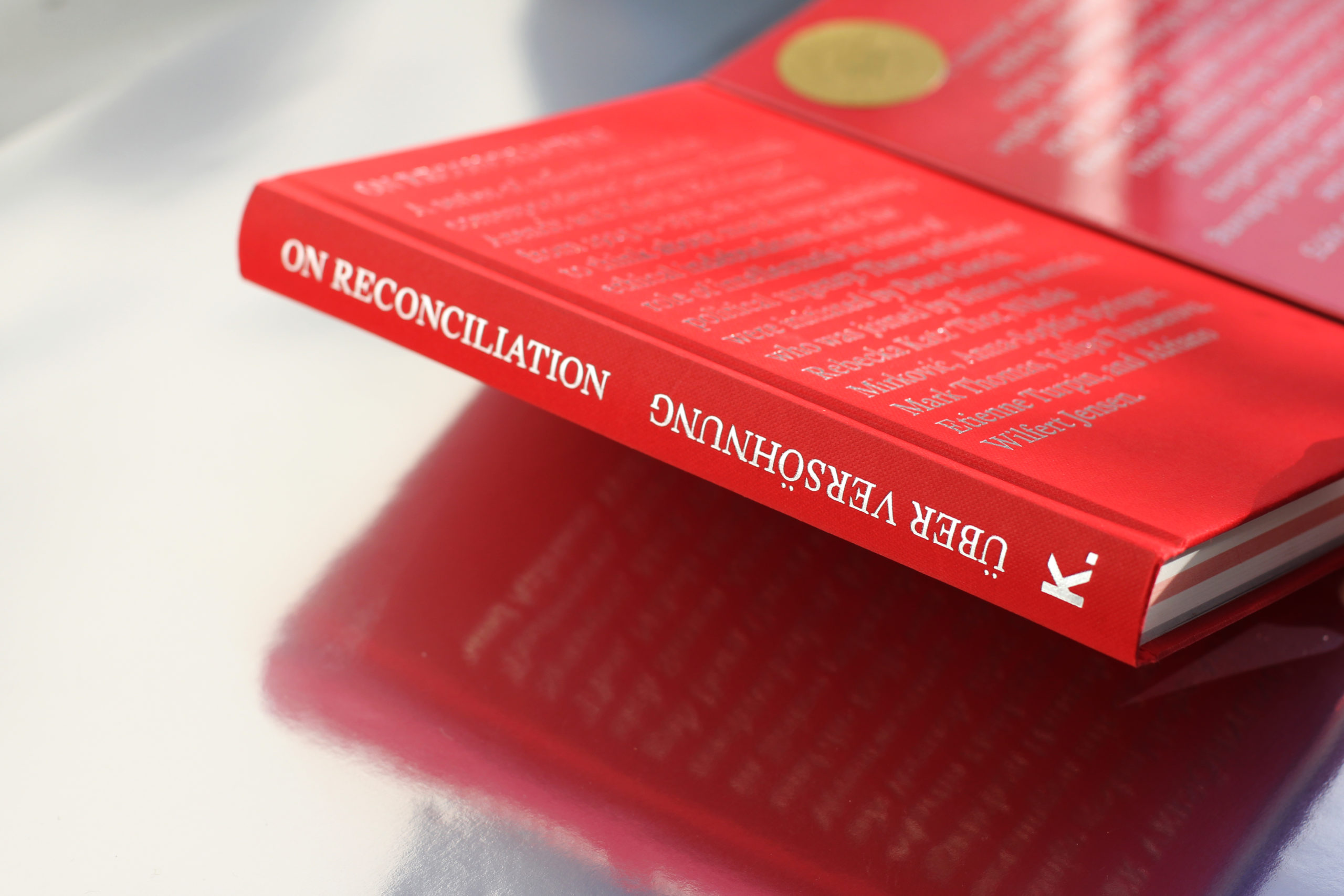 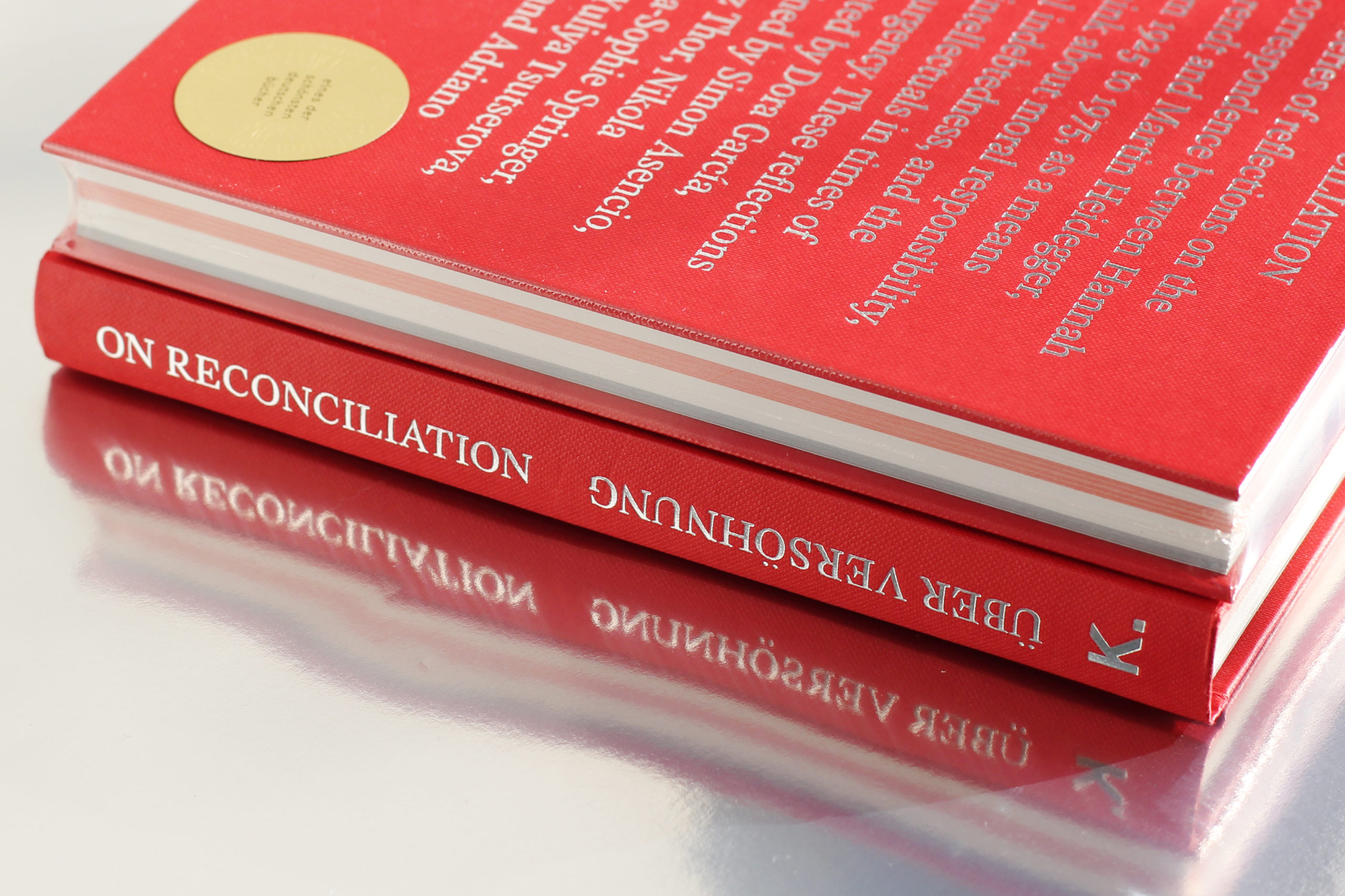 The bilingual publication On Reconciliation / Über Versöhnung uses the letters exchanged between Martin Heidegger and Hannah Arendt from 1925 and 1975 as a departure for a series of essays and conversations aiming to encourage a public debate on a difficult subject: the question of ethics and artistic production. The conceptual background is Arendt’s notion of “reconciliation” as an act of political judgment that, unlike revenge or forgiveness, can respond to wrongs in a way that fosters the political project of building and preserving a common world. In García’s view, Arendt not only formulated the concept of reconciliation to make bearable the world after the Second World War, but also to rationalize her unconditional loyalty to Heidegger (founded in youthful love) and her lifelong devotion to his oeuvre. Heidegger was infamously a member of the Nazi party and (arguably) the most important philosopher of the twentieth century, while Arendt was a German Jew who fled Europe to escape the Holocaust, later becoming an acclaimed social, historical, and political theorist.

Begun in the wake of the debate following the publication of Heidegger’s Black Notebooks, the starting point for On Reconciliation / Über Versöhnung was a commission by the Galerie frür Gegenwartskunst of E-Werk in Freiburg in 2016. Shortly after these cahiers shamelessly exposed the philosopher’s Anti-Semitism and Nazism, the University of Freiburg (where he had been rector at the beginning of the Nazi period) eliminated its Heidegger Chair in the Philosophy Department—though the cause was never made fully explicit. Articulated through various formats such as an exhibition, performances, public dialogues, and a publication developed in collaboration with K. Verlag, On Reconciliation / Über Versöhnung approaches the following question: Should moral positions be demanded from authors (in addition to professional excellence), and should their failure to satisfy our (contemporary) ethical standards be a reason to dismiss their work completely?

Published by K. Verlag in collaboration with the Gallery for Contemporary Art – E-WERK Freiburg and the Academy of Fine Art Oslo/Oslo National Academy of the Arts.

Made possible with the kind support of the Oslo National Academy of the Arts.