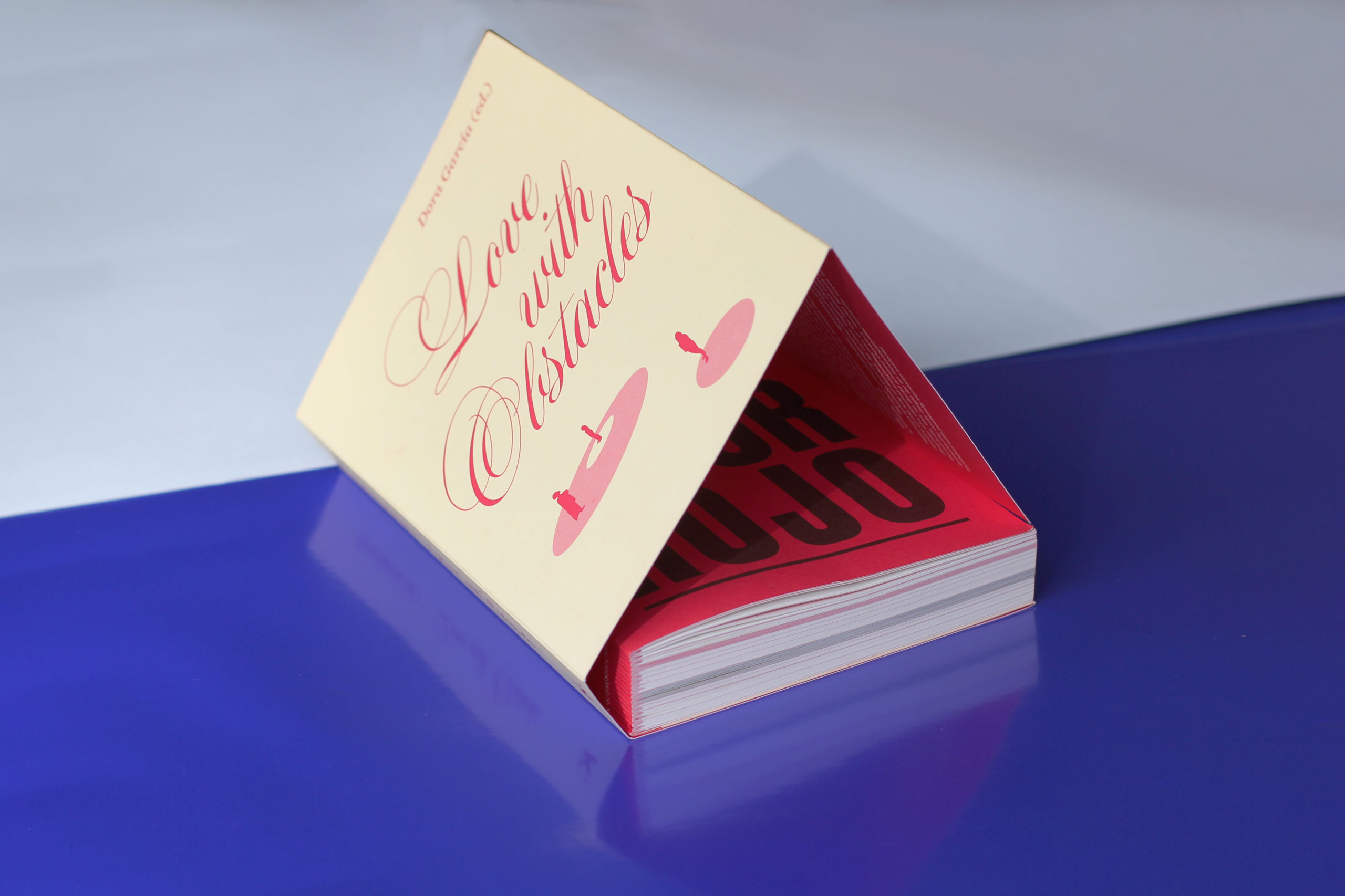 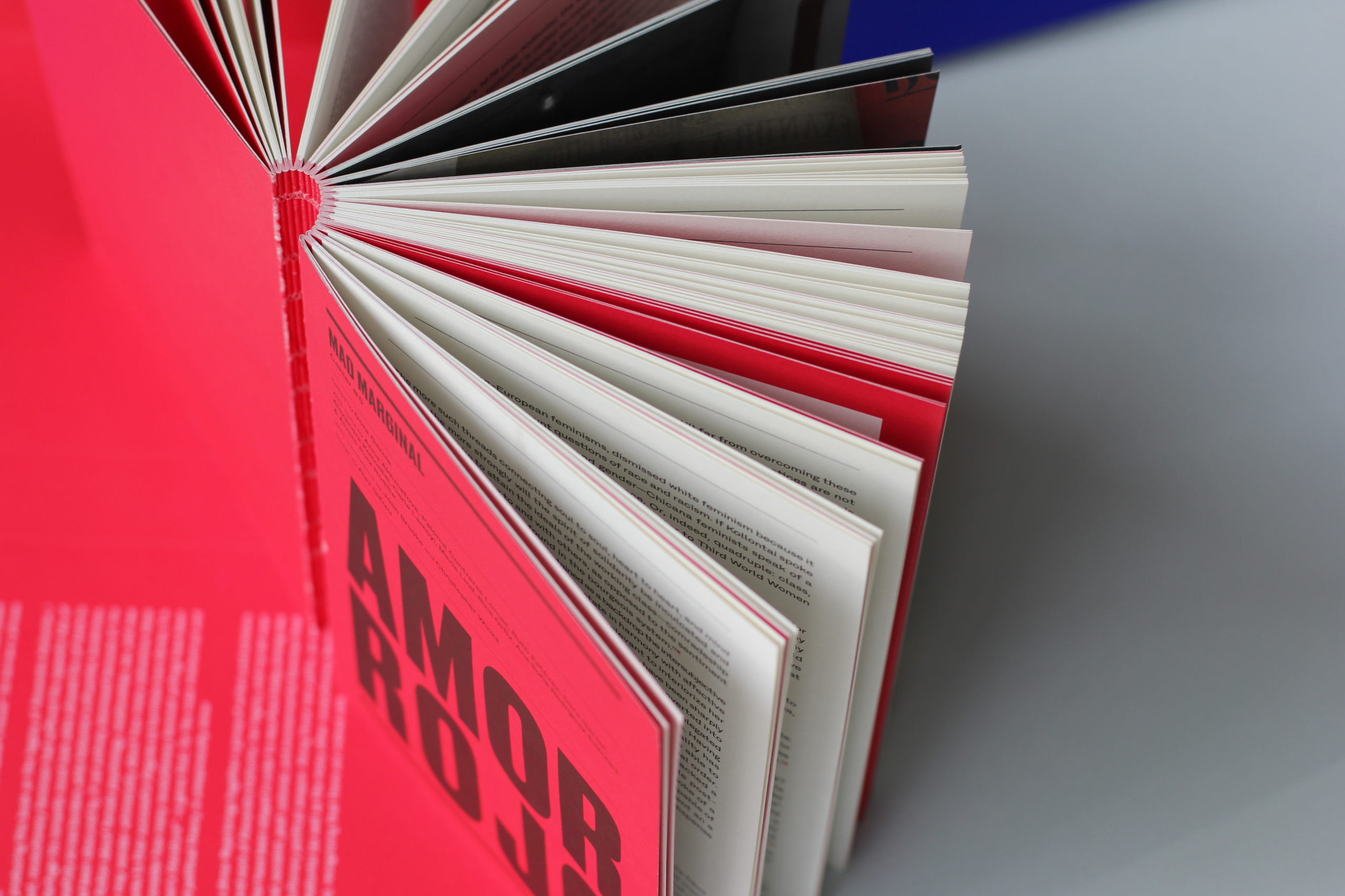 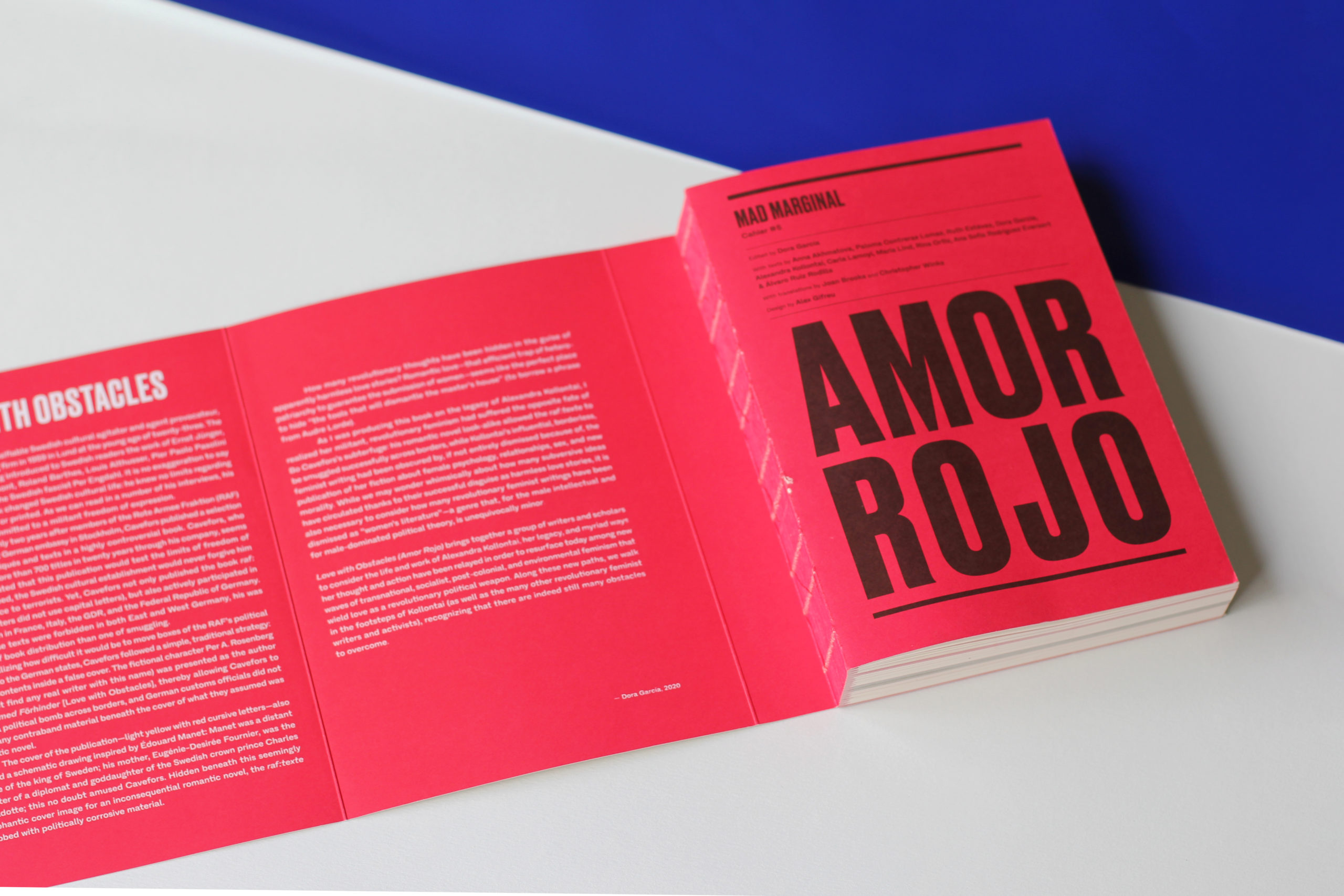 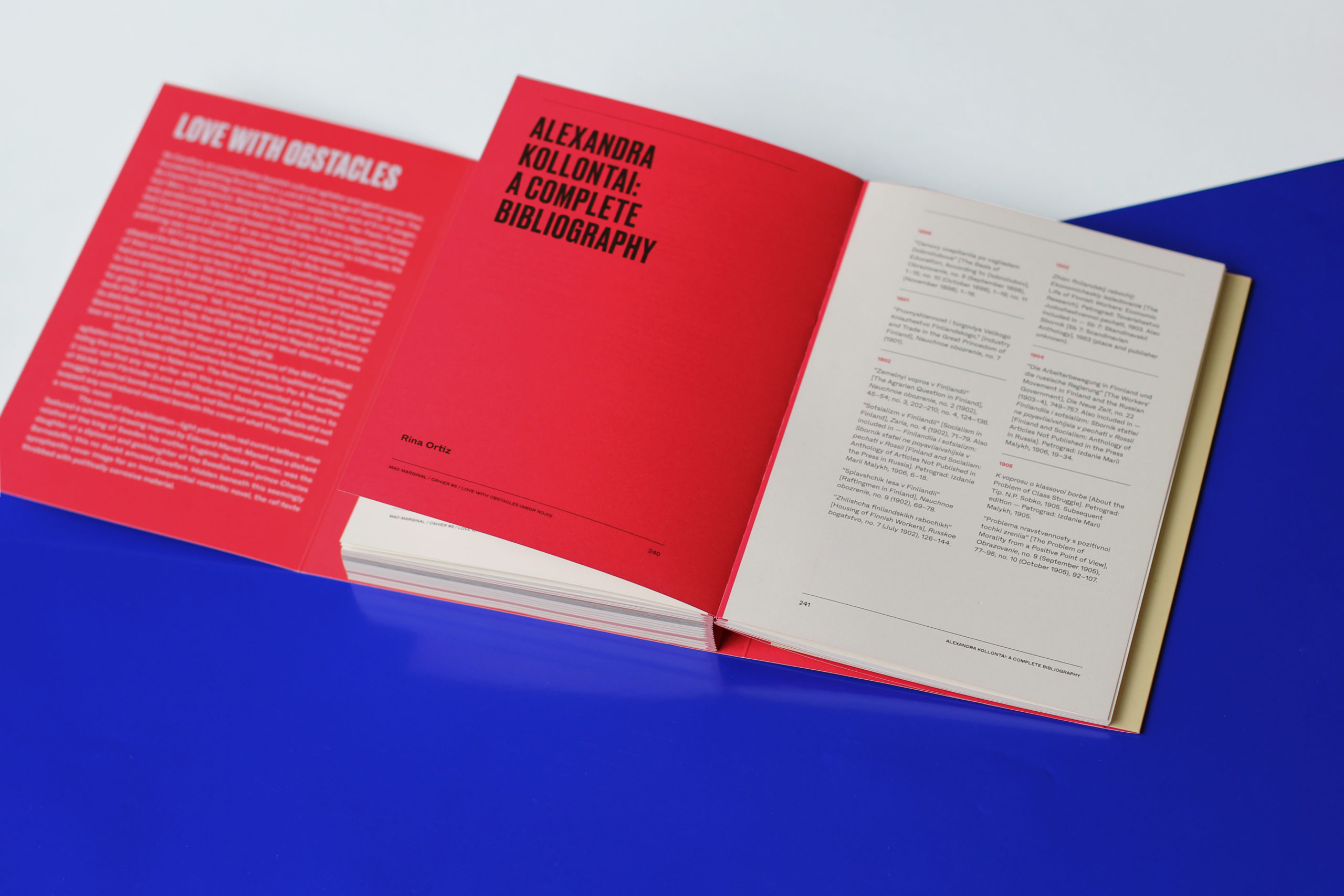 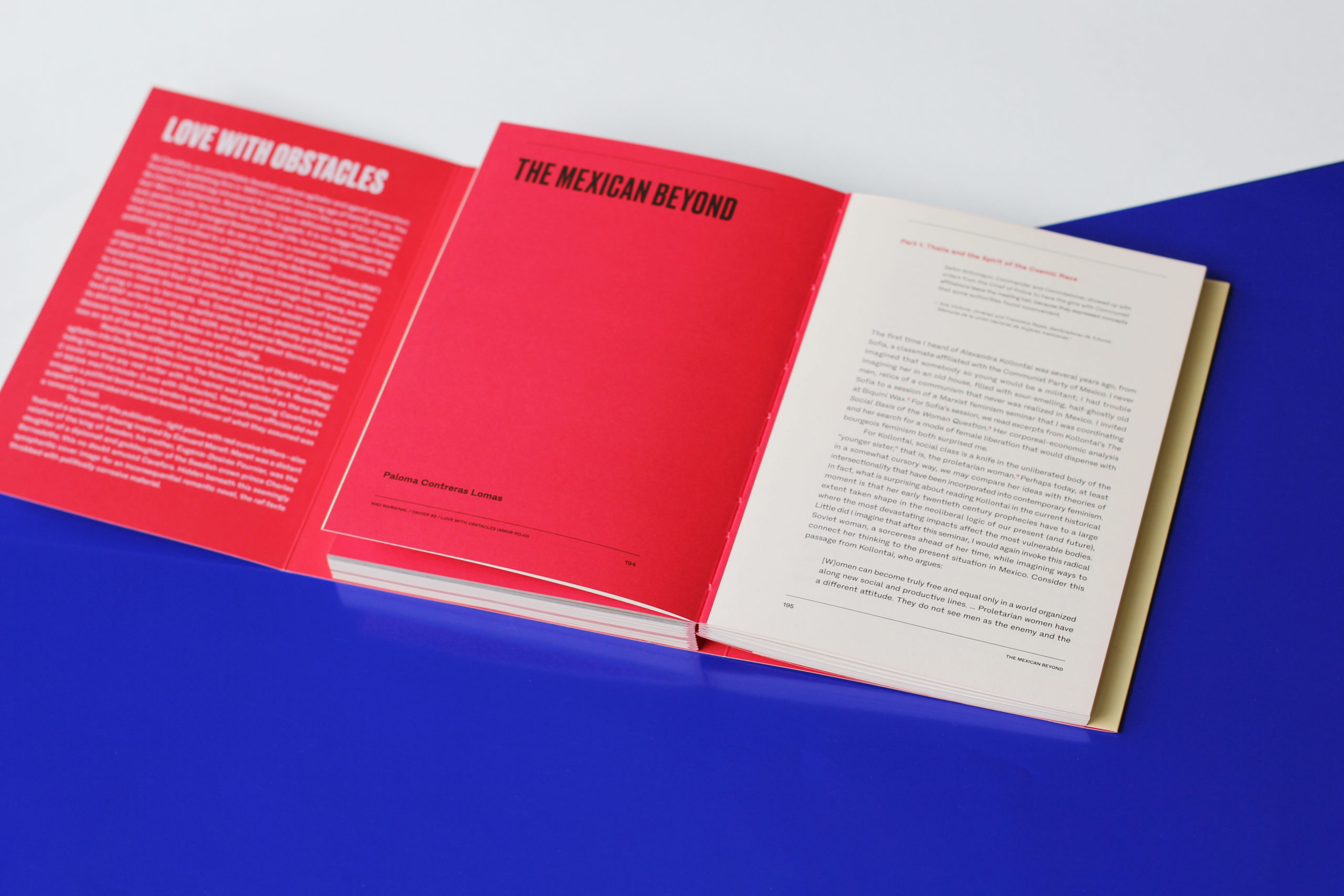 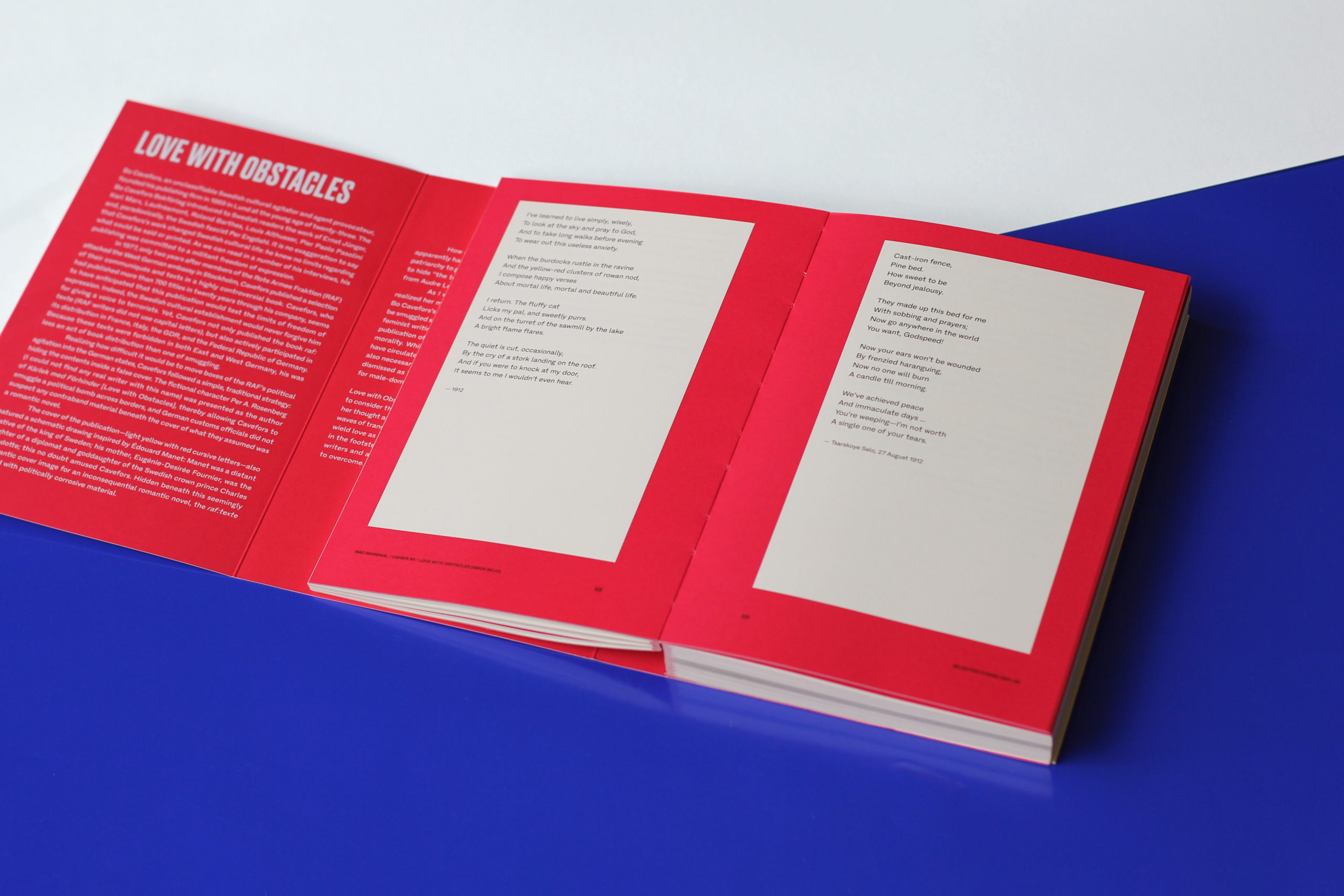 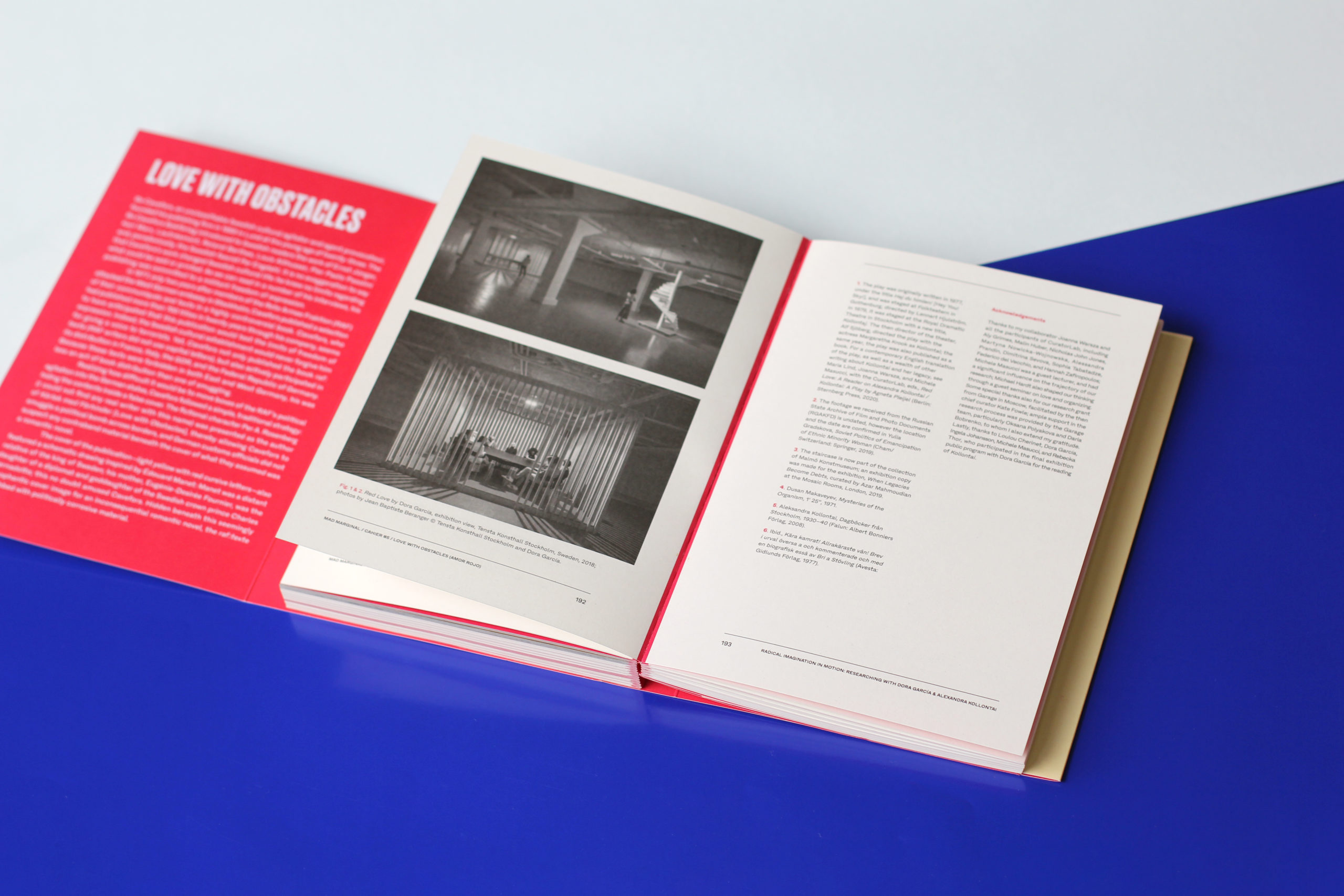 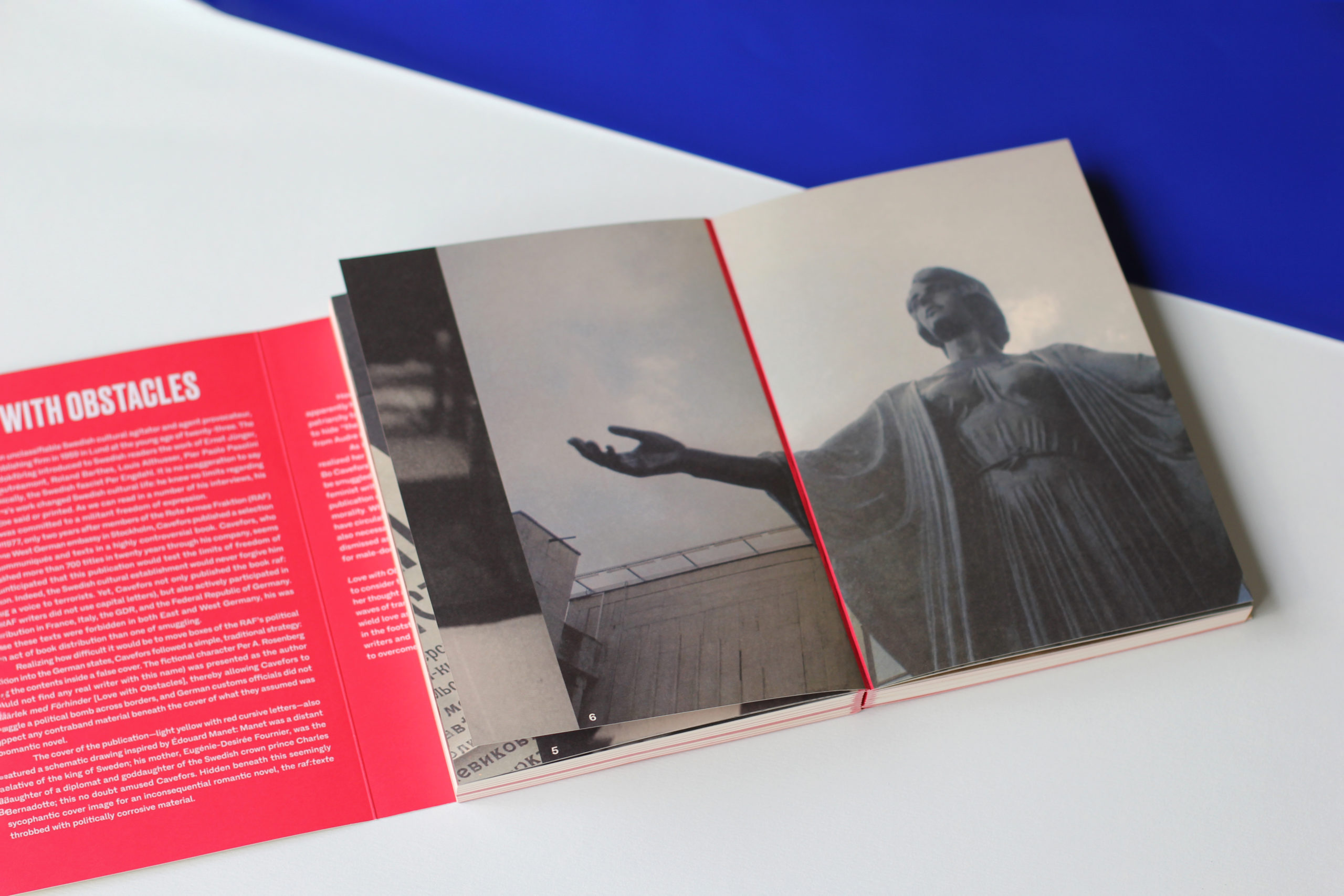 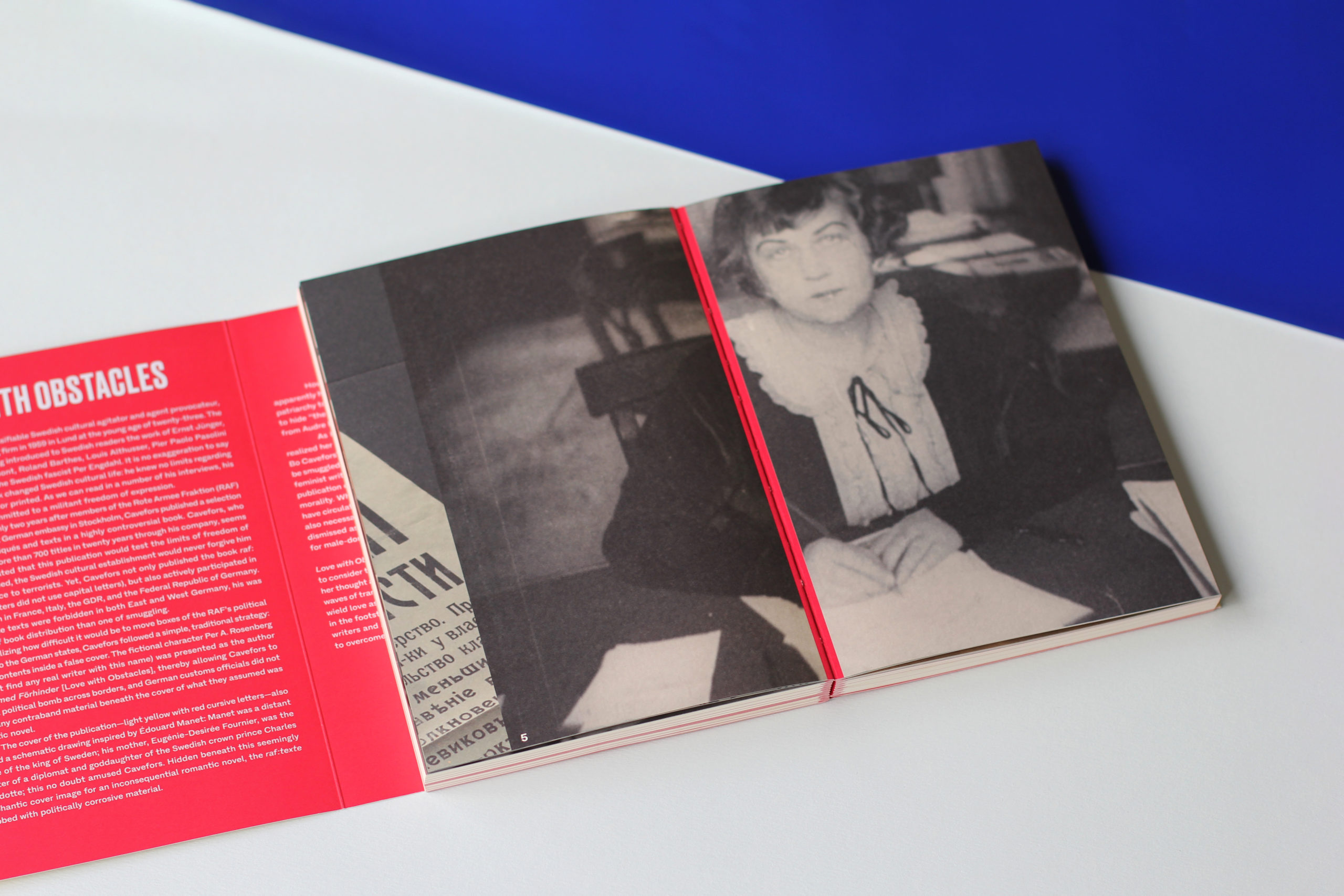 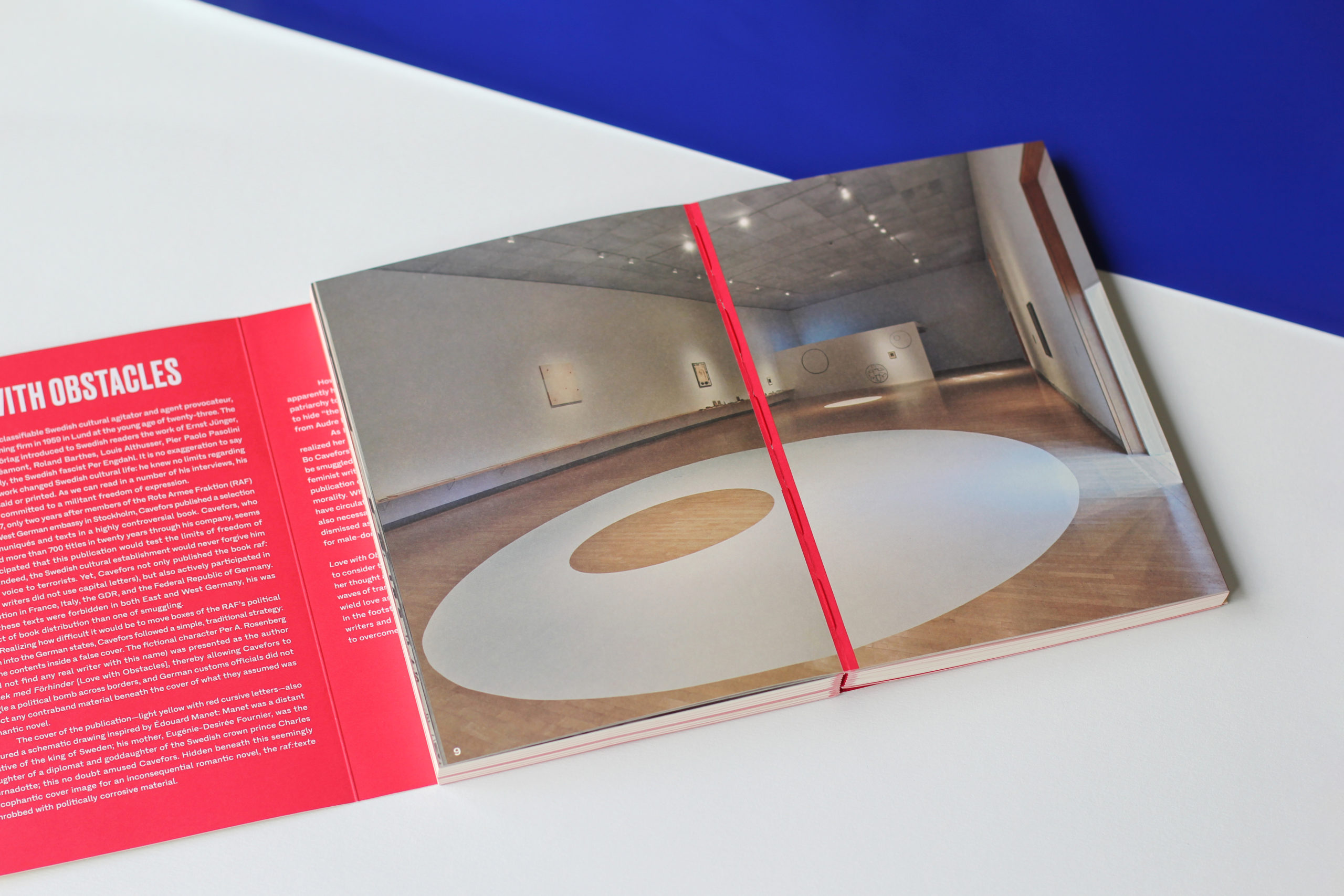 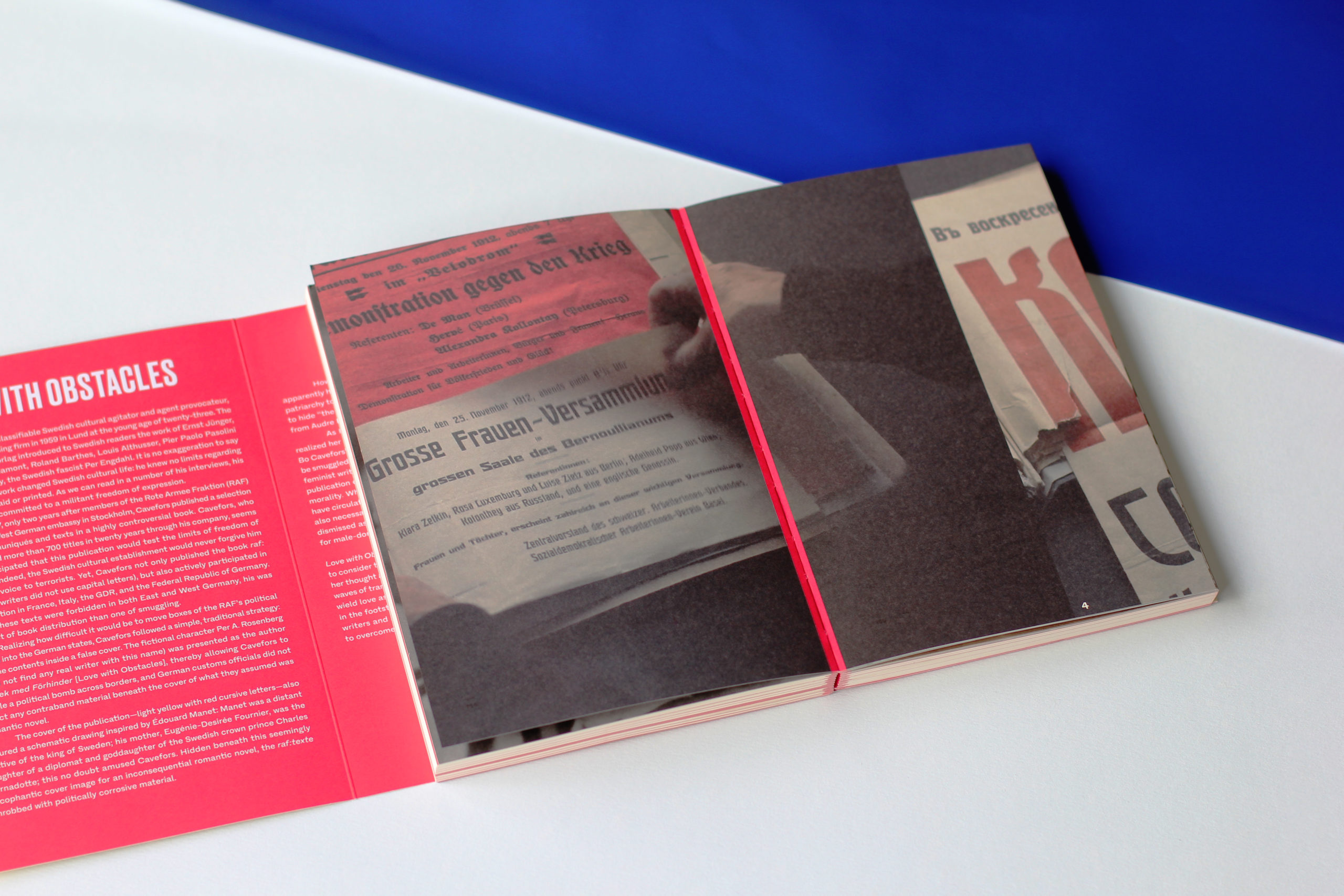 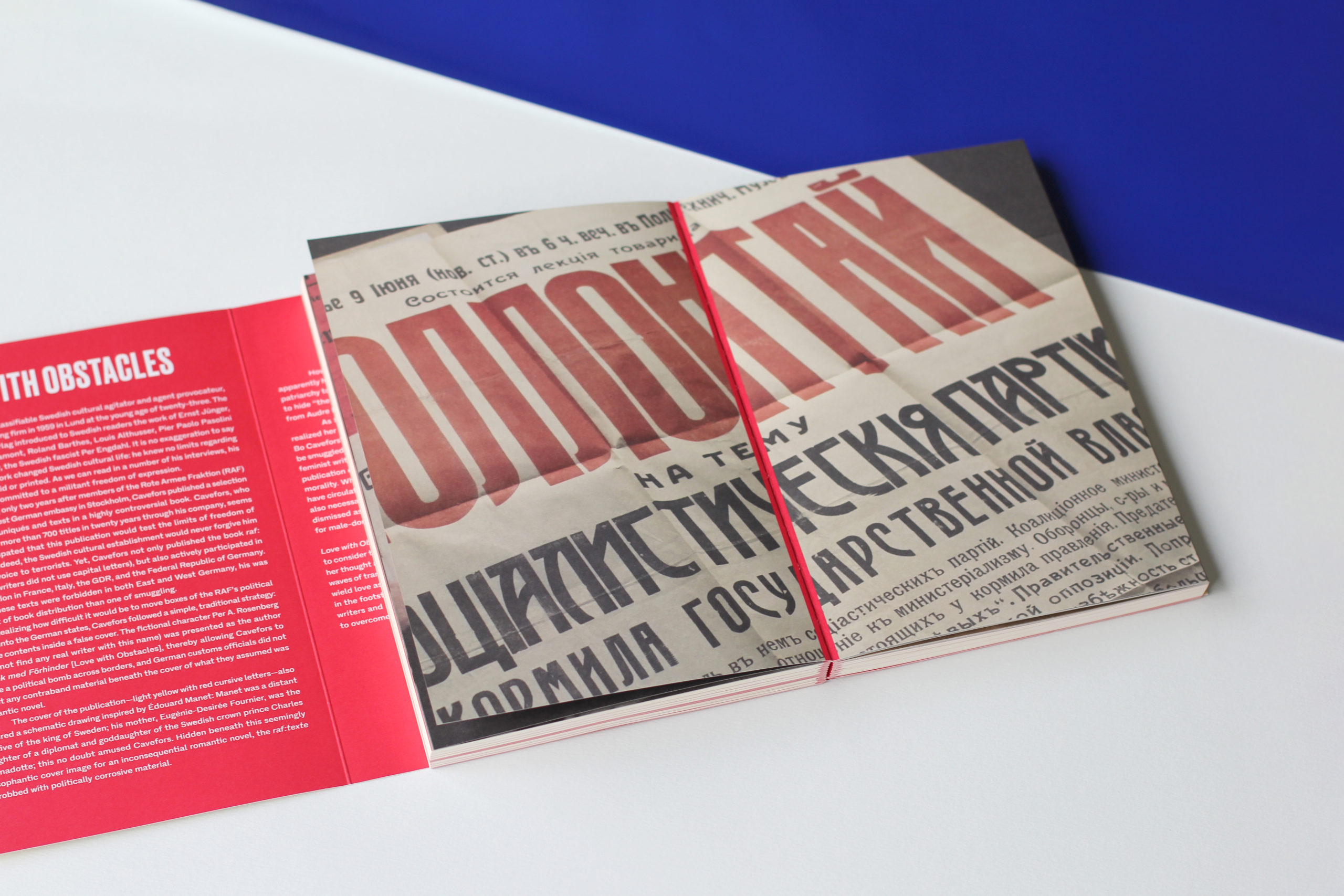 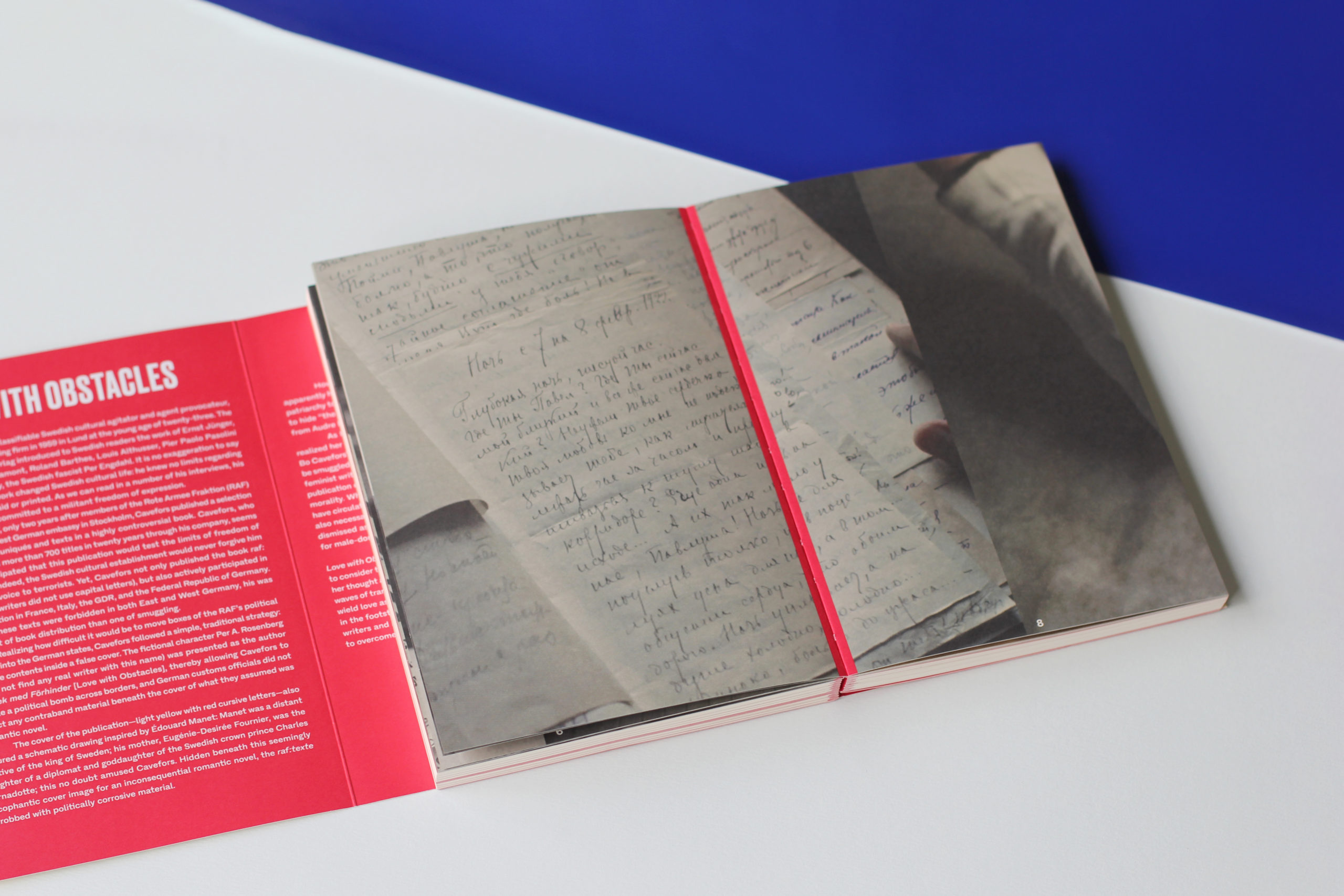 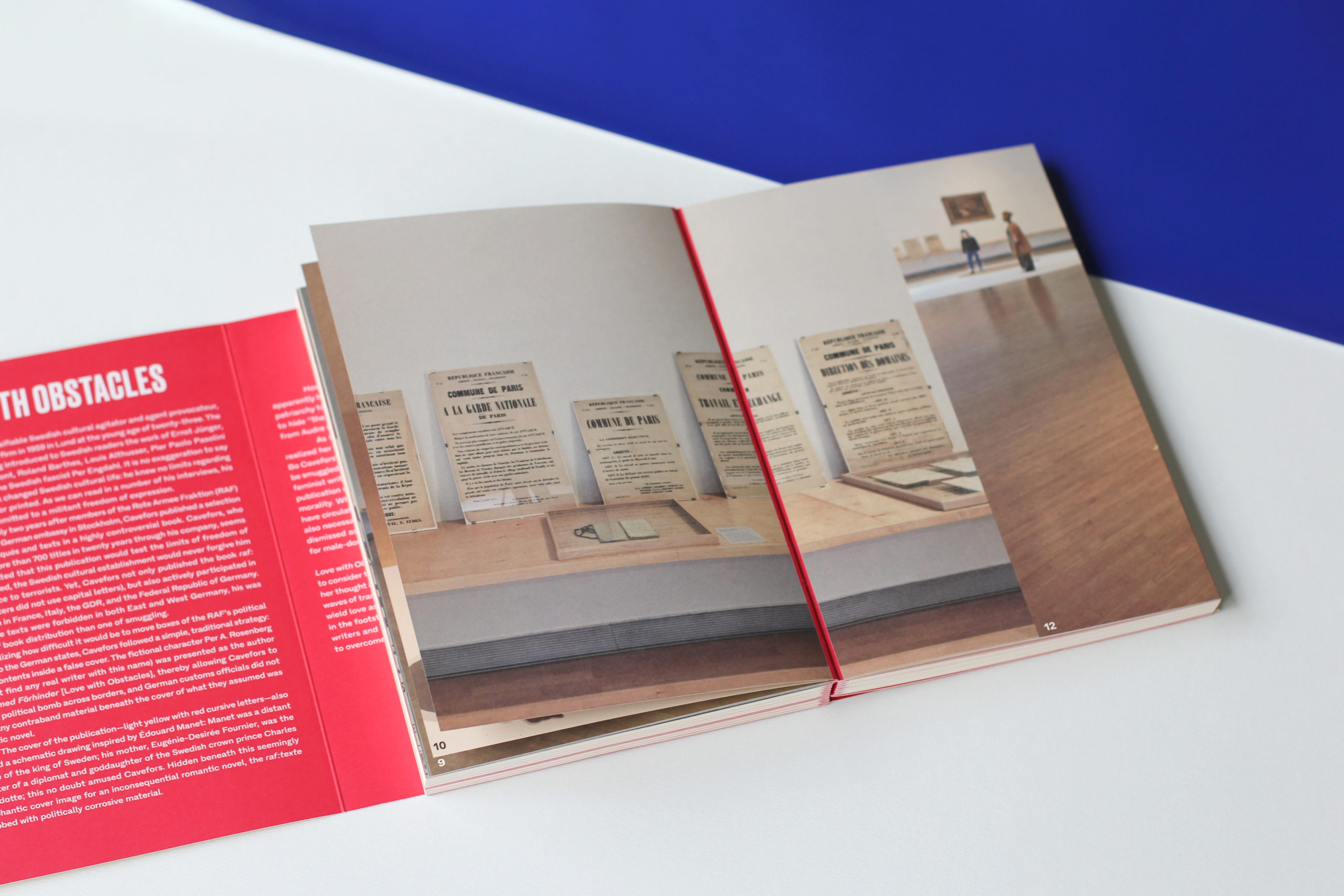 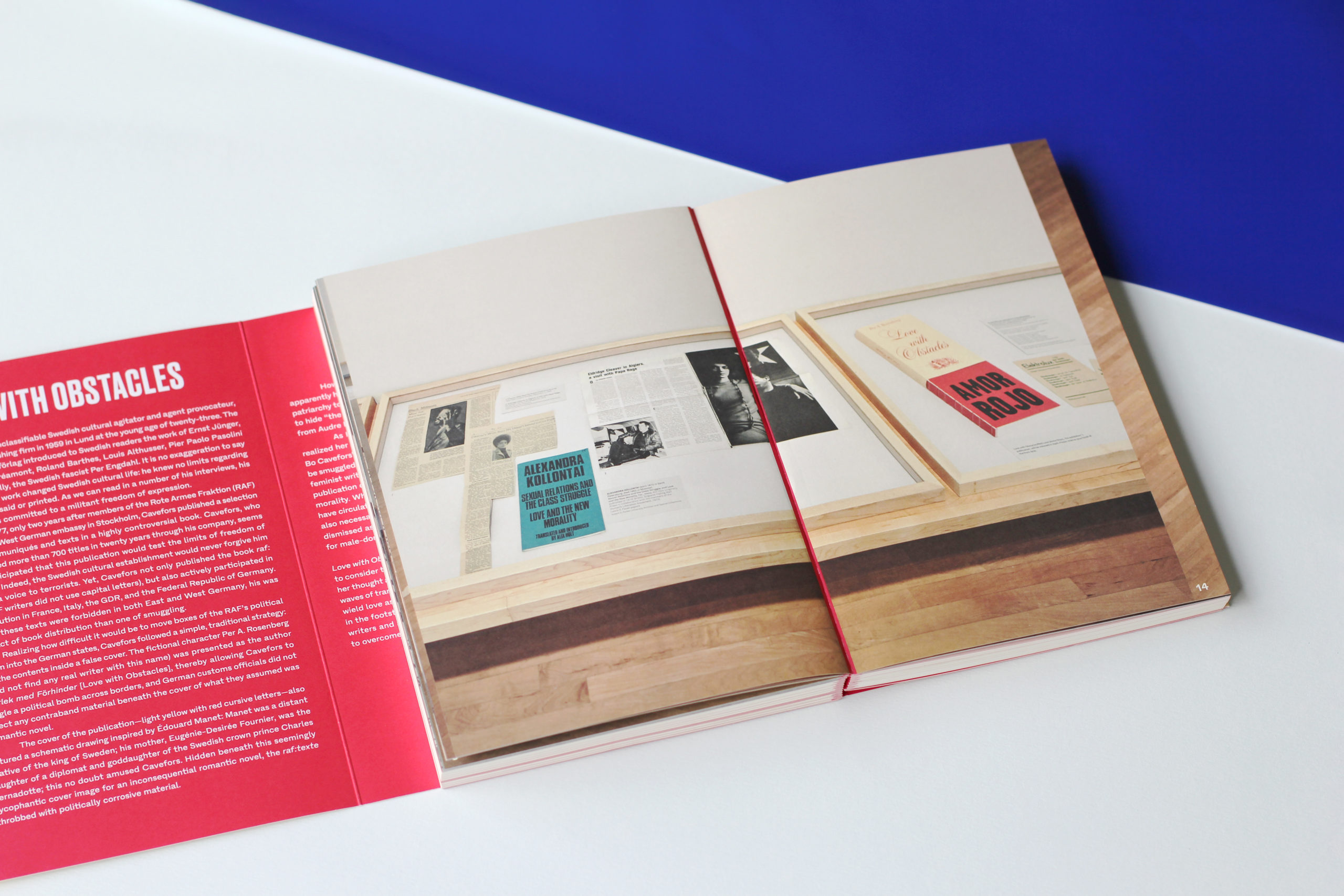 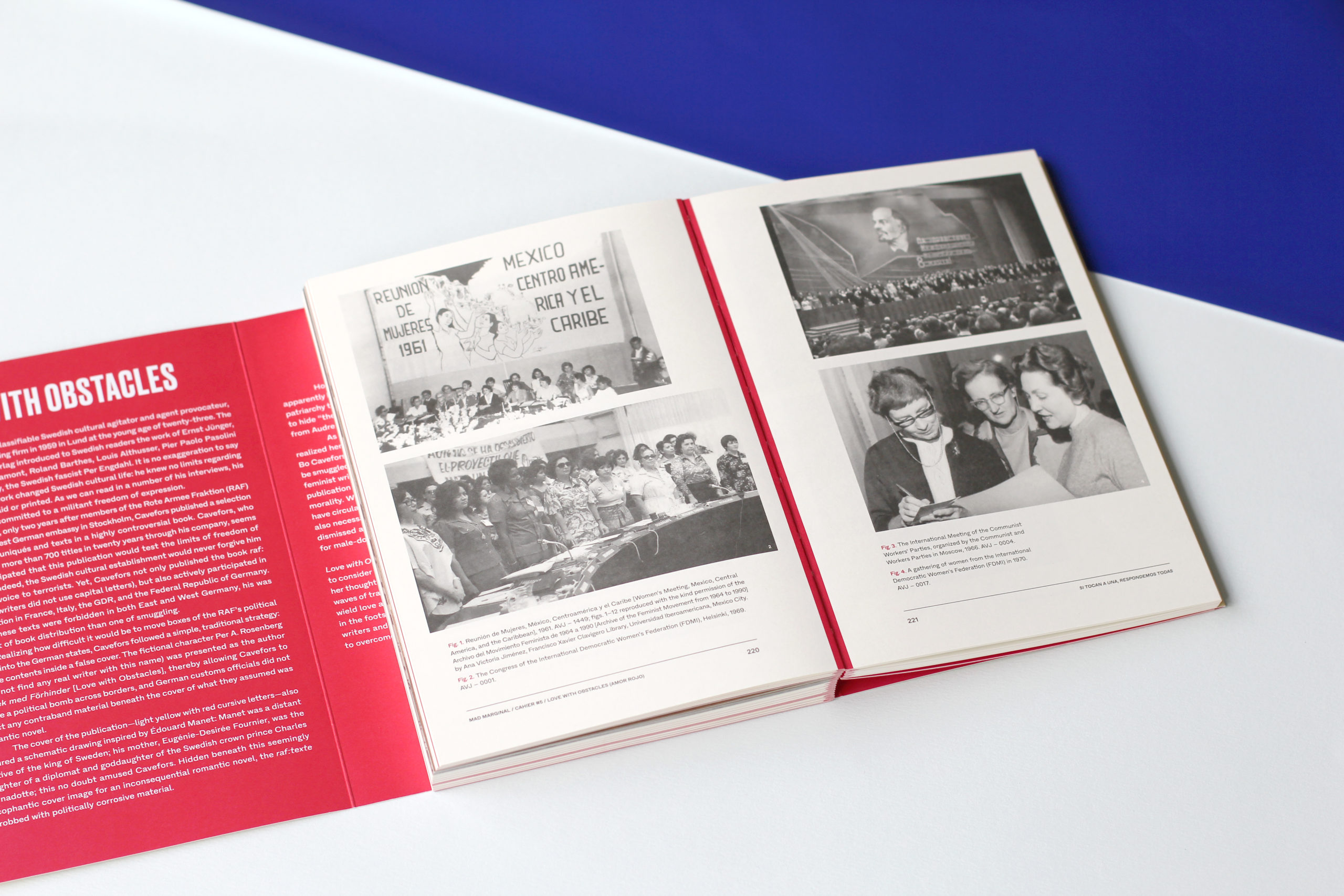 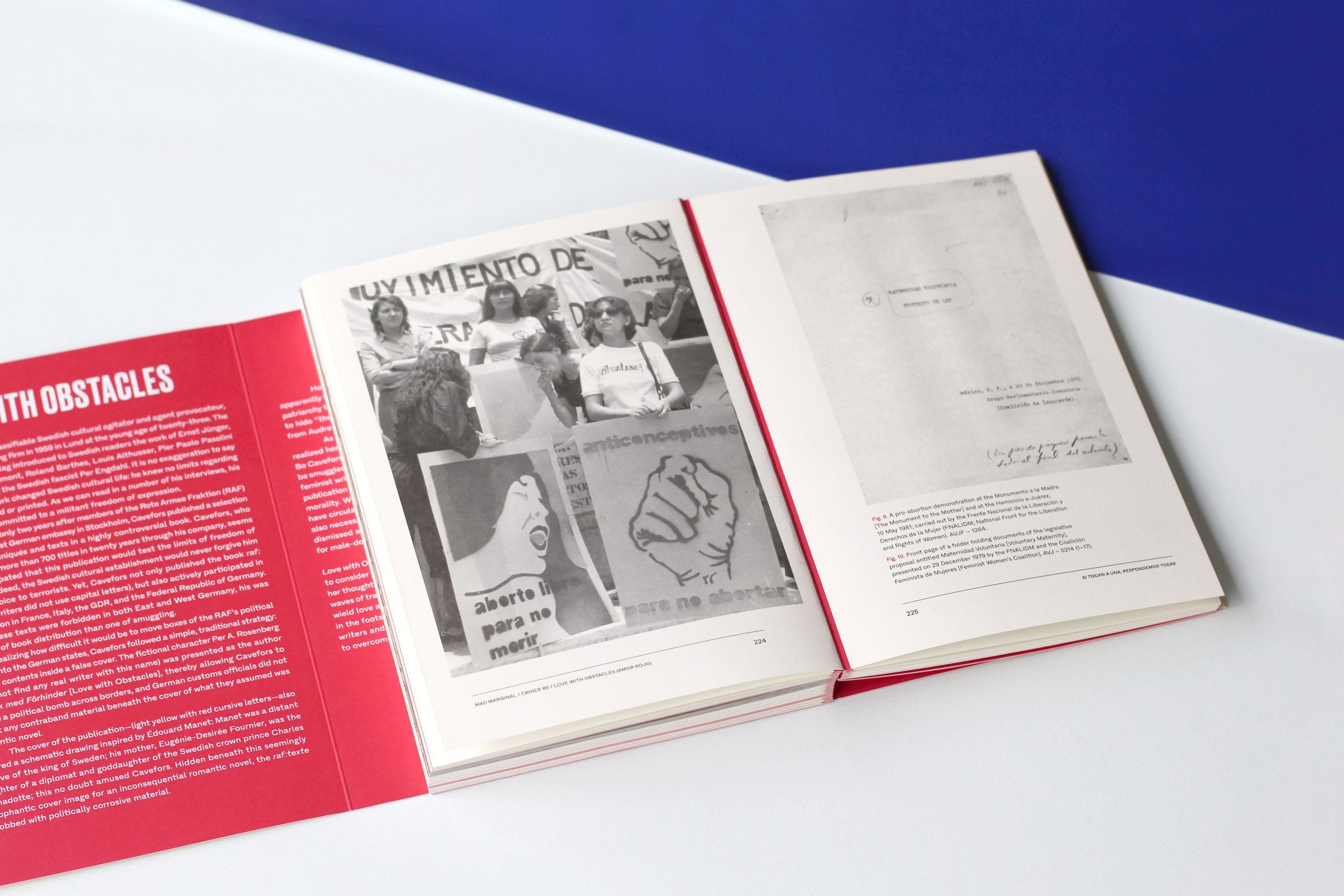 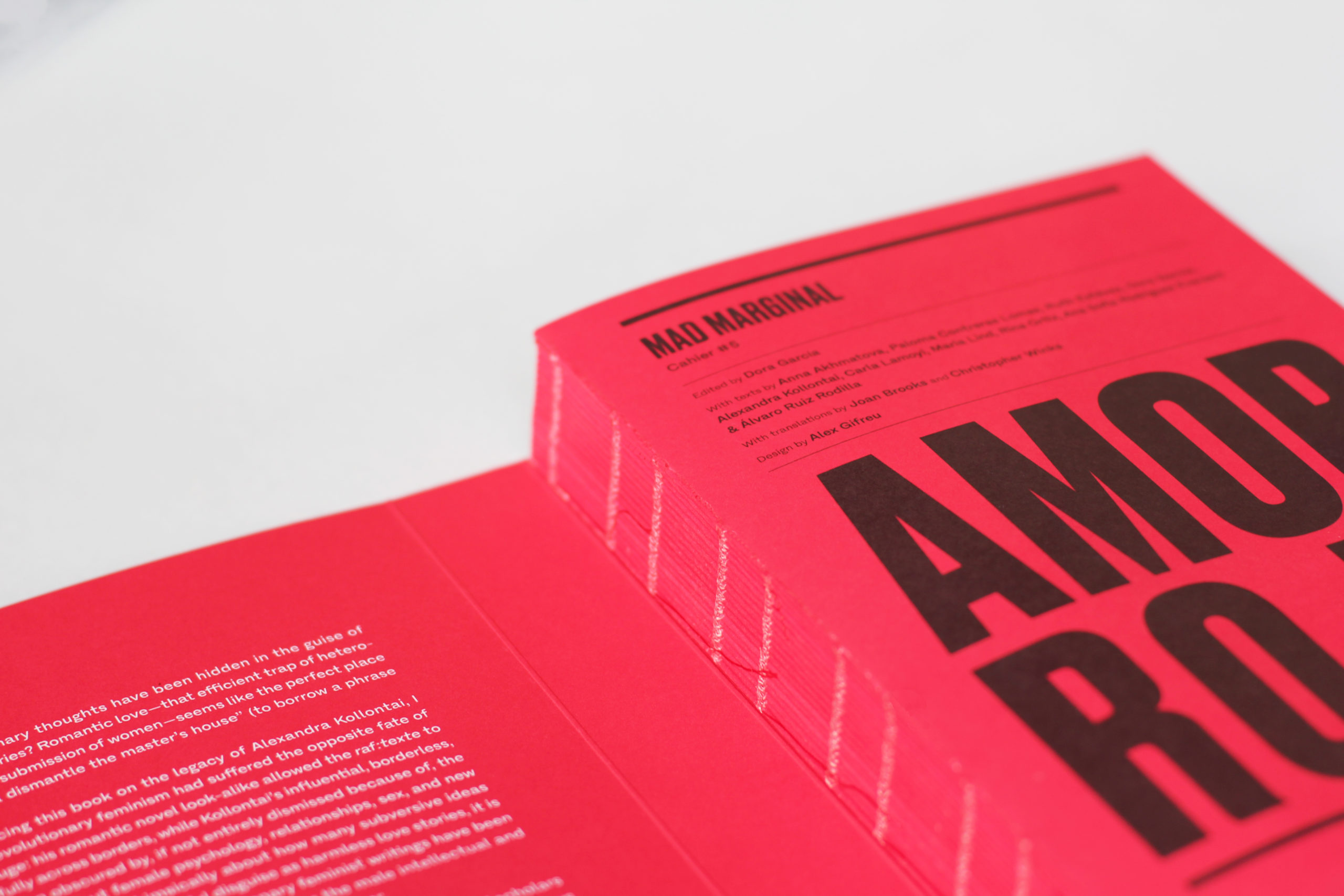 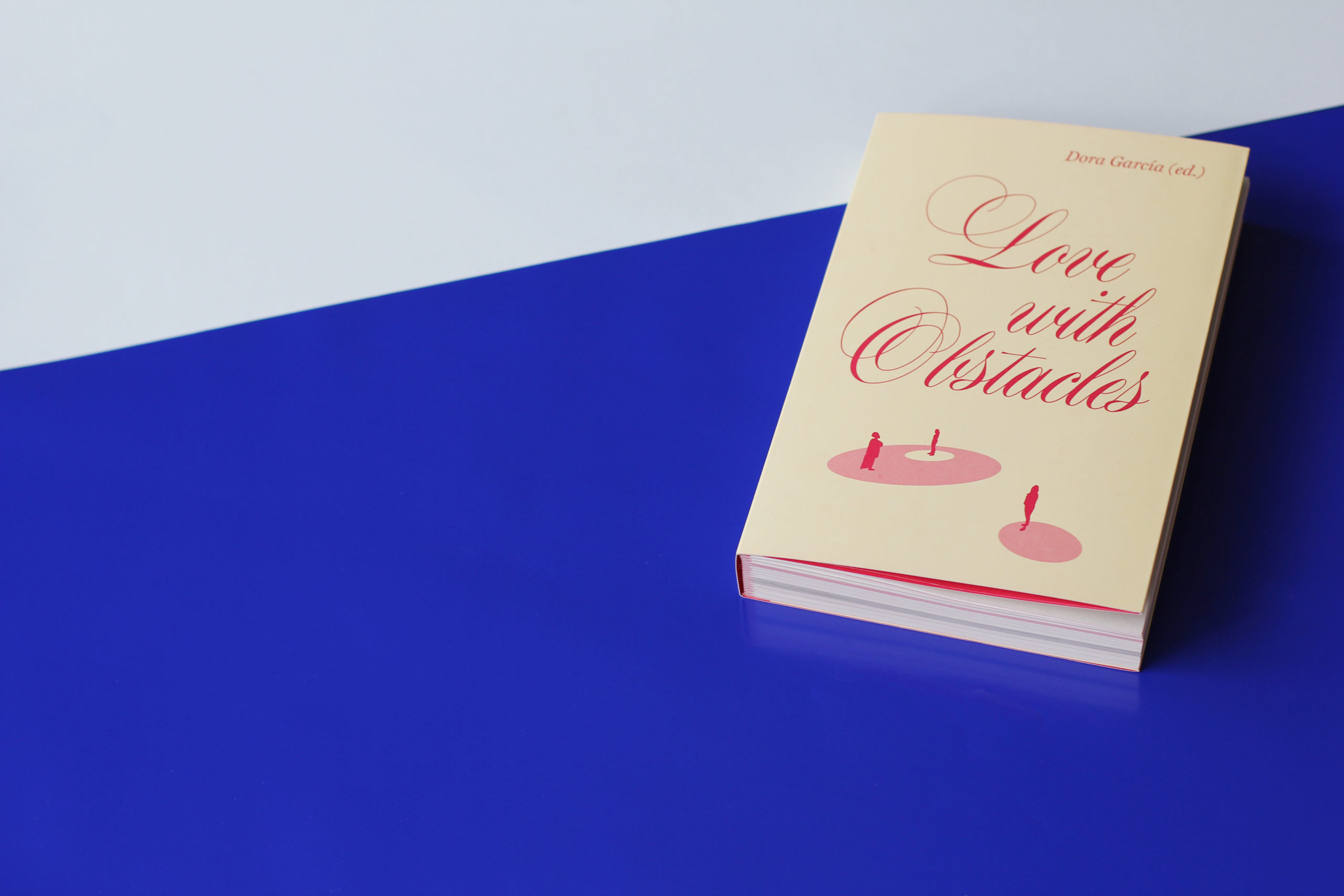 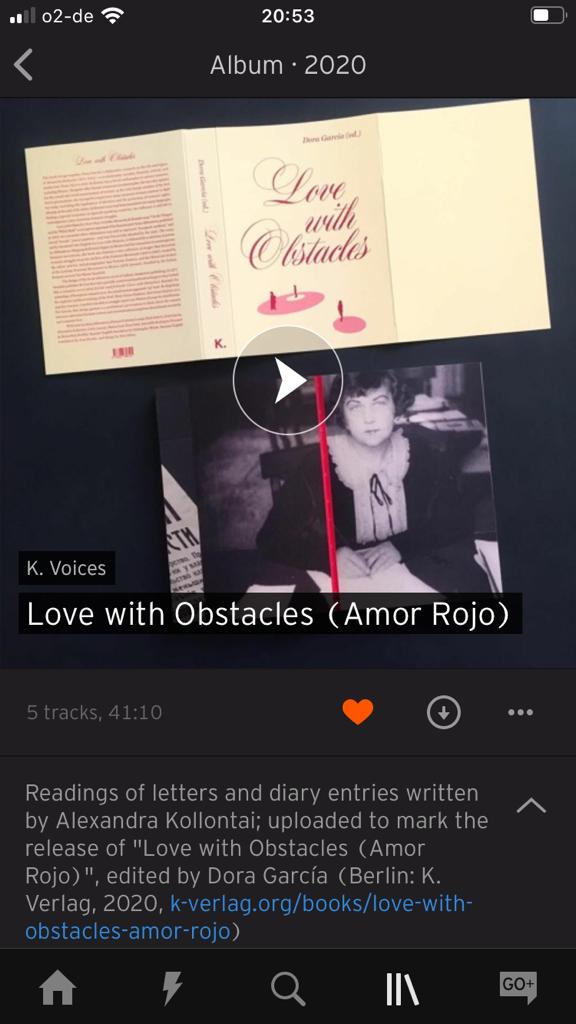 Love with Obstacles (Amor Rojo) brings together Spanish artist Dora García’s collaborative research on the life and legacy of Alexandra Kollontai (1872–1952)—a revolutionary, socialist, feminist, activist, and intellectual. From 1922 to 1945, Kollontai was a Soviet ambassador in various countries, including Mexico. She was a key agitator for the sexual and social emancipation of women; as the only female member of the first Soviet government, she also managed to implement many measures women continue to fight for today, including the legalization of abortion and the protection of women’s rights. Already at the end of the 1920s, Kollontai’s texts had been translated into many languages, finding a special resonance in Spanish-speaking countries; her influence is still felt in contemporary Latin American feminist struggles.

The book includes Alexandra Kollontai’s essay “On the ‘Dragon’ and the ‘White Bird,’” translated into English here for the first time. It is followed by a selection of poems by Anna Akhmatova, one of the most significant Russian poets of the twentieth century. In keeping with Amor Rojo’s focus on Kollontai’s legacy in Mexico and her connection to contemporary feminist movements, the book also features a rare collection of images that document women’s struggles from the Archive of the Feminist Movement (1964 to 1990), created by the editor, activist, and photographer Ana Victoria Jiménez, and the Historical Archive of the Lesbian Feminist Movement in Mexico (1976–present), founded by the lesbian feminist activist Yan María Yaoyólotl.

The design of the book borrows its form from a case of radical clandestine publishing. In 1977, Swedish publisher Bo Cavefors hid especially controversial political writings in romantic novel entitled Kärlek med förhinder [Love With Obstacles]. Beneath the subterfuge of bourgeois romantic love, the actual content appeared: raf: texte (the German militant organization known as the Rote Armee Fraktion, or RAF, did not use capital letters). By disguising the explosive political writings of the RAF as a popular romance, Cavefors was able to smuggle copies into Western Europe for distribution. For García, this design gesture is a preliminary provocation to think about the tension between subversive feminist content and conventional assumptions about “female sensitivity” and “romantic love.”

Listen to a reading of 5 letters and diary entries by Alexandra Kollontai. Originally recorded for García’s film project Love with Obstacles (60", 2020), produced by Auguste Orts. Published with permission.

Love with Obstacles (Amor Rojo) is #5 in García’s series Mad Marginal (published since 2010). The volume appears on the occasion of her solo exhibition Love with Obstacles at the Rose Art Museum, Brandeis University, Waldheim, Massachusetts, 13 Feb to 17 May 2020.