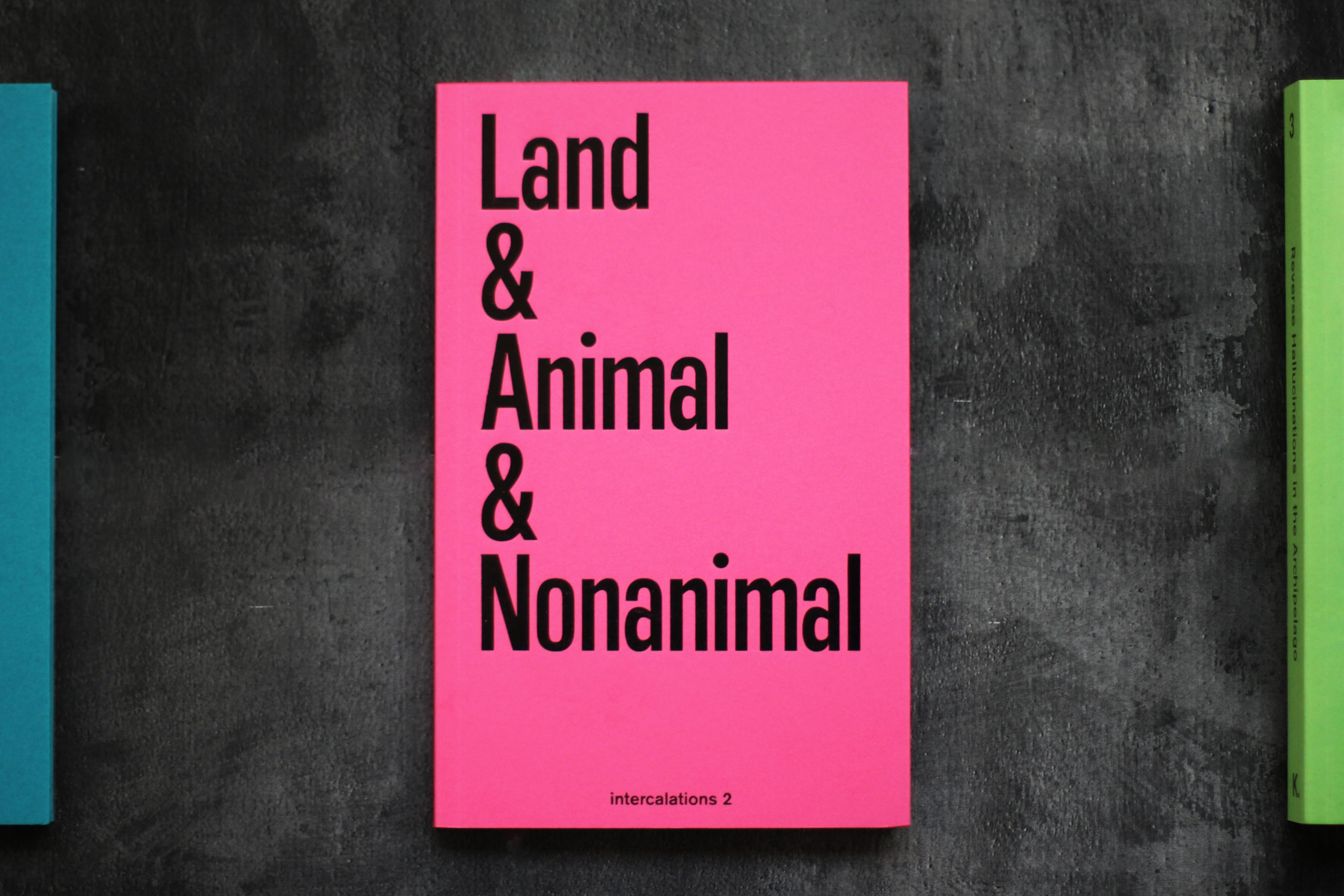 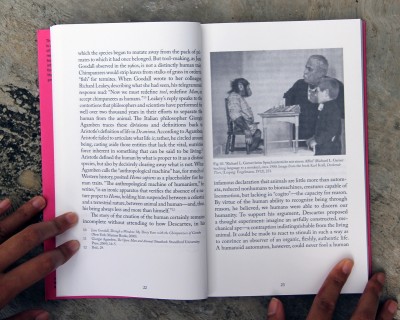 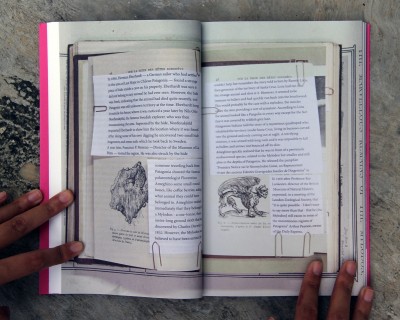 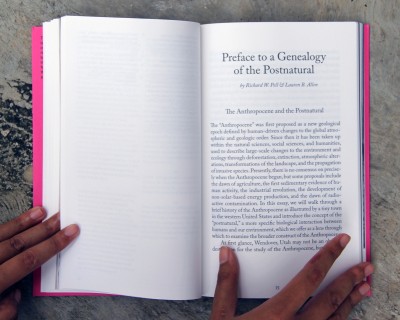 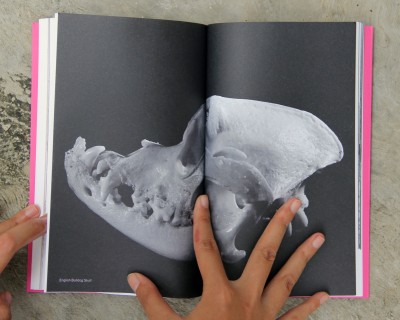 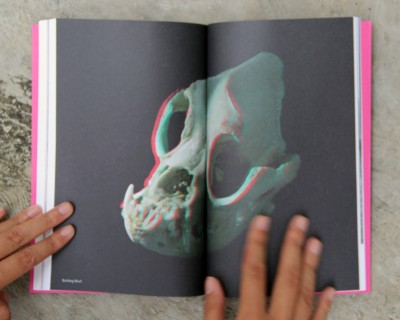 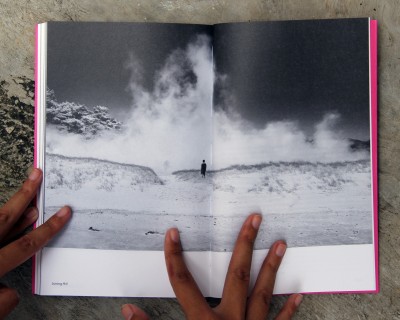 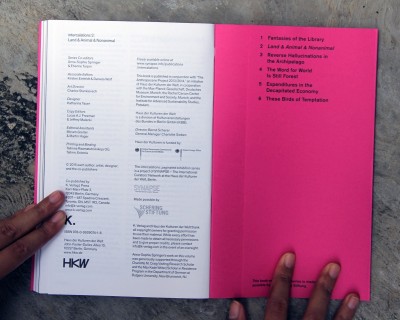 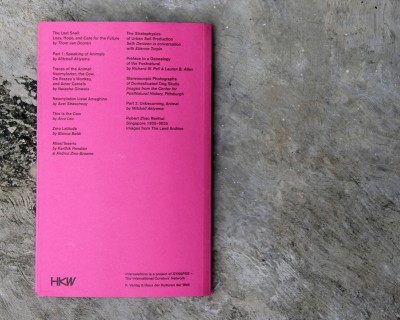 intercalations 2 … a lively ensemble arguing that the meaning of the Anthropocene is less a geological re-formation than it is trans-formation of modern-colonial categories of live and non-life; once exposed to some of the parameters defining this transition, the reader-as-exhibition-viewer may begin to discern erratic rhythms generated by the creatures of nonconformity that inhabit, with their violence, struggles, and love, the vast, machinic wanderer called Earth.

Land & Animal & Nonanimal attends to the various postnatural becomings, beings, and landscapes of planet Earth. In an interview about urban soils of the Anthropocene, landscape architect Seth Denizen considers a history of land use practices that are also reflected in artist Robert Zhao Renhui’s photographs of Singapore’s incessant development. Inspired by a recent visit to the environment of Wendover in the Utah desert, Richard Pell and Lauren Allen of Pittsburgh’s Center for PostNatural History make a case for including postnatural entities and events within the emerging discourse on the Anthropocene. Encountering “the last snail,” environmental historian and philosopher Thom van Dooren considers the meaning of hope and care in the context of species extinction. Meanwhile, Natasha Ginwala curates a paginated intervention on cosmic animal ancestrality with contributions by Bianca Baldi, Arvo Leo, Axel Staschnoy, and Karthik Pandian & Andros Zins-Browne. In a two-part essay split across the volume, sound artist Mitchell Akiyama explores philosophies of consciousness and language against the background of the phonogram in nineteenth-century simian research.