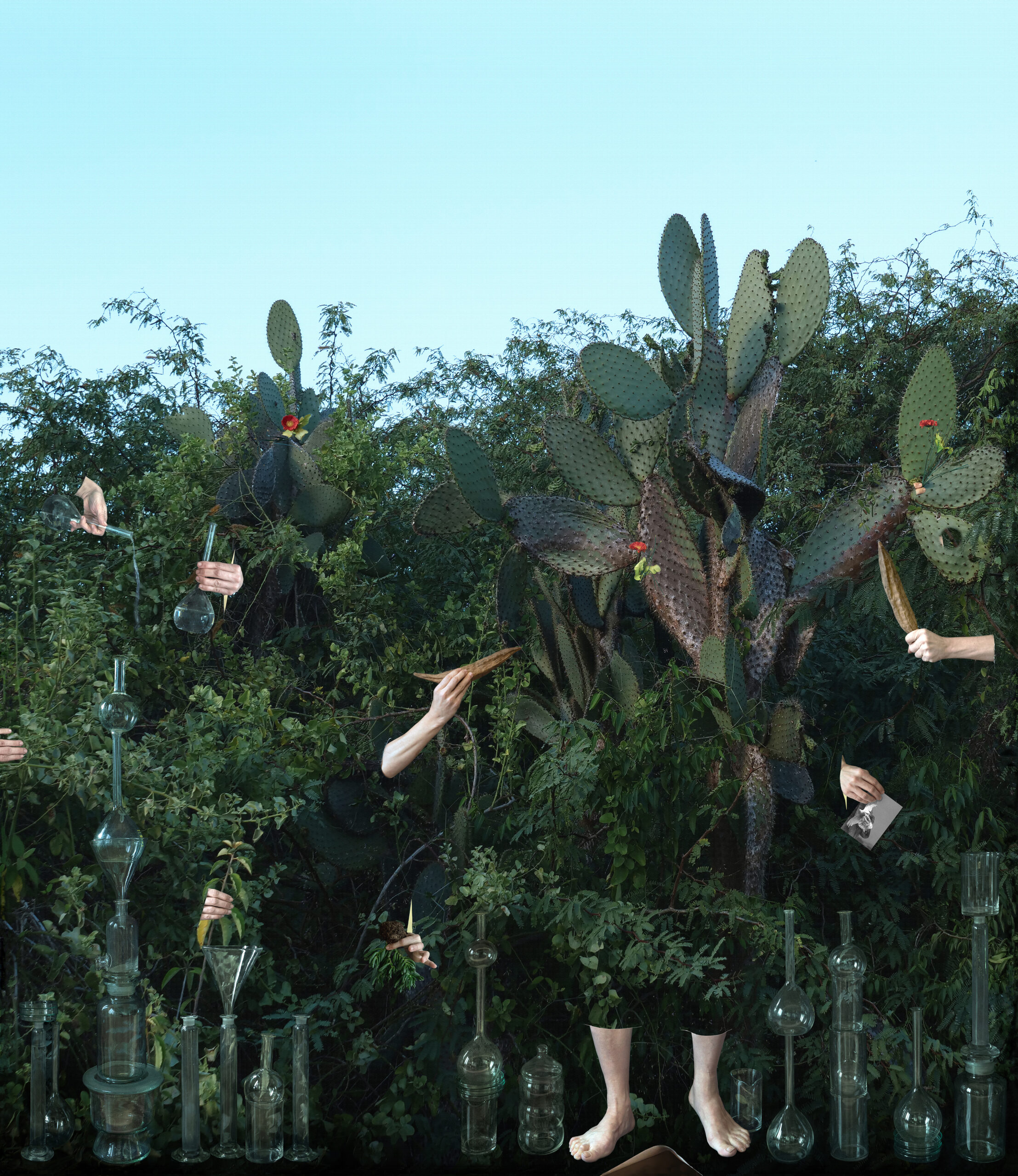 The three Greek words "phusis kruptesthai philei," uttered and written by Heraclitus, were always heavy with meaning: heavy with the meaning Heraclitus gave them, and heavy with the meaning future centuries were to believe they discovered in them. For a long time yet, perhaps even forever, they will maintain their mystery. Like Nature, they love to hide.   — Pierre Hadot, The Veil of Isis

Endemic to the Galapagos Islands, Sicyos villosa was collected by Charles Darwin during his journey on the Beagle (1831–36) but is now extinct. This forlorn member of the Cucurbitaceae family is still known to science thanks only to a single specimen preserved in the Sainsbury Laboratory of the Cambridge University Herbarium, where Darwin’s complete botanical collection is preserved. Aftering reading that a group of contemporary scientists were hoping to de-extinct Sicyos villosa using biotechnologies that could recover its DNA from Darwin’s specimen, artist Justine Blau began to investigate what it means to bring a species back to life. She undertook a journey to understand the desire for de-extinction and what it was, exactly, that science was now trying to save.

Through her encounters with researchers and scientists in herbaria and seed banks, as well as her travels to the Galapagos—where she sought out the Sicyos villosa after being told that it might still inhabit the archipelago, but remains undetected—she uncovered a matrix of contradictions that radically challenge the modern scientific conservation complex. As modern science projects its ambition for rationality onto the mysteries of life, nature itself withdraws, hiding among the magic of images and narratives that veil its furtive purpose. As Blau uncovers the conservation complex, her camera also discovers another potency of nature held in abeyance.

JUSTINE BLAU is a visual artist, creating works that explore the various languages and usages of photography, particularly in a vernacular context. She is interested in the role culture plays in shaping an environment or people’s interactions. Many of her works deal with the complex and peculiar relationship humankind maintains with what we qualify as “nature.” Blau was born in Luxembourg in 1977 and studied at Wimbledon College of Art, University of the Arts London.

Forthcoming in Fall 2022 – available for pre-order