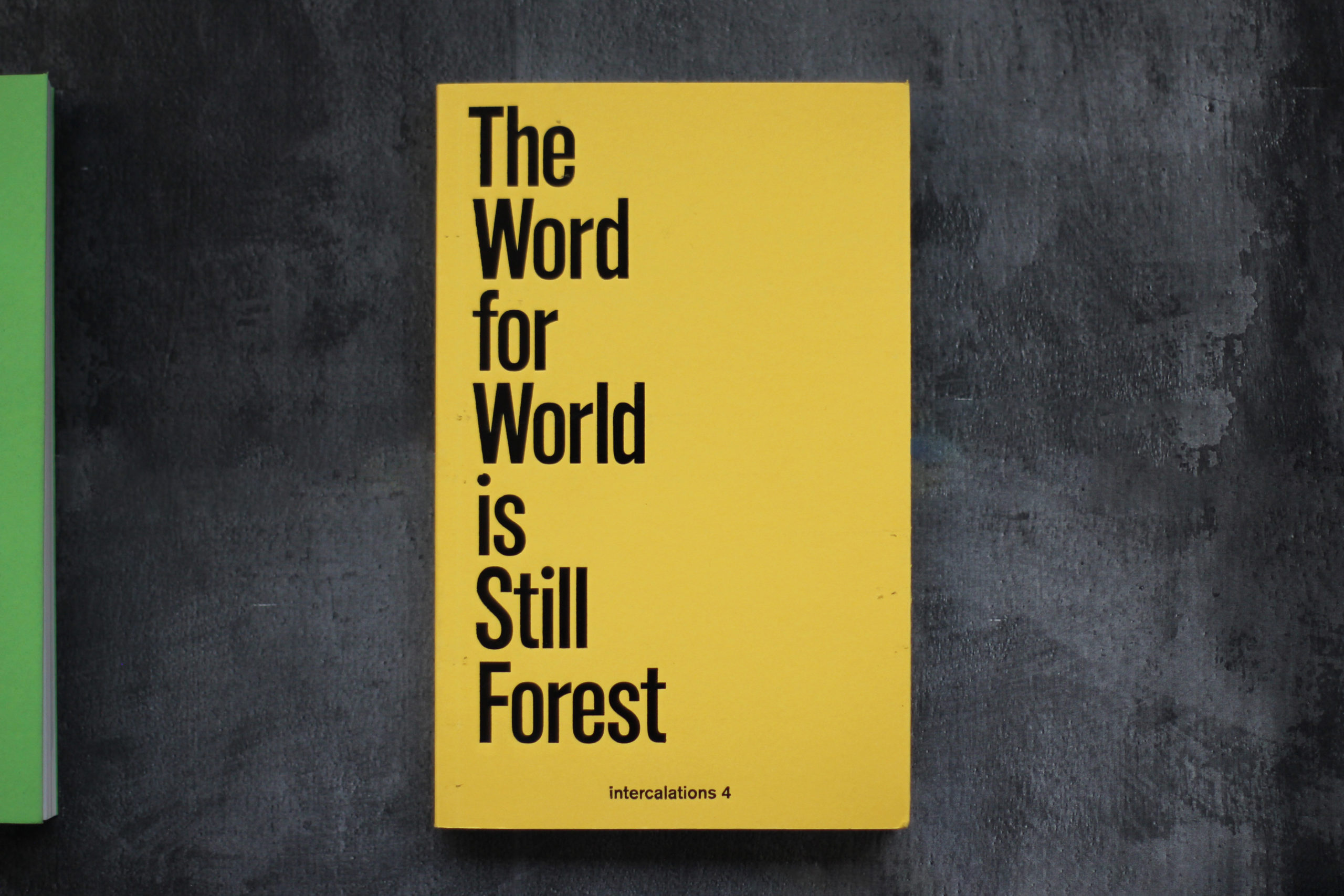 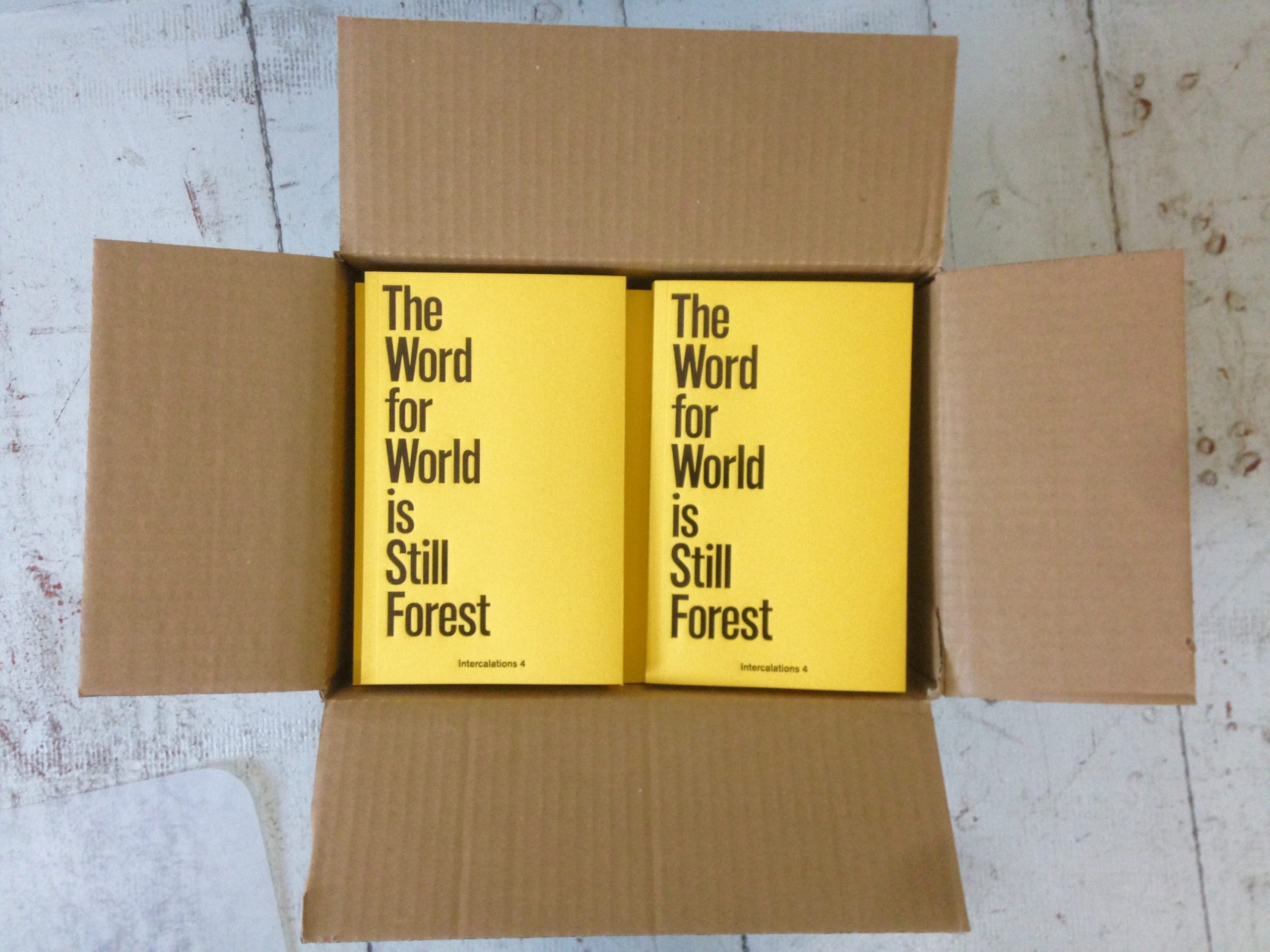 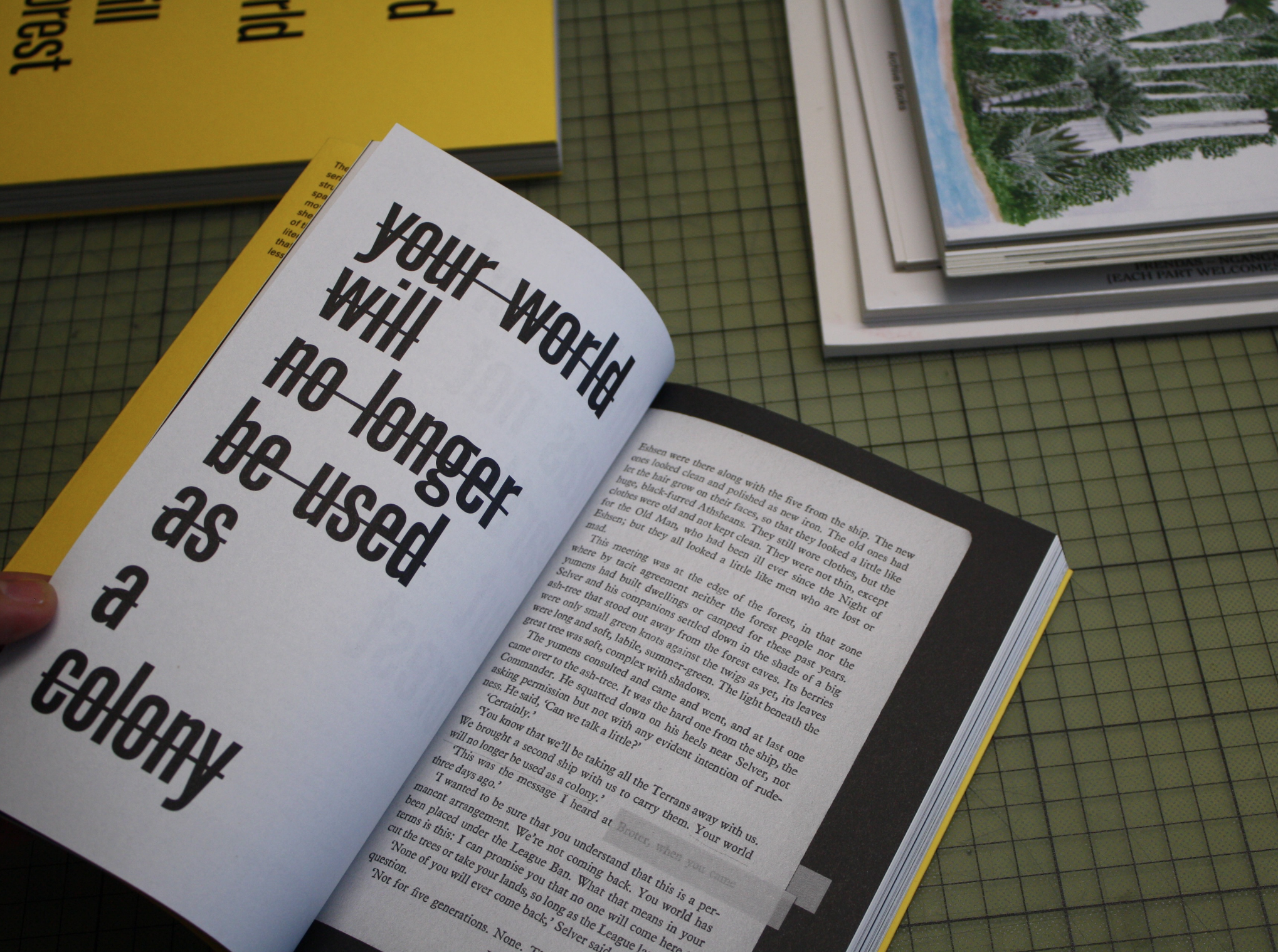 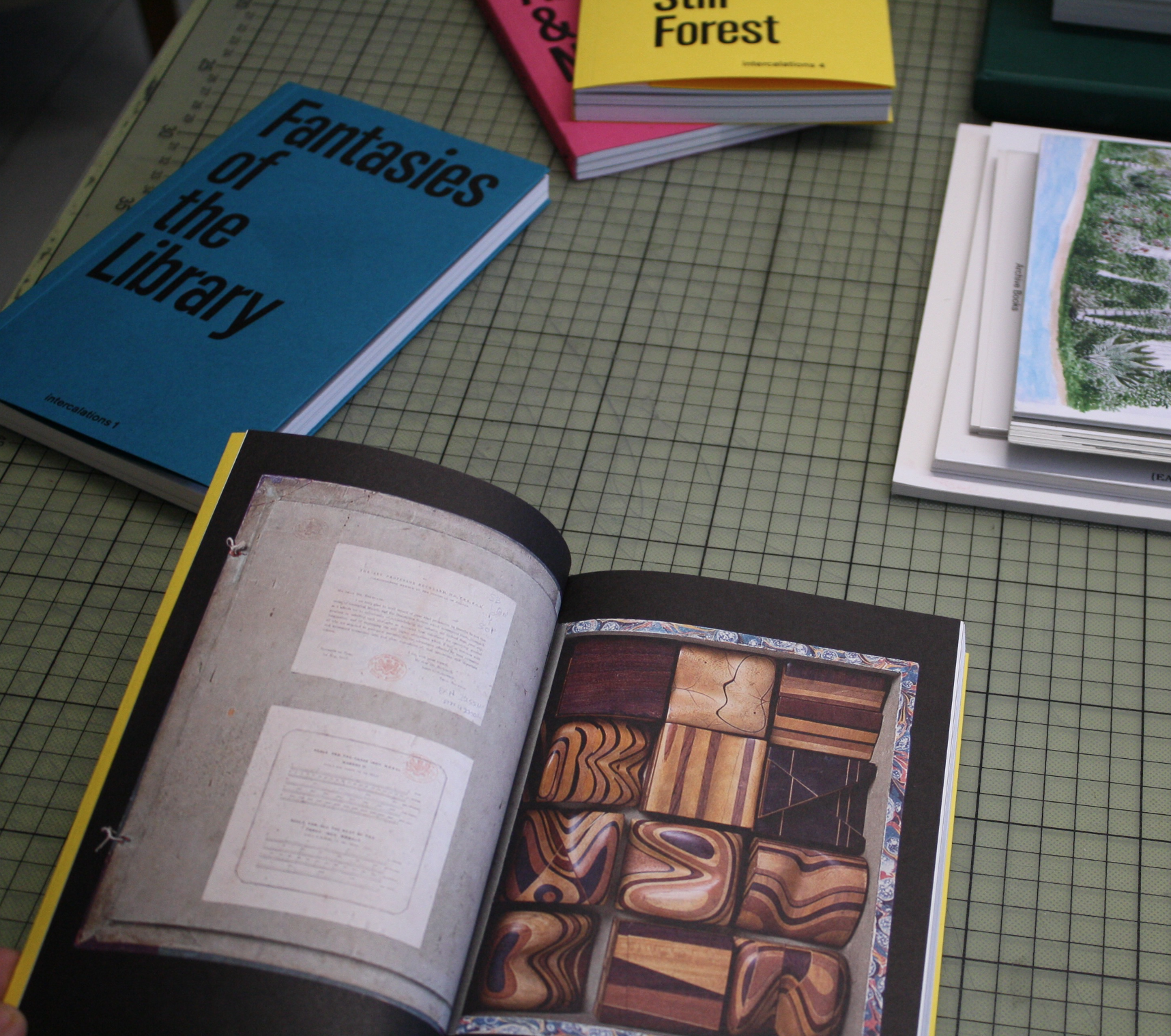 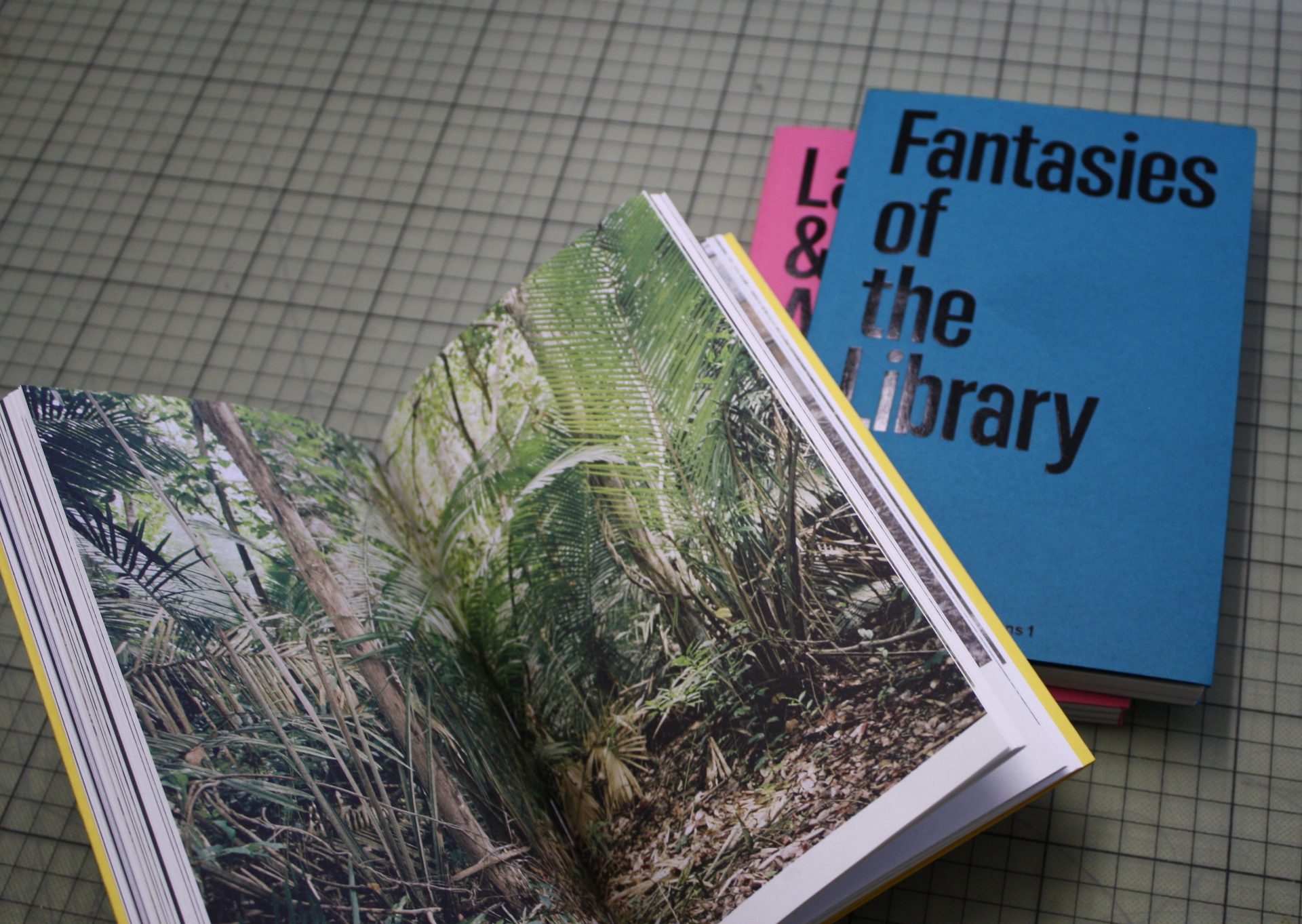 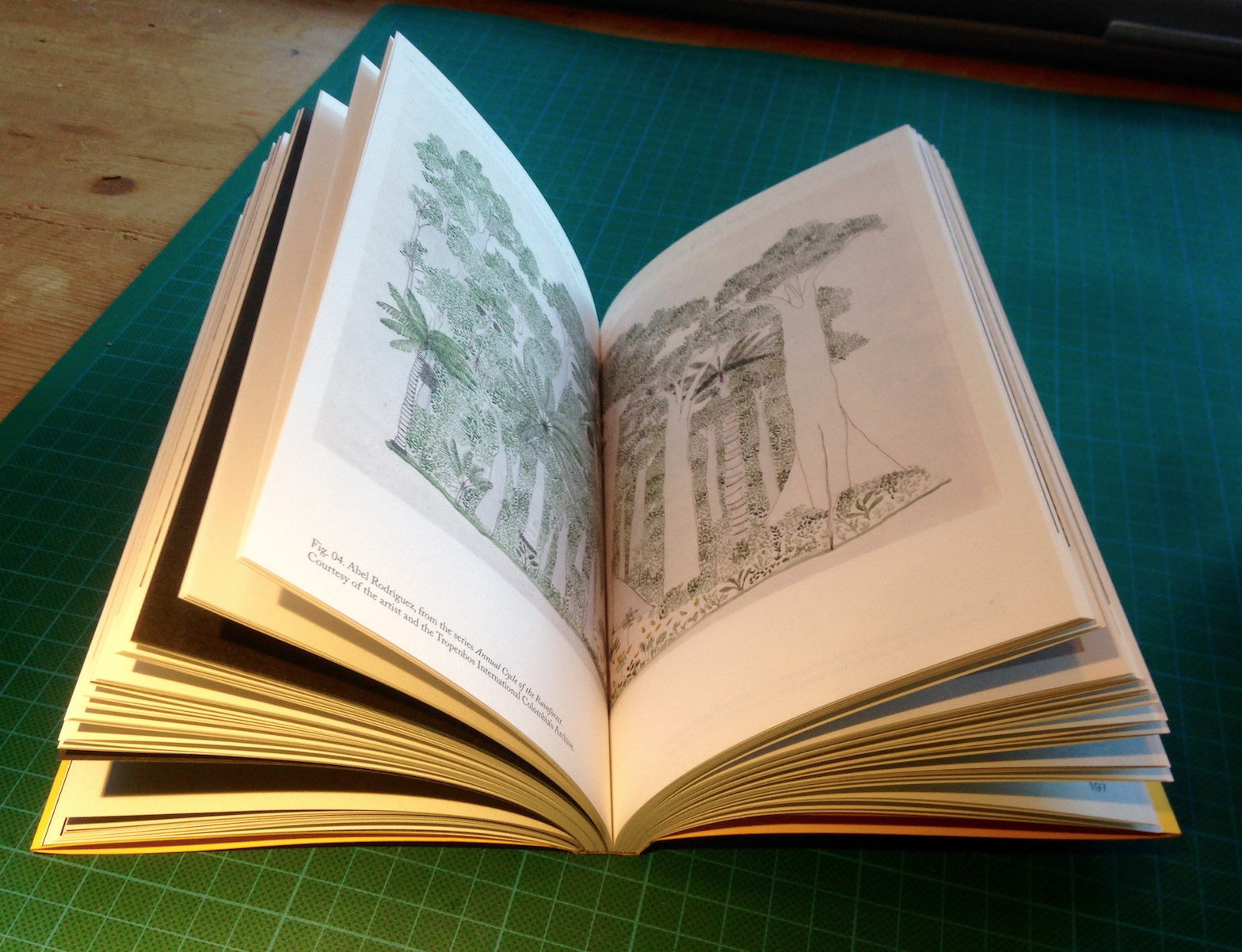 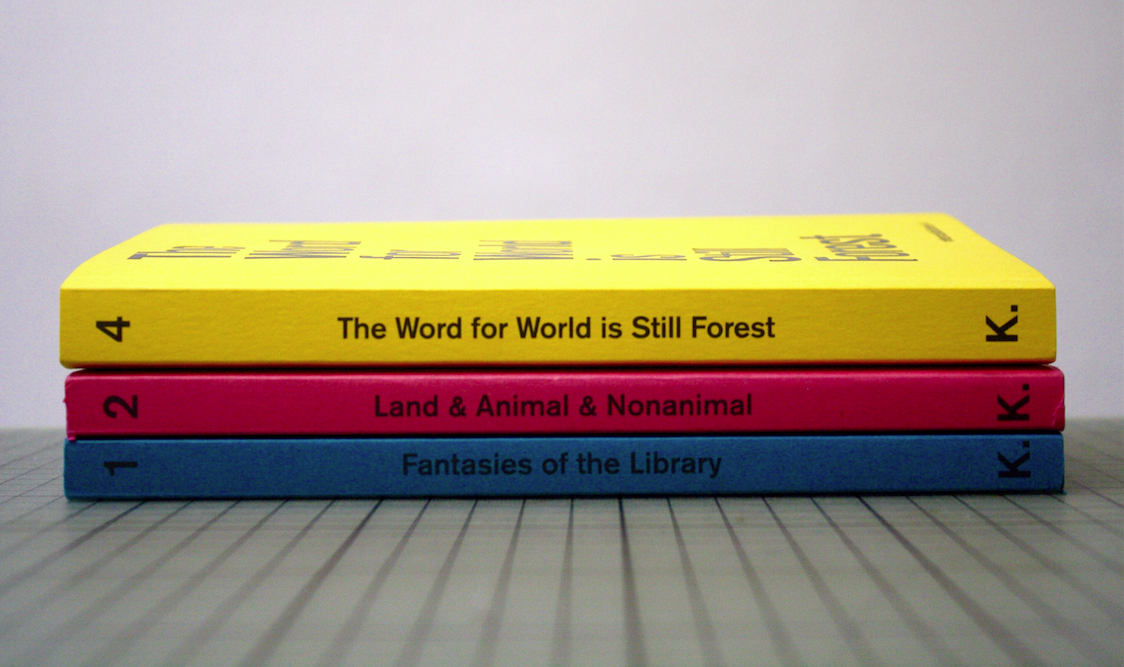 The Word for World is Still Forest

... creates a space for the reader-as-exhibition-viewer to consider how forests may be seen not only for their trees, but also how they can enable experiences of elegance, affirmation, and creation for a multitude of creatures. in response to their violent destruction, which characterizes the Anthropocene, these pages traverse various woodlands by way of their semiotic, socio-political, historical, and epistemic incitements in order to reveal how practices of care, concern, and attention also enable humans to inhabit and flourish in this world as forest.

Taking its title from Ursula K. Le Guin’s 1972 novella, The Word for World is Still Forest curates an homage to the forest as a turbulent, interconnected, multinature. Moving from concepts of the forest as a thinking organism to the linear monocultural plantations that now threaten the life of global forests, the volume includes an interview with anthropologist Eduardo Kohn on perspectival multinatural semiotics based on his observations in Ecuador as well as a piece by Canadian forest ecologist Suzanne Simard, with visualizations by Kevin Beiler, examining how fungi networks uptake nutrients of salmon brought from sea to river to land by grizzlies and wolves. Curator Dan Handel presents an excerpted exhibition on “wood” as a vital element of forest mythology and the driver of industrial resource management. Media designer and data curator Yanni A. Loukissas adds a series of reflections on botanical data from Harvard University’s Arnold Arboretum. An original typography of tree forms from artist Katie Holten’s Tree Alphabet reconnects the paper of the book page to its forest genealogy. Brazilian architect and urbanist Paulo Tavares contributes an annotated visual composition on Amazonian human rights violations and indigenous struggle, highlighting the hybrid literacies required by resistance movements fighting illegal logging and plantations. Shannon Lee Castleman also addresses illegal logging in her photo essay on the incremental harvesting practices in the diminished tropical forests of Indonesia, while the landscape architect Sandra Bartoli offers a little known history of the ancient trees of the urban forest known as the Berlin Tiergarten and Silvan Linden portrays a case study of Berlin's ever-more controversial urban “wild.” The Nonuya elder and shaman Abel Rodríguez contributes an oral narrative of the Ancestral Tree of Plenty, transcribed in collaboration with the Tropen Bos International Colombia forest conservation group, alongside a series of his drawings of medicinal plants used for botanical conservation efforts. In resonance, the book also contains an essay by Pedro Neves Marques about the particularity of Amerindian images of naturecultures. Finally, the book includes excerpts of Ursula K. Le Guin’s original book, The Word for World is Forest.

Co-published by K. Verlag and the Haus der Kulturen der Welt, Berlin. Made possible by the Schering Stiftung.