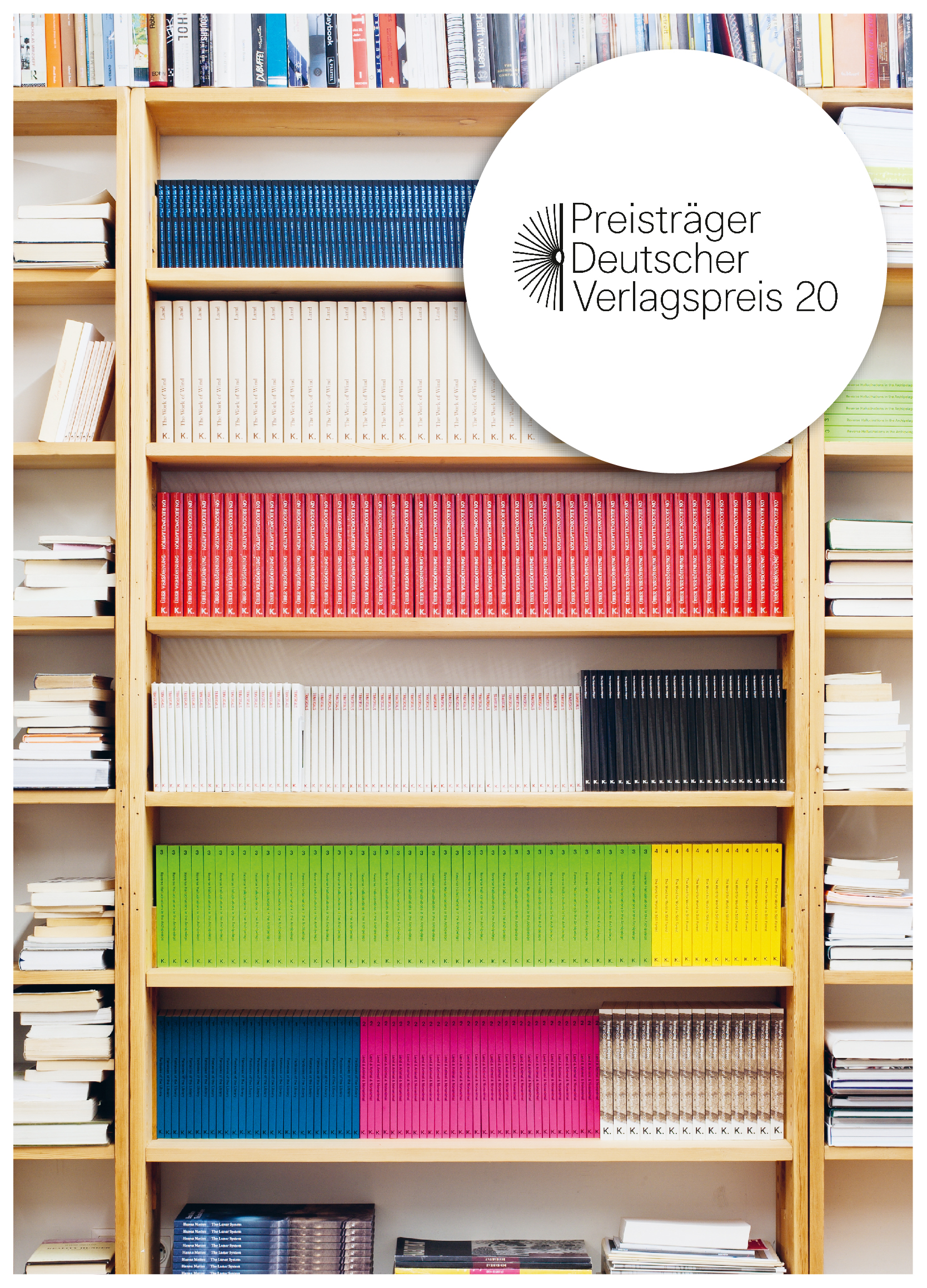 [Press release by the Federal Government Commissioner for Culture and the Media, May 18, 2020]

Minister of Culture, Monika Grütters, is honoring 66 small and independent publishers from all over Germany with the German Publishing Prize for the second time this year.

“The commitment of small and medium-sized independent publishers in particular makes book culture in Germany a lot richer—and thus also the spectrum of opinions and perspectives in public discourse,” said Grütters. “Publishers develop new literary and visual forms of expression and set the course for artistic developments. They create hand-picked books, make literary gems visible and thus ensure pure happiness. Above all, however, they keep discovering new talented, promising authors and support them on their artistic path from the imaginative idea to the finished work. In order to be able to provide powerful support for this work, we increased the budget for publishing support from one and a half to two million euros with the help of the German Bundestag.”

The German Publishing Prize is awarded in three categories:

_ For the special quality, sustainability, and innovative strength

of their work three outstanding publishers received a seal of

_ To honor their excellence, 60 more publishers are awarded

_ Three publishers, whose average annual sales are over three

The number of applicants rose from 312 to 334 this year compared to the previous year. The decisive criteria for the selection by the independent jury were—in addition to a convincing publishing program—the cultural commitment of the applicants, the implementation of innovative projects or the extraordinarily high quality of the publishing work.

The jury, chaired by Germanist and literary critic, Insa Wilke, includes literary translator, Patricia Klobusiczky, the person responsible for business development at the Frankfurt Book Fair, Lars Birken-Bertsch, and bookseller and bookstagrammer, Florian Valerius. Other members are the head of the FAZ’s feature section, Hannes Hintermeier, the freelance manufacturer and book designer, Hans-Heinrich Ruta, and the literary scholar and director of the Literaturhaus Hamburg, Rainer Moritz. [ Jury statement in German ]

The winners of the German Publishing Prize 2020 in one of the two endowed categories are: