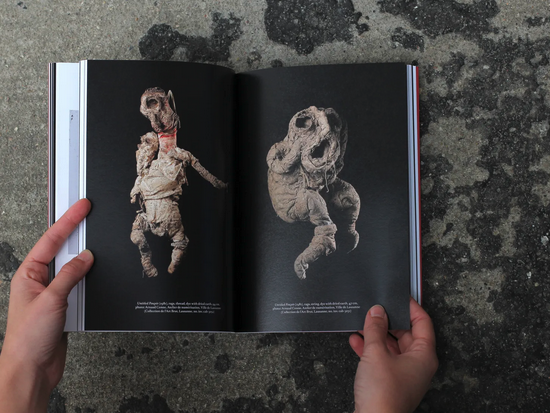 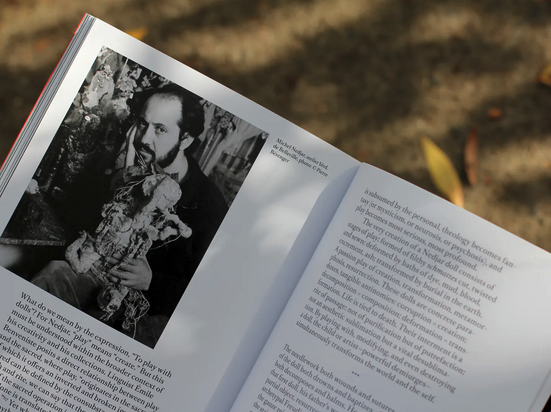 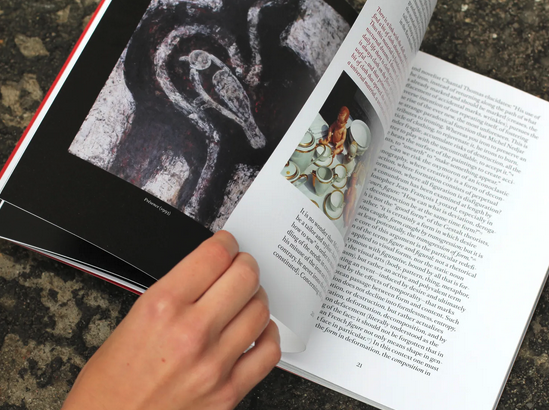 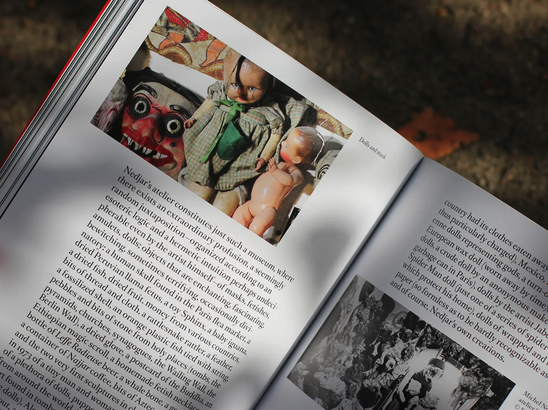 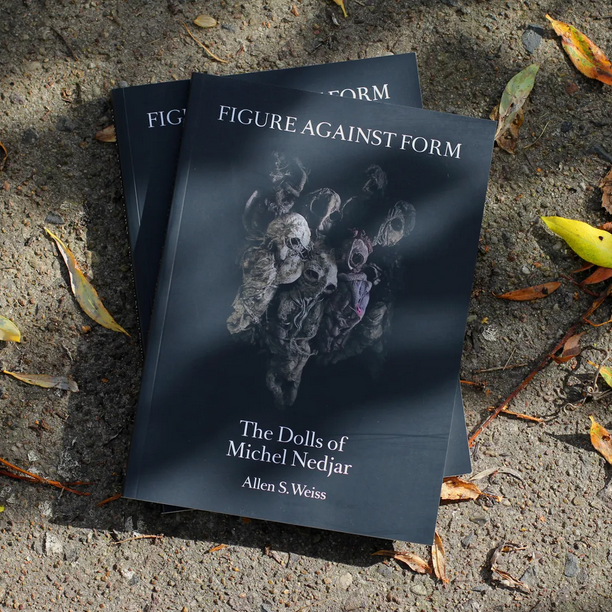 Figure Against Form: The Dolls of Michel Nedjar

Monster or marvel, totem or fetish, icon or idol, every doll created by contemporary French artist Michel Nedjar is a memento mori, a lamentation. These dolls both wound and protect. They indicate those terrors, inexorable and insidious, that exist not only in the world, but also within ourselves. Nedjar: The doll is my survival. The doll is what compels me not to lose my humanity. What is a doll? The doll is the thing that helped me to not flounder. The doll is what gave my existence its manner of seeing the world. What is a doll? That is what I still want to know.

MICHEL NEDJAR was born in 1947 in the Parisian suburb of Soisy-sous-Montmorency to an Algerian Jewish father and a Polish Jewish mother. His discovery of the Holocaust, in which he lost several family members, occurred with the shock of seeing Alain Resnais’s film Nuit et brouillard (Night and Fog), which inspired both his drawing and doll-making. Following his encounter with avant-garde filmmaker Teo Hernández, he began extensive travels, especially in India, Morocco, and Mexico, became an avant-garde filmmaker (having participated in the group MétroBarbèsRochechouArt), and generally began his artistic endeavors, notably his Poupées. At the same time, he was a co-founder of the major museum of Art Brut in France, L’Aracine, now part of the Lille Métropole musée d’art moderne, d’art contemporain et d’art brut (LaM). His work is included in the collections of numerous museums, including the Musée d’art et d’histoire du Judaïsme (Paris), the Collection de l’Art Brut (Lausanne), and Les Abattoirs (Paris) as part of the Daniel Cordier Donation to the Centre Pompidou, and he has regularly exhibited around the world, notably with retrospective exhibitions in Germany and Holland (Les Ongles en Deuil, 1995–96), Austria and Switzerland (animo.!, 2008–09), France (Chairdâme, 2001; Introspective, 2017; Filiations, 2021).

ALLEN S. WEISS is the author and editor of over forty books, including Unpacking My Library, or, The Autobiography of Teddy; Phantasmic Radio; Feast and Folly; and Zen Landscapes; he also contributed the photographic illustrations to Chantal Thomas, East Village Blues. His radio work includes L’Indomptable (a documentary on dolls for France Culture, co-produced with Gregory Whitehead) and Glissando (Deutschlandfunk Kultur). He directed Theater of the Ears/Théâtre des oreilles (a play for electronic marionette and taped voice based on the writings of Valère Novarina), whose tour ended at the Avignon OFF Festival, and Danse macabre (a marionette theater for the dolls of Michel Nedjar), which was featured in the exhibition and catalog Poupées (Gallimard) that he curated at the Halle Saint Pierre in Paris, and then appeared in three forms (performance, installation, theater) at the In Transit Festival of the Haus der Kulturen der Welt in Berlin. Most recently, he directed and produced (with Tom Rasky) a documentary film on Nedjar, Poupées des ténèbres/Dolls of Darkness. He is Distinguished Teacher in the Departments of Performance Studies and Cinema Studies in the Tisch School of the Arts at New York University.

Figure Against Form: The Dolls of Michel Nedjar. Text and photos by Allen S. Weiss

Edited by Etienne Turpin and designed by K. Verlag in collaboration with Wolfgang Hückel & Katharina Tauer.