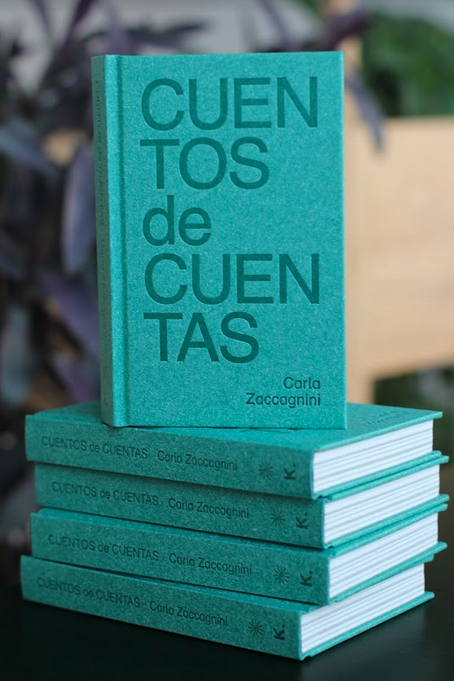 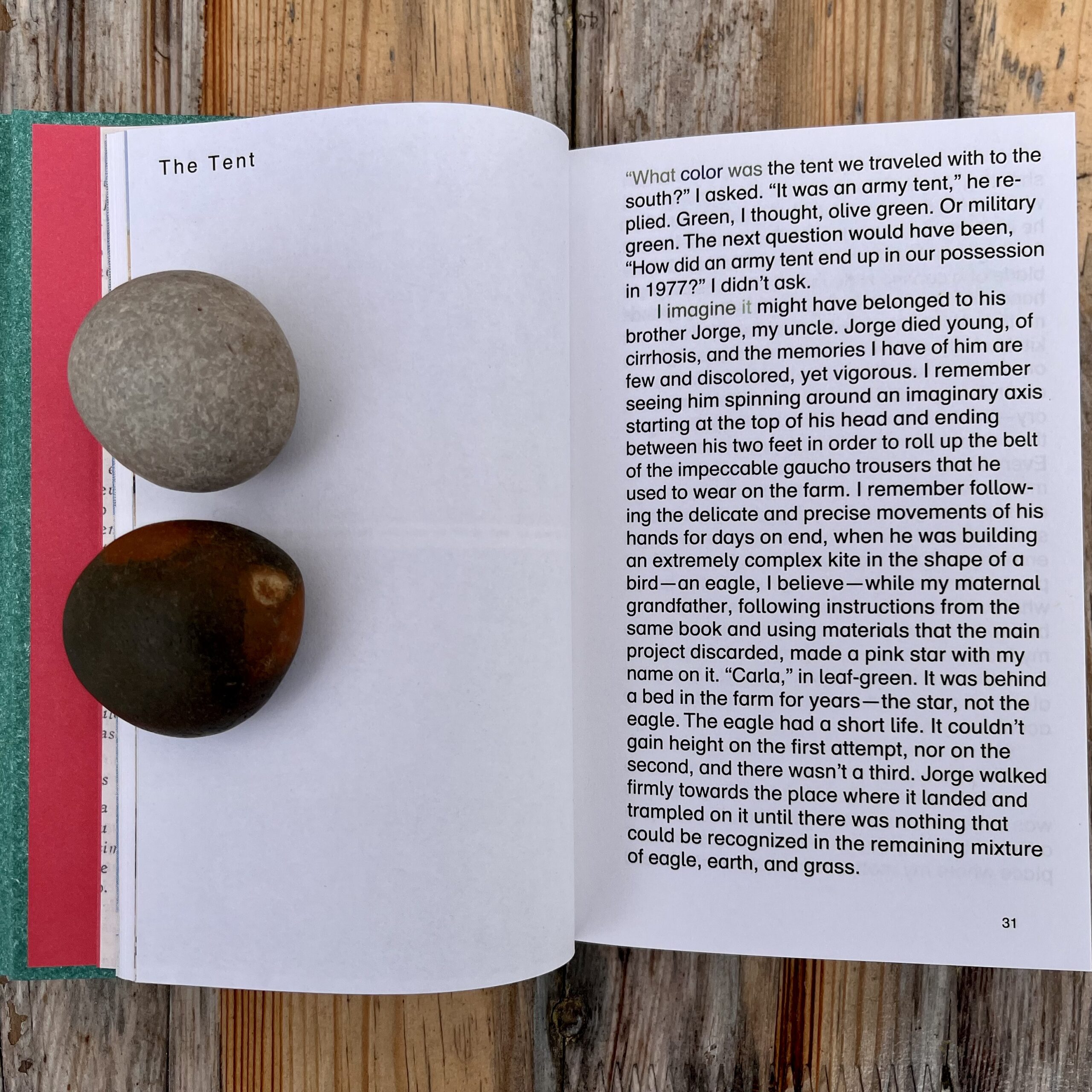 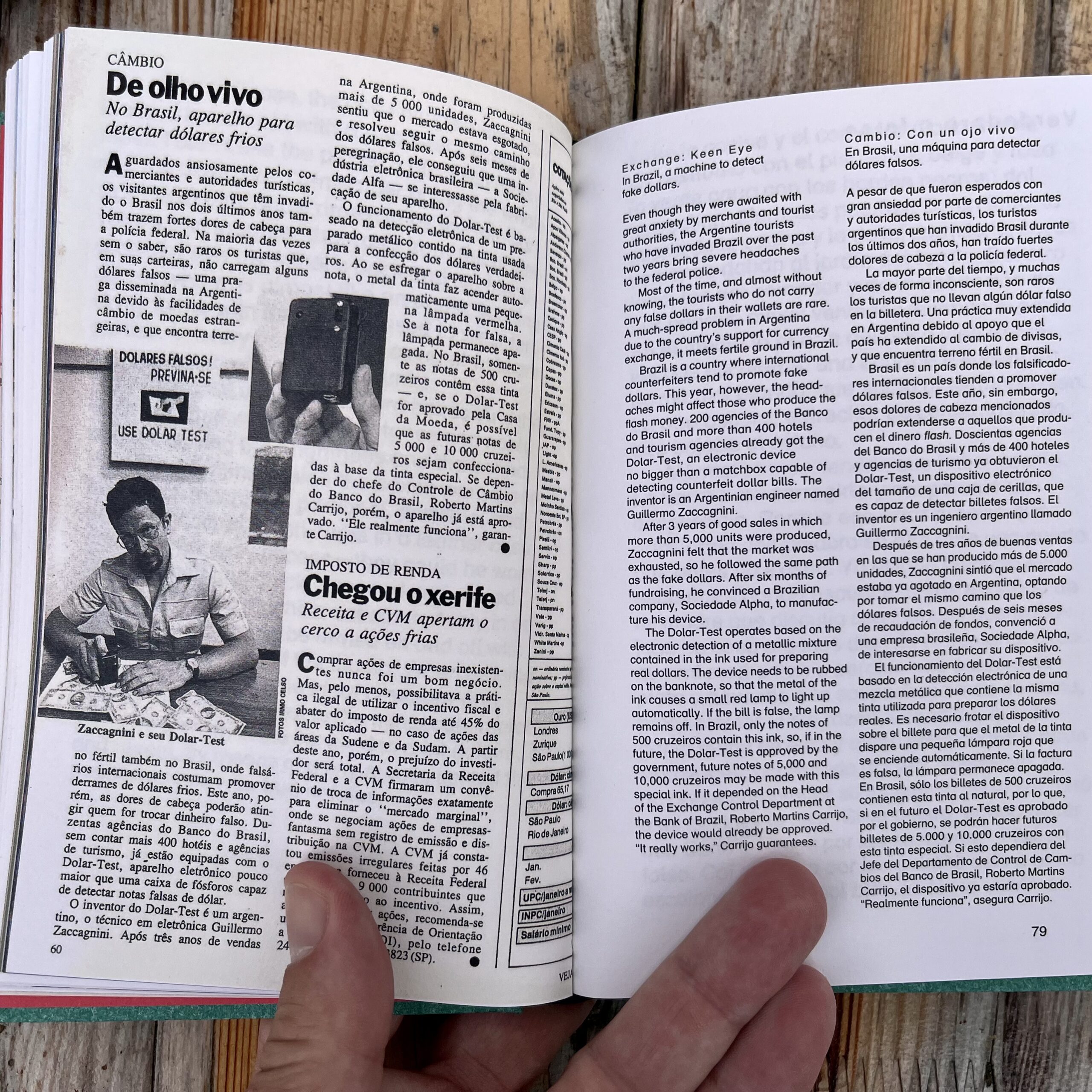 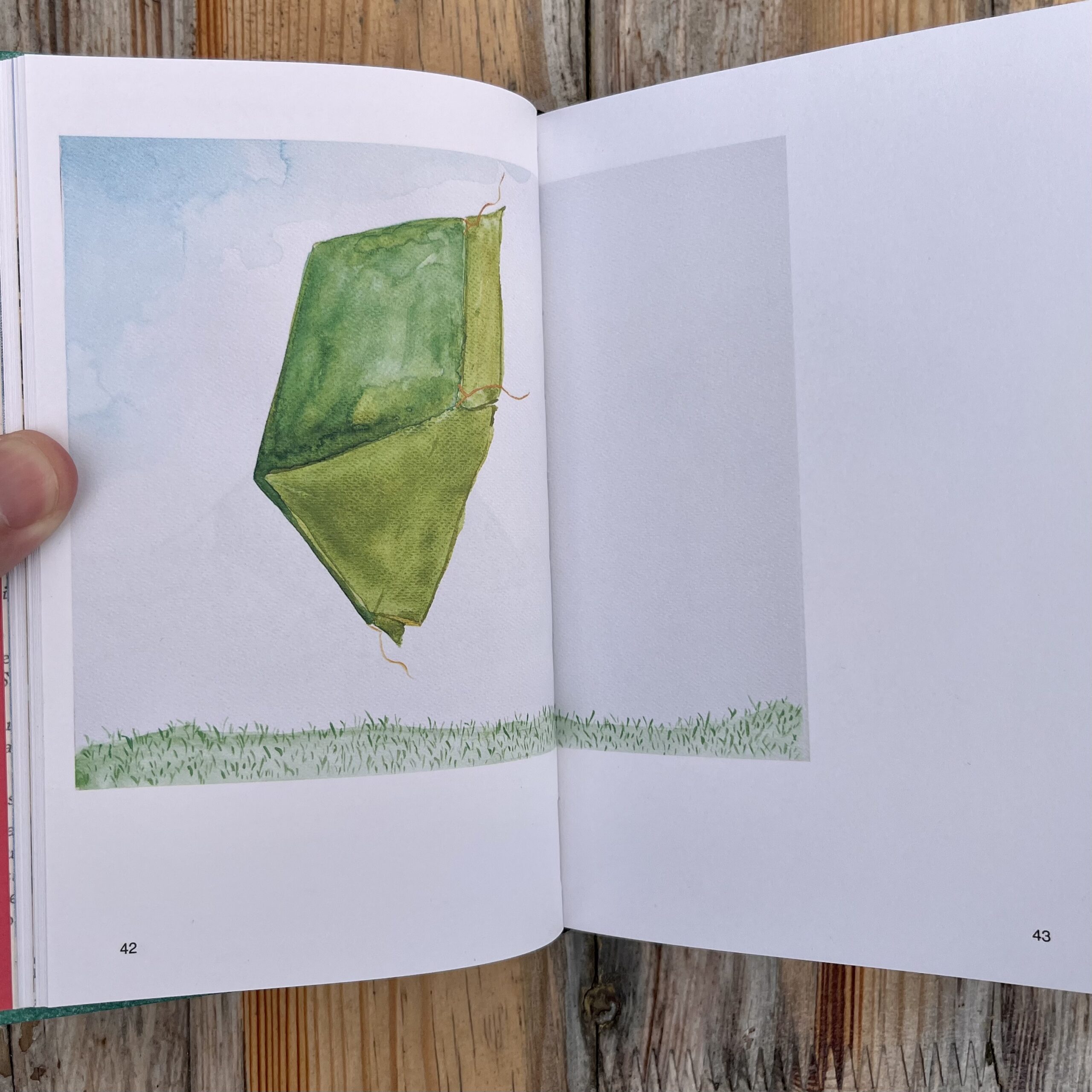 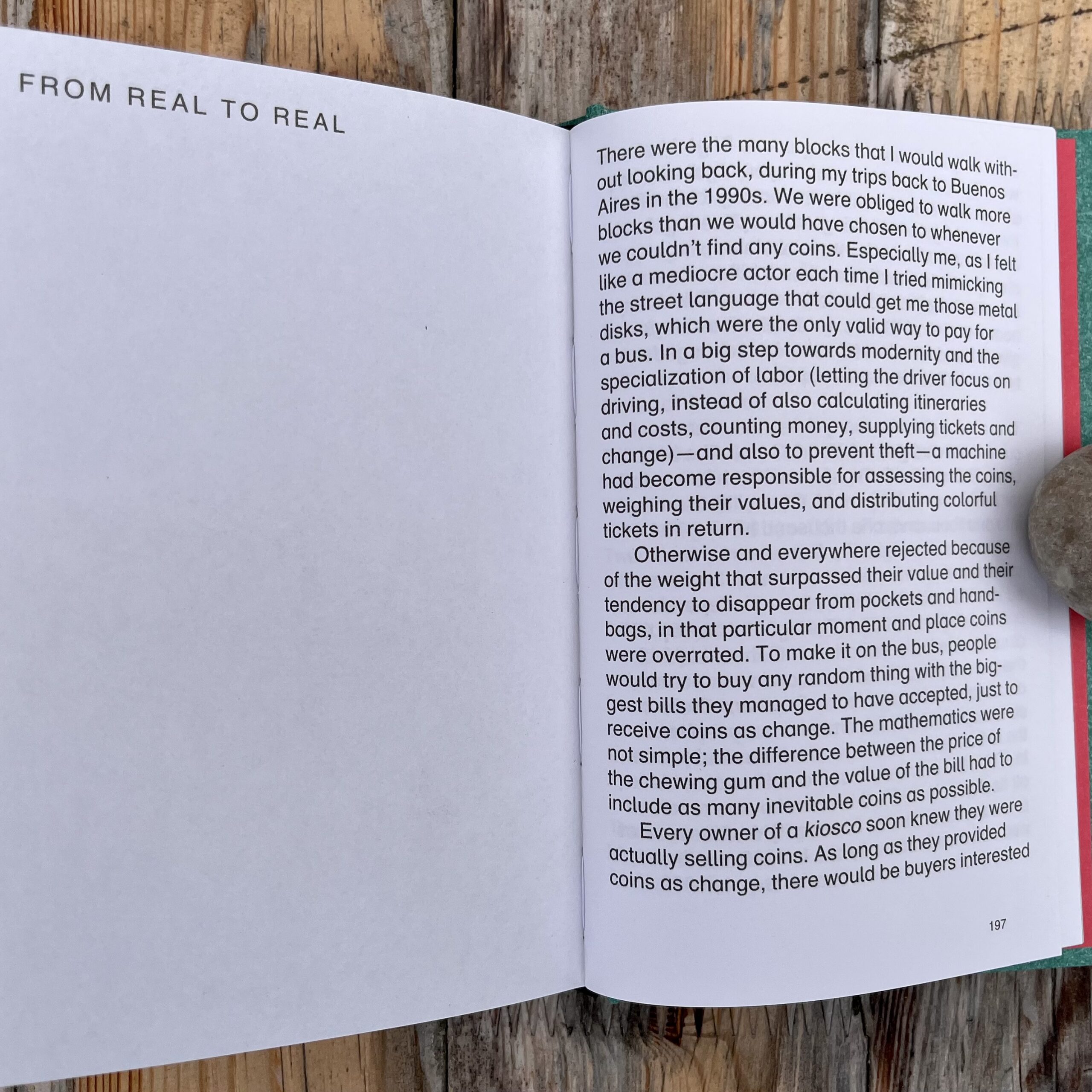 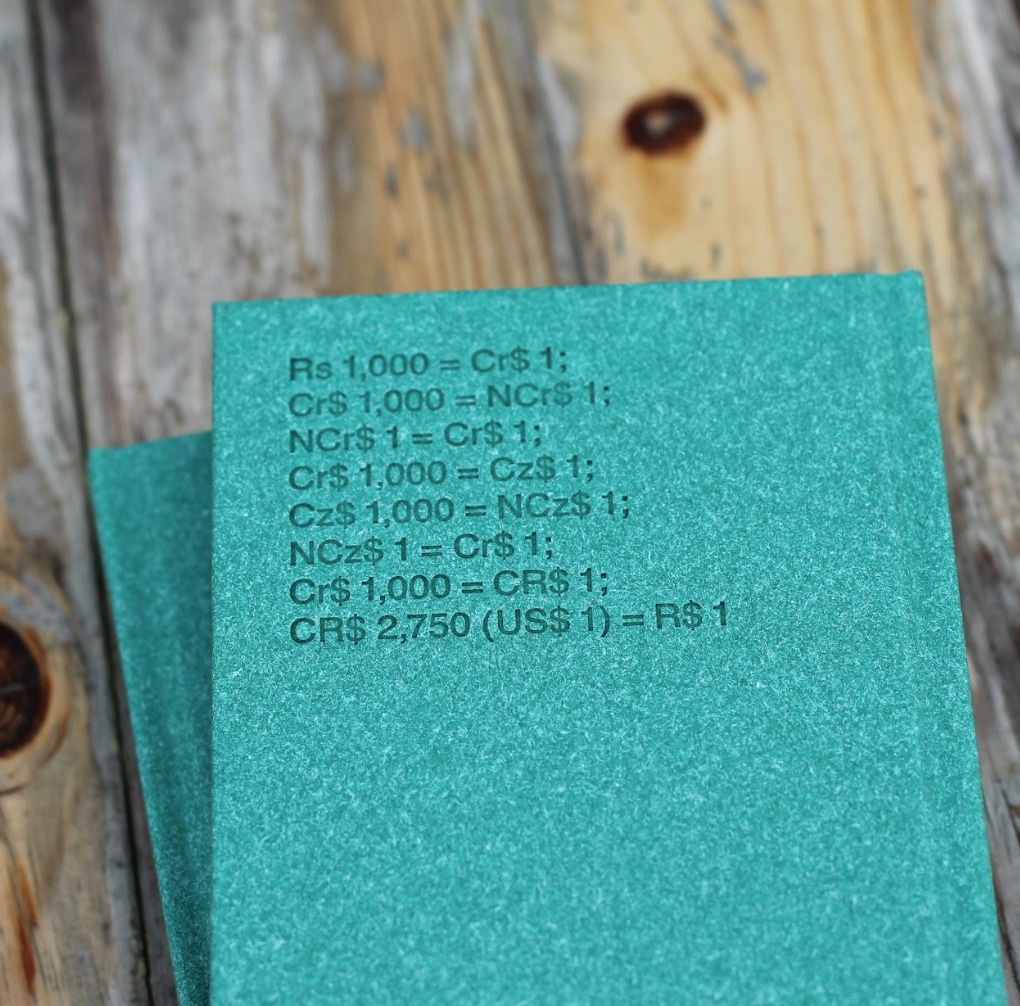 Cuentos de Cuentas brings together a series of recollections from Zaccagnini’s childhood in Brazil and Argentina in the 1980s. Punctuated by childhood drawings and personal photographs, the stories are structured around specific objects—a tent, a jar, a vest, etcetera—that were pivotal in enabling secret economic transactions. Her research reflects on the old tactics and strategies necessary to keep and transport money when it was still an object to be kept safe, secret, and under wraps. Taking these transactions as points of departure, she reveals how the digital revolution has led to a radical departure from the traditional monetary exchange model. The replacement of the banknote as a tangible object through digitalization works in tandem with the logic of late capitalism: the disappearance of the unitary subject in a moment of high inflation, political incertitude, and social insecurity.

CARLA ZACCAGNINI was born in Buenos Aires, Argentina in 1973. She currently lives between São Paulo, Brazil and Malmö, Sweden and is a visual artist, professor of Conceptual and Contextual Practices at the Royal Danish Academy of Fine Arts, and guest curator of the 34th Bienal de São Paulo. Group shows in which she has participated include SPRÅK, Havremagasinet, Länskonsthall (2020); Shout Fire, Röda Sten Konsthall, Gothenburg (2018); A Universal History of Infamy, LACMA, Los Angeles (2017); Carla Zaccagnini and Runo Lagomarsino, Konsthall, Malmö (2015); Un saber realmente útil, Museo Reina Sofía, Madrid (2014); Under the Same Sun, Guggenheim Museum, New York (2014). She has participated in the 8th Berlin Biennale (2014), the 9th Shanghai Biennale (2012), and the 28th Bienal de São Paulo (2008). Her recent solo shows include Mañana iba a ser ayer, MUNTREF, Buenos Aires (2019); You say you are one, I hear we are many, Obra, Malmö (2019); Historias feministas: Carla Zaccagnini, MASP, São Paulo (2015), and Elements of Beauty, Van Abbemuseum, Eindhoven/FirstSite, Colchester (2015).

Exhibition review by Sheelah Kolhatkar in The New Yorker, May 2nd, 2022

The release of the published book coincides with Zaccagnini’s solo exhibition Accounts of Accounting at Amant in Brooklyn.