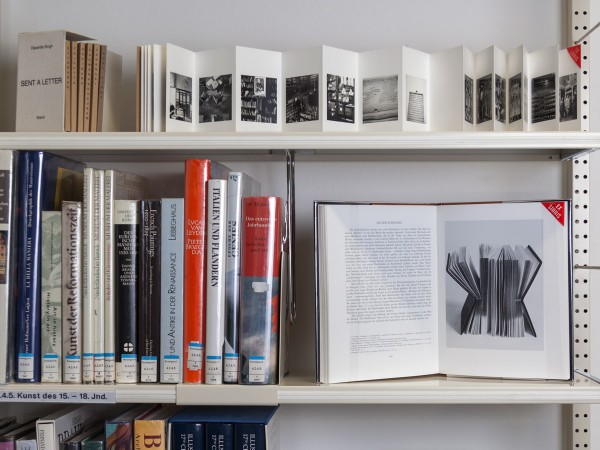 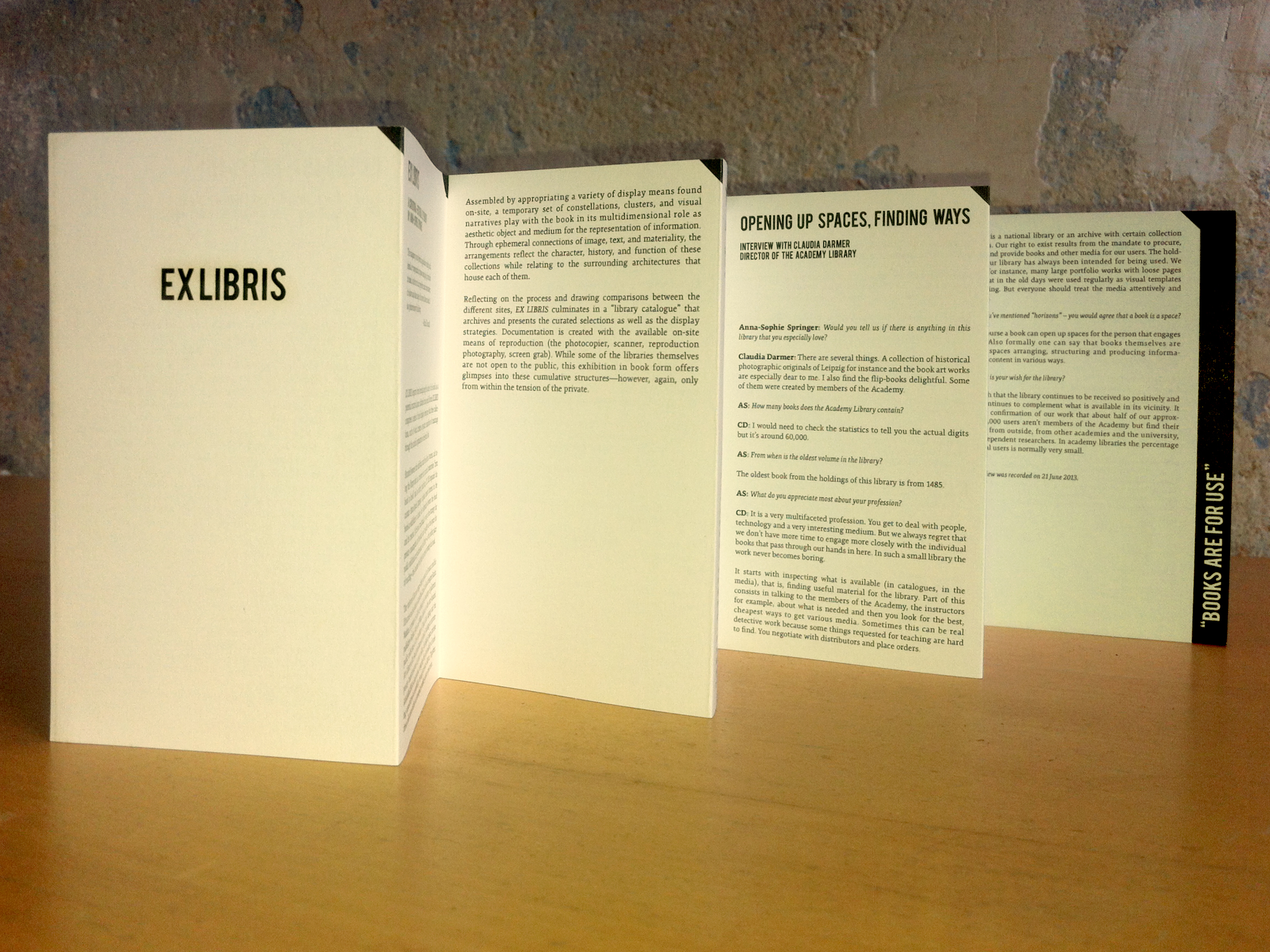 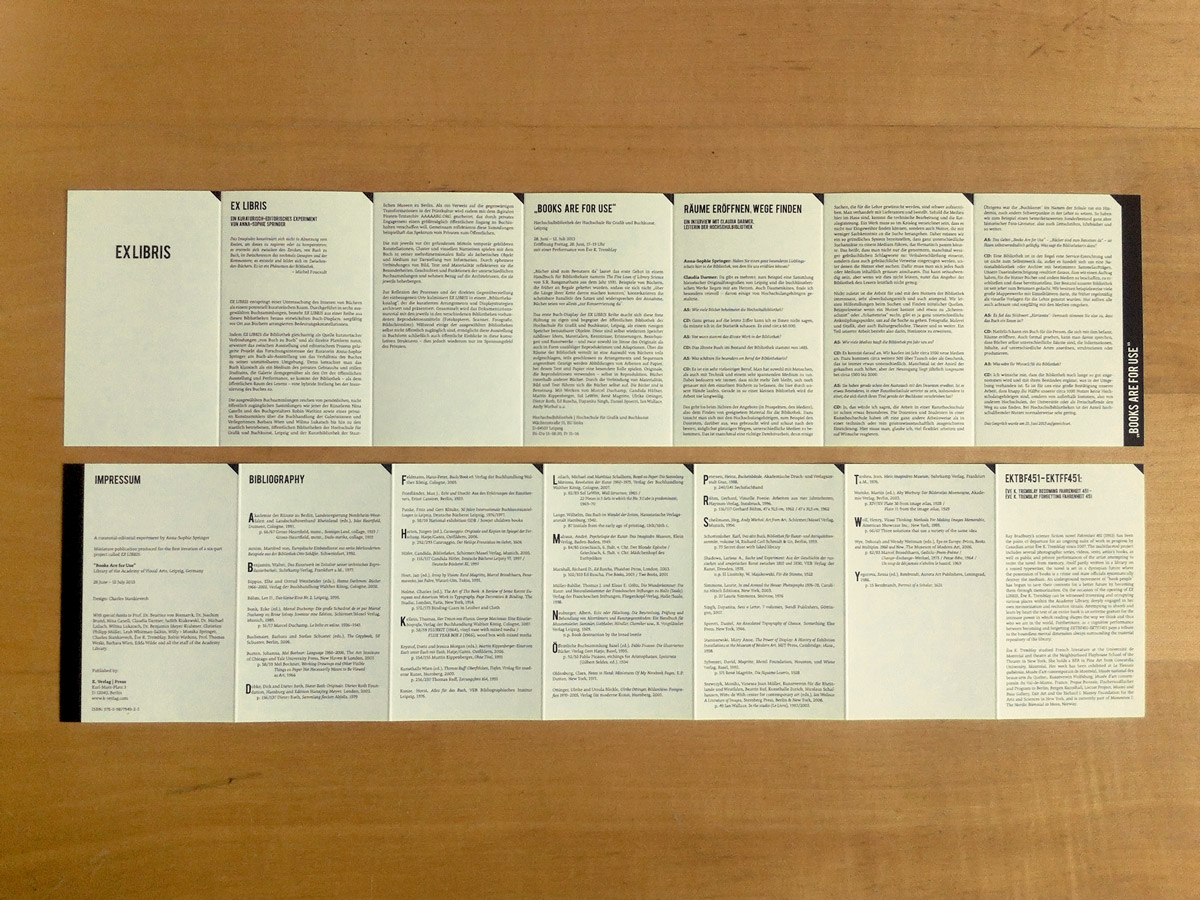 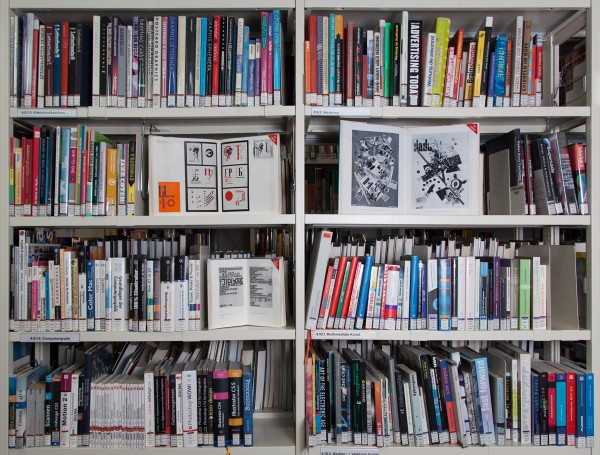 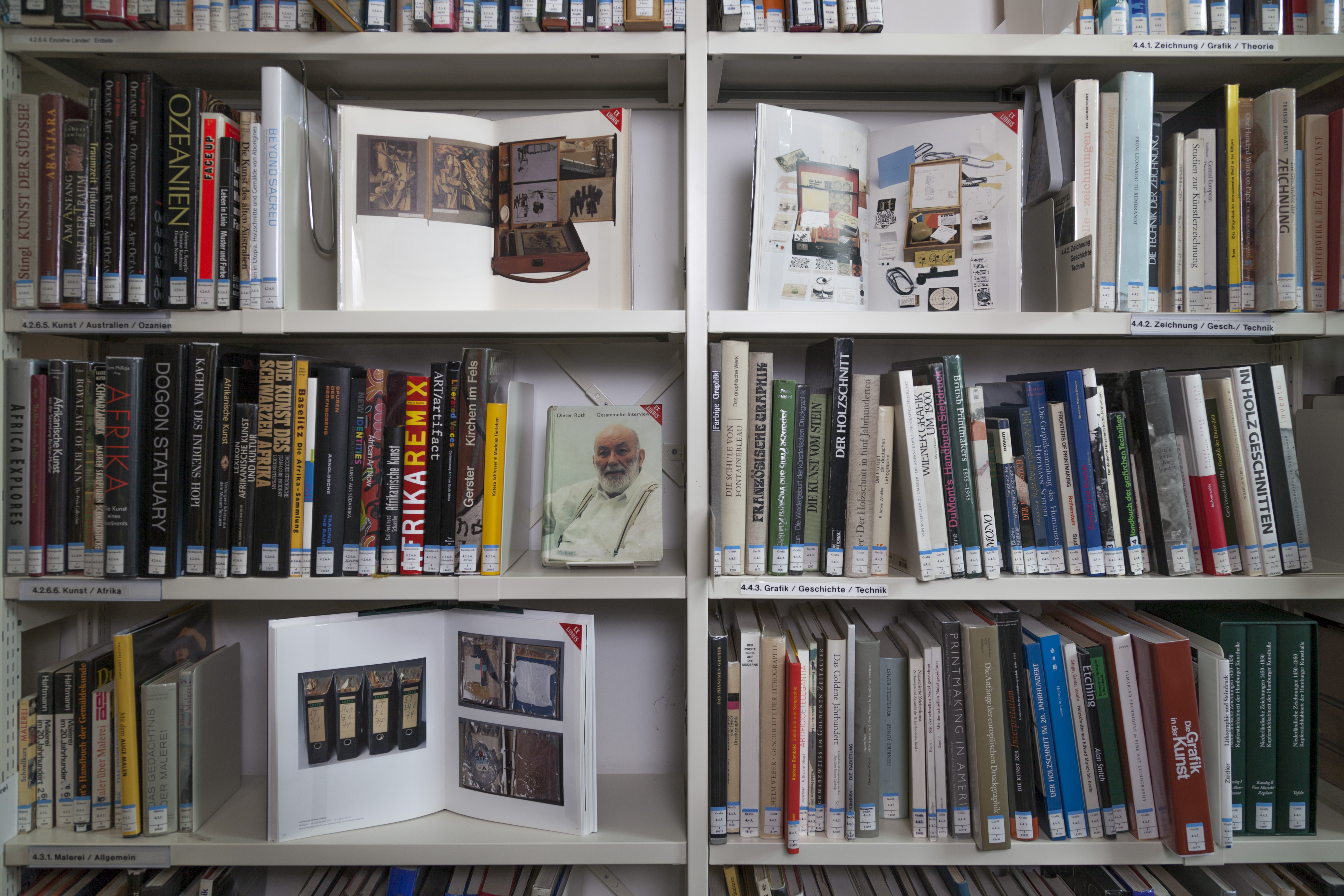 Books Are For Use

“Books Are for Use” is the first imperative S. R. Ranganathan discusses in his seminal guide to librarians, The Five Laws of Library Science, from 1931. Examples of historic practices of books kept chained to their shelves, unable “to migrate … beyond the length of the chain,” defend the statement against a seeming triviality and the sole assumption that “books are for preservation.”

The first book display in the EX LIBRIS series embraces this attitude of freedom and approaches the site of the public library at the Academy of Visual Arts, Leipzig as a repository full of useful objects, themselves repositories stuffed with ideas, materials, knowledge, memories, relations, and artworks—both in original terms and as countless reproductions and adaptations. Spread throughout the spaces of the library, a selection of books have been opened, arranged and assembled. Presented are images of works on paper, using paper; originals, sometimes themselves based on reproductions, shown in reproduction; books within books. As combinations of materiality, image, and text, the books perform themselves. The books are in use. With works by Marcel Duchamp, Candida Höfner, Martin Kippenberger, Sol LeWitt, René Magritte, Ulrike Ottinger, Dieter Roth, Ed Ruscha, Dayanita Singh, Daniel Spoerri, Ian Wallace, Andy Warhol, and others.

Ray Bradbury’s science fiction novel Fahrenheit 451 (1953) has been the point of departure for an ongoing suite of work in progress by Canadian artist Ève K. Tremblay since 2007. The multifaceted project includes several photographic series, videos, texts, artist’s books, as well as public and private performances of the artist attempting to recite the novel from memory. On the occasion of the opening of EX LIBRIS, Tremblay could be witnessed traversing and occupying various places within the Academy Library, deeply engaged in her own memorization and recitation rituals. Attempting to absorb and learn by heart the text of an entire book is an extreme gesture for the intimate power in which reading shapes the way we think and thus who we are in the world. Furthermore, as a cognitive performance between becoming and forgetting EKTBF451-EKTFF451 pays a tribute to the boundless mental dimension always surrounding the material repository of the library.

EX LIBRIS: “Books Are For Use”