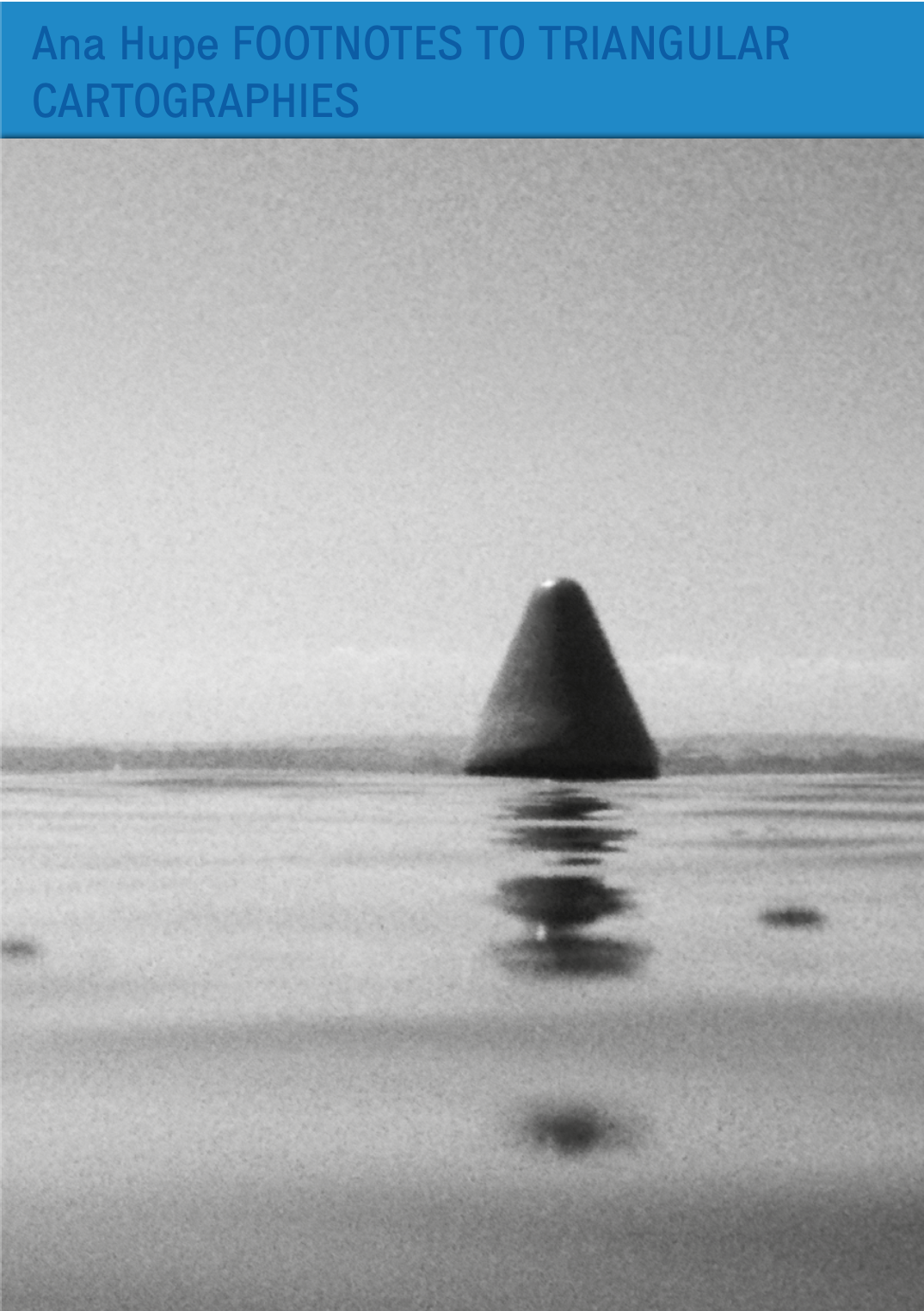 In Footnotes to Triangular Cartographies, the notes become the body of the text. A detail observed along a boulevard of imperial palms in Havana connects the gardens of the Portuguese court in colonial Brazil to an ancient currency in West Africa. In her travel writings, Ana Hupe maps historical relationships as she immerses herself in Yoruba philosophy. The book thus relays an intermittent incursion into the universe of invisible and poetic forces, which teach that some apparent coincidences can also be recognized as synchronicities that re-enchant worlds and increase speculative capacities. As an encounter between the visual arts and the disciplines of anthropology, art history, literature, photography, and philosophy, this volume in the Processing Process series of artists’ monographs also moves through Brazil, Cuba, and Nigeria on its way to other destinations, and other destinies.

ANA HUPE, born 1983 in Rio de Janeiro, Brazil, is based in Berlin. She dedicates her artistic work to building counter-memories of colonial archives by interweaving lesser known histories of resistance in installations with multidirectional narratives. She received her Ph.D. in fine arts from the Federal University of Rio de Janeiro in 2016 and spent one year at University of the Arts (UdK) Berlin, where she researched with supervision by Hito Steyerl. Hupe applies various techniques, such as lens-based media, texts, printmaking, and sculpture, and her works are in the collections of Essex Collection of Art from Latin America (ESCALA), UK; Museum of Modern Art, Rio de Janeiro; and, Institute for National Historical and Artistic Inheritance (IPHAN), Brazil.

Forthcoming in October 2022 – available for pre-order