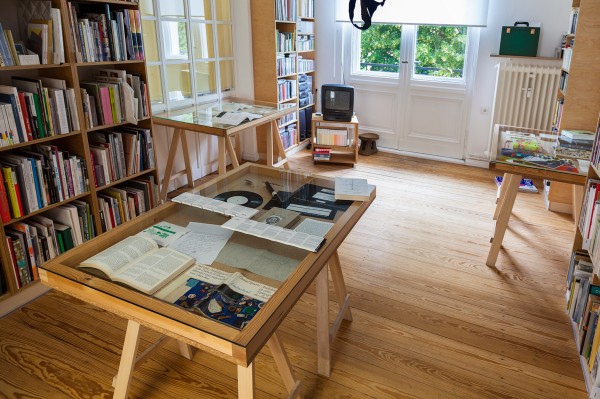 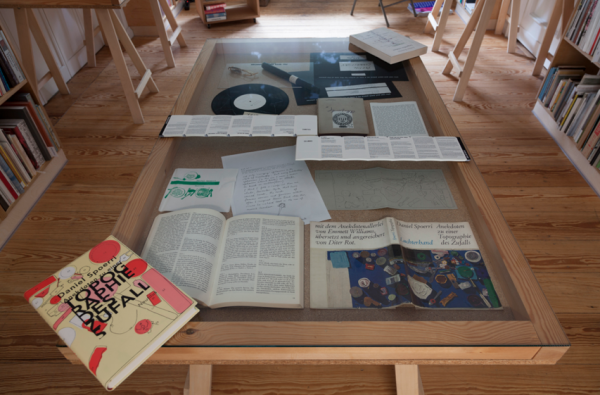 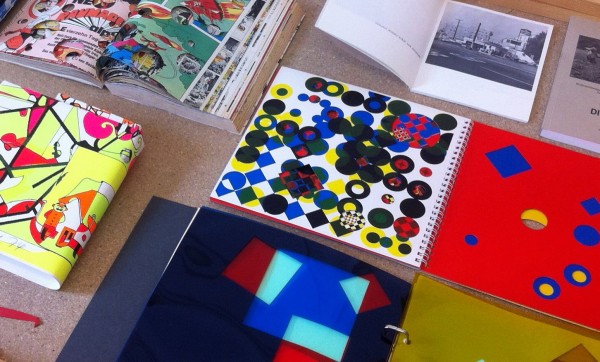 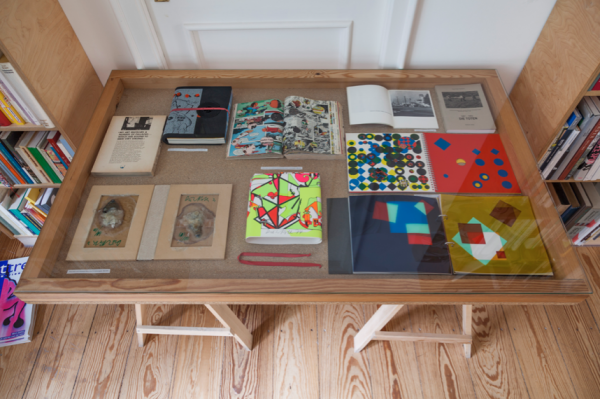 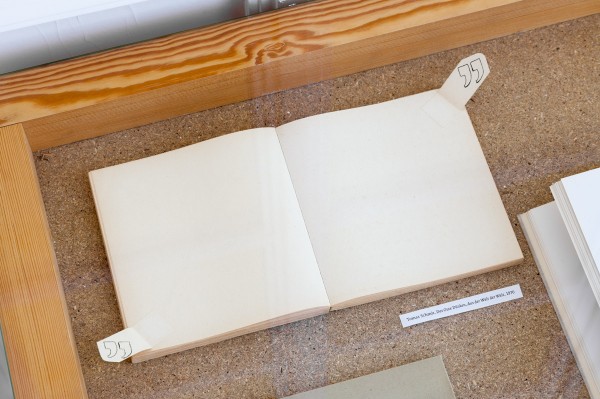 Subtitled with an adapted quote of Daniel Spoerri’s multilayered book project, Topographie Anécdotée* du Hasard (1961–98), the second book display in the series of EX LIBRIS emerged from personal conversations with the gallerists and publishers Barbara Wien and Wilma Lukatsch.

A desire to support the connections between art and the world of the book lies at the heart of the work of Barbara Wien and Wilma Lukatsch. Founded in 1988 by Barbara Wien as the press and bookshop “Wiens Laden & Verlag” in West-Berlin, by today, a quarter century later, Wien has developed the gallery and bookshop to one of Berlin’s most interesting places for art and publishing. Nowadays located at its fourth address, the gallery has a history of regularly showing exhibitions by artists for whom the book is a central medium and has always been extended by an exquisitely stocked bookshop specialized in rarities of Fluxus and Conceptual Art.

In 1994 Barbara Wien edited the collected writings by Arthur Köpcke and in 2002 the collected interviews by Dieter Roth. Since 2008 Wilma Lukatsch and Barbara Wien have co-edited several books published by the press Wiens Verlag. One of these is the interview book Tomas Schmit / Wilma Lukatsch, Dreizehn Montagsgespräche, which is currently being translated into English. The publication series how to write, for which Wien and Lukatsch have co-edited several selected artist’s writings is a serial publishing project started in early 2013.

Presented in and on several table vitrines, the display of Anekdotische Topografien is integrated into the everyday scenery of the bookshop. A constellation of publications reflects the history of the place while trying to map these works in a larger context of artists book production and the question of the book-as-exhibition. In the focus are books and bookworks by Nina Canell, Hans-Peter Feldmann, Gundi Feyrer, Arthur Köpcke, George Maciunas, Nam June Paik, Dieter Roth, Ed Ruscha, Tomas Schmit, Daniel Spoerri, Emmett Williams, and others. A complete series of Dieter Roth’s luxury edition of his Collected Works is displayed in a glass cabinet.